The story of three best friends: one who was murdered, one who went to prison, and one who's been searching for the truth all these years . . . 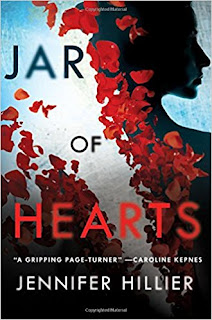 "I couldn’t have written this book a day sooner than I started. I had to get my heart broken, start over, fall in love, get married again, have a baby, write and publish four books, struggle with my self-confidence as a writer, and move about a hundred times (okay, more like eight times in ten years, but whatever, it’s still too much) to get good enough, and sad enough, and angry enough, and motivated enough to write this book. In other words, I had to live my life. As all writers do. It’s fiction, but it all comes from somewhere real." 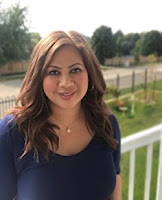 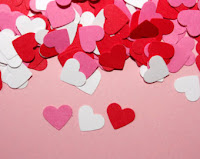 "JAR of HEARTS is harrowing and intense...with a central character you won't soon forget. Jennifer Hillier locks you in on the first page, and astonishes to the last."
―Joseph Finder, New York Times bestselling author of THE SWITCH

"...because the story is hers, Geo, which gave me the freedom to explore her every thought, feeling, and decision. (It also helps that I’ve long stopped worrying about making my protagonists likable - I’m more concerned about complexity). The bigger challenge was writing Kaiser, whose POV makes up two-fifths of the book. Writing how he sees her - which reflects how the world sees her - was a hell of a lot harder, because he’s the moral compass of the story. The lines are so blurred in Geo’s head that it becomes difficult to remember what’s right and what’s wrong, where the lines are drawn, where the boundaries are. She’s a hole we can’t help but sink into. Kaiser is the safety rope, the slap back to reality, the cue to how to feel about what she’s done, and the reminder that there are painful consequences to terrible decisions. It was much harder to get that right, because his perspective on her story was so important for balance and believability." - Jennifer Hillier

Sarah Chen
"I love that you're featuring Jennifer Hillier's latest! My favorite part of JAR OF HEARTS is Georgina “Geo” Shaw. She is the most complicated, sympathetic, and hated main character I have come across in a long time. For a character to create such a tug of war inside of me, it takes an especially talented and courageous writer to accomplish this. It’s Geo who compelled me to turn the pages: her audacity to move on with her life after such a horrific crime, her overwhelming guilt in being complicit, and her grim determination to put her life back together. I both admired and abhorred her. When I think about this book, it’s not the brutal violence or disturbing sexual abuse that haunts me; it’s the sobering realization that Geo could be any one of us."

Here's the link to my Goodreads review: goo.gl/qUD7hN

Sarah M. Chen has worked a variety of odd jobs ranging from script reader to bartender and is now an indie bookseller and private investigator assistant. Sarah's crime fiction has been accepted for publication by All Due Respect, Akashic, Shotgun Honey, Crime Factory, Out of the Gutter, Dead Guns Press and Betty Fedora. Her debut novel with All Due Respect Books, CLEANING UP FINN, is a Lefty and Anthony finalist and IPPY award winner. Visit Sarah at www.sarahmchen.com.

"Jar of Hearts is amazing. Hillier commands time shifts like Escher commanded depth. Strong character, great dialogue, and some gruesome descriptions make this novel stand head and shoulders above most of its contemporaries, and that's saying a lot because this has already been a superb year for thrillers."

Gabino Iglesias Author Appreciation Week
Gabino Iglesias is a writer, editor, journalist, and book reviewer living in Austin, Texas. He is the author of ZERO SAINTS (Broken River Books), HUNGRY DARKNESS (Severed Press), and GUTMOUTH (Eraserhead Press). He is the book reviews editor at PANK Magazine, the TV/film editor at Entropy Magazine, and a columnist for LitReactor and CLASH Media. His nonfiction has appeared in places like The New York Times, Z Magazine, El Nuevo Día, and many others. The stuff that's made up has been published in places like Red Fez, Flash Fiction Offensive, Drunk Monkeys, Bizarro Central, Paragraph Line, Divergent Magazine, Cease, Cows, and many horror, crime, surrealist, and bizarro anthologies. You can find him on Twitter at @Gabino_Iglesias.

"I loved JAR OF HEARTS. I pre-ordered the book months ago but when I lucked upon an advanced reading copy I devoured it in two days--quite rare for me since I'm both a slow reader and don't devote enough time to reading. JAR OF HEARTS demanded my time, however, and I happily gave in.

At this point in my writing career, it's difficult for me not to analyze how the sausage is made, and in JAR OF HEARTS, Jennifer does a few of things particularly well. First, the way the story unfolds is unique, unexpected. It doesn't follow a typical structure which is refreshing and brings me to point two. Jennifer doles out information really effectively in this book, and part of that is the overall way she chose to tell the story. Finally, Jennifer strikes the difficult balance of making me wonder if her protagonist, Geo Shaw, really got what was coming to her (given her crime, which is pretty awful), while at the same time making me sympathize with her to the point of thinking she didn't deserve the punishment she got. Geo is flawed, like we all are, which makes her experiences almost relate-able, as in "what would I do if...?"

I'm excited to see how this book does when it's out in the world. For my part, I hope it sells like crazy. Talk about the perfect summer read!"

Holly West is the author of the MISTRESS OF FORTUNE series, set in late 17th century London and featuring amateur sleuth Isabel Wilde, a mistress to King Charles II who secretly makes her living as a fortuneteller. The first in the series, Mistress of Fortune, was published by Harlequin’s Carina Press in February 2014 and was nominated for the Left Coast Crime Rosebud Award for Best First Novel in 2015.

Holly is represented by Elizabeth K. Kracht of Kimberley Cameron & Associates. She’s a member of the Mystery Writers of America, Sisters in Crime, and International Thriller Writers, and is the Wednesday contributor to the Do Some Damage blog."


BIG NEWS! Cinelou Films has acquired the film rights to JAR OF HEARTS!

Posted by Marietta Miles at 8:43 AM