Today I'm thrilled to welcome author Christine Carbo to Do Some Damage. Christine and I, after passing by one another at several different conferences, finally had a chance to officially meet and talk at Left Coast Crime this past March in Reno. And I'm so glad because now her Glacier Mystery Series is one of my favorite things going (The New York Times agrees, calling her writing "stunning ... it's in depicting nature's drama that Carbo's writing thrives.") The fourth in the series, A Sharp Solitude, comes out Tuesday. It's not your typical crime fiction series - here's Christine to tell you why that is . . .
WHAT’S NEXT?
By Christine Carbo 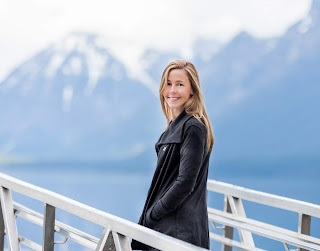