“A good snapshot keeps a moment from running away.”
― Eudora Welty

More than ever social media is key to developing or expanding your audience. Facebook and Twitter presence is necessary, a web site is suggested and a great author photo is important, if not essential. Or, so I'm told.

As a person who treasures the anonymity writing fosters, the idea of a photo is simply...gross. However, if a publisher is willing to print and promote my book, I will do what I must and sit still for a few seconds while someone steals my soul.

Before I commit, however, I need to know. Do author photos actually matter? I've tossed this question to several friends, writers and readers alike, and received very enlightening responses.photos important? When I was a kid I never knew what my favorite author looked like. Now there is such an n a goo 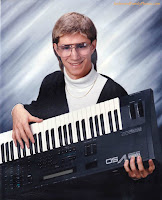 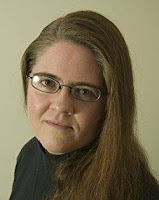 Meriah Crawford is an Associate Professor at Virginia Commonwealth University, writer, and editor with an MFA in creative writing and a PhD in literature and criticism. Her writing includes literary fiction as well as mystery, fantasy, and science fiction, and she has collaborated with other authors, as well as with artists and musicians. Her scholarly work has included encyclopedia entries about Virginia authors, a hypermedia analysis of part of James Joyce’s Ulysses, and a re-definition of point of view, with particular focus on the second person.


"I like seeing photos of authors myself. I think it gives us the illusion of knowing the author just a bit--and sometimes we can learn something meaningful from a picture. I think more often than not, we learn trivial things: That the author hired a great photographer, or thought the photo was important enough to have her makeup done, or that he looks good in blue. We also learn that some people are more photogenic than others--and that, of course, has no relationship to writing ability. I think more than anything, though, I'd like to see photos of authors' pets. What could be better?" 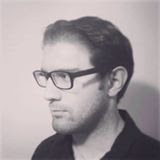 Paul Heatley is a prolific author who writes brutally honest fiction. His short stories appear online and in print for publications such as Thuglit, Horror Sleaze Trash, Spelk, Near to the Knuckle, Shotgun Honey, the Pink Factory, and the Flash Fiction Offensive, among others. His books The Motel Whore, The Vampire, and The Boy, available on Amazon, form a very loose trilogy all set in the same nameless town and featuring recurring characters. His tales tell of misfits, plans gone wrong, and the darker side of humanity.

"I'm in two minds. It shouldn't matter what an author looks like, all that should matter is their work, that it speaks for itself. Of course, saying that, I think I know what every single author on my bookshelf looks like (with the exception of Thomas Pynchon). However, for indie authors, I almost feel like they're a necessity. I hate to use the term 'brand', but it's all part of the sales process. Readers may find it easier to find an author's books, especially online, if they can spot a recognisable face. The work goes together with the writer. For instance, on Facebook, on Twitter, on Instagram, on Amazon, my face goes next to my title Fatboy. If someone reads Fatboy and they enjoy it, well my face is also next to the front cover of An Eye For An Eye, of The Motel Whore, and so on. For indie authors, your face becomes another form of advertising." 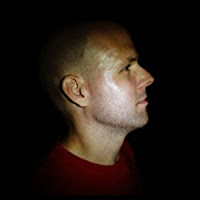 Ward Howarth won 'Best Local Author with A New Book' in Richmond Magazine's 30th Annual Best & Worst Issue for River City Blues, his historical thriller set in Richmond, Virginia during World War II. He was born in Richmond in 1976 and lives here still with his wife and son. A broadcast professional by day, he is currently at work on his second novel.

"I think the emphasis on having a good author photo finds its roots in modern day transparency. Thanks to social media, the world is a little smaller these days (virtually, that is). And since we all have mini-computers in our pockets, we’re all constantly available. Even if we’re not, you know, available. And I think both of those ideas combined lead to accessibility. The idea being, that if you’re gonna write a book and want others to read it, you’re gonna want to be accessible, you’re gonna want others to find the book and maybe you, too, if you want to forge a bond with your readers. In an online sense, that is, through your website or Twitter feed. Another way to look at it is having a platform. That gets tossed around a lot these days. It’s not enough to write a book, you have to have a regularly updated website, you need to be putting out a newsletter, you need to be accessible and present. And part of that is showing the world who you are. And while tweets have significant currency these days, I don’t think it’s a stretch to put some effort behind a good author photo and show the world who you really are. Plus, having a good author photo is kinda badass. Take the time to get it right and then you’ll always feel like you’re putting your best face forward. Which reminds me, I really need to get a few of these taken for myself…" 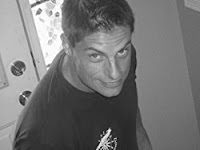 Beau Johnson is the author of A Better Kind of Hate from Down and Out Books. Known as a prolific short fiction writer his stories can be found at Out of the Gutter Online, Spelk Fiction, Shotgun Honey and the Molotov Cocktail. He is currently finishing his second book which will feature his popular anti-hero Bishop Rider.

"I can't say a good author photo does it for me. Can't say I've ever purchased a book because of one. They're nice, sure, you getting to see who it was you just read, but again, lowest rung of the latter is where author photos sits for me. What hooks me more is a great cover combined with an intriguing synopsis. Special needs, maybe, but hey, that's me!" 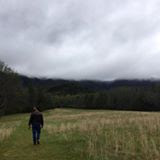 Benoit Lelievre is a tireless advocate for new writers. He's a book lover and straight-forward reviewer running Dead End Follies. DEF is a forum highlighting books, movies, music and pop culture in general. The content is beautifully dark and proudly diverse. In all honesty, a review, thumbs up or thumbs down, with Dead End Follies is an honor.

"It's an interesting question. Whenever someone wants to "get into writing", it's usually the first thing they do. Spend money to get that slick, professional "author" look. I find this convention to be trite and unimaginative, to be honest. If I want to get a good feel for an author, I'd hit the Googles and try to see what his/her daily life is like." 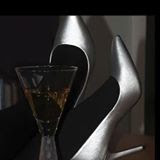 Jesse Rawlins is a former journalist who once held White House Press Credentials, her fiction has appeared in many of the same degenerate outlets that publish the likes of Beau Johnson, Bill Baber, and Rob Pierce. Mark Westmoreland at Story and Grit and Leopold McGinnis at Red Fez rely on Jesse to read, review and recommend while taking no prisoners. A fiction mega-fan she has a few thoughts on this issue which will be of interest and use to new writers.

"Books like HARRY POTTER AND THE PHILOSOPHER’S STONE, FIFTY SHADES OF GREY and INTERVIEW WITH THE VAMPIRE didn’t become best sellers because of author photos. These books sold well because the writers created characters and scenes that captured people’s imaginations.

I try to seduce readers into falling in love with my work—not with my photo. Especially since my author photo is essentially limited to what I call my “Trademark Feet.” And the mere idea that someone with a foot fetish is drooling over my photo while doing god knows what sometimes creeps me out. But I’d rather have someone obsessed with my feet than the rest of me. Especially because I’m single and I live alone. So you won’t find any photos that identify me splashed all over my Facebook page. I believe that “less is more.” A friend of mine recently asked me, “How old are you?” I replied: “I’m whatever age my readers want me to be.”

Some writers have great asses and other assets. They use them to promote their work. And I understand why. But I am a writer—not an object. And I have no desire to be “objectified.”

At this stage, I’ve yet to attempt having a book published. But as an amateur photographer, for any writer who thinks a good author photo would benefit them, I suggest talking to an illustrator or photographer whose work you admire and ask how they would handle this task. Because while a good author photo may not help you sell books—you only have one chance to make a good impression—and a bad photo could hurt you. A book with no author photo makes more sense to me than an otherwise attractive book with a crappy author photo."

Posted by Marietta Miles at 8:22 AM

Authors have used pseudonyms for years. I've considered using someone better-looking for my author photo. If any were to meet me in person and say I don't look anything like my photo, I'll just shrug and blame/credit the photographer. Or the lighting. You can always write off a deceptive photo to the lighting.