The Return of No One Wants To Read Your Book 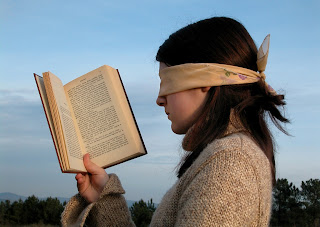 Last month I wrote a post here called "No One Wants to Read Your Book" and today is a variation of that theme, if you are part of the small/indie press scene, getting your book read is a difficult thing, maybe an impossible thing. Last month’s post got its genesis from J. David Osborne’s interview with Mark Sellinger, this podcast was about a lot of things but one of the big topics was pricing paperback books at extra-ordinary low pricing, what Osborne and Sellinger called Raman pricing.

A week or two later on Osborne’s JDO Show, he interviewed former publisher Ben LeRoy who had started both Bleak House Books (2001) and Tyrus Books (2009). This interview is a must listen to if you’re a writer or fan of small/indie press crime fiction. There is a lot in this podcast, but one of the takeaways is that trying to get your book read is nigh impossible. You might be able to get your books into the right hands but after that . . . . you just don’t know. The books can become dust collectors in a messy office somewhere in Delaware, a chew toy for an overgrown Labrador puppy, or they could be pilfered by an intern and sold to a used bookstore. What's definitely going to happen is that no one is going to read your book.

At one point in the podcast, LeRoy asked Osborne to give his “bummer talk” which he gives to writers when Broken River Books accept a manuscript. This talk ain’t pretty. Trust me. Osborne has some specific ways he groups his authors, but the result is always the same: in the end, your book will not sell.

LeRoy brought up one of the biggest problems writers (and even book critics) face, we live in a social media echo chamber. One’s popularity on Twitter and Facebook does not correspond to book sales at all. Piercing your own bubble and getting out of your own comfort zone may be the first step in trying to get more sales. But, probably not. With the release of King Shot Press’ Nasty!, edited by Tiffany Scandal, Michael Kazepis and the book's various authors are doing special events throughout the States from Los Angeles to an upcoming show in Philadelphia. They are going all out to get the word out and get the books in front of people who might not normally see it. Will it work? Who knows?

But let’s say you and your publisher have limited resources, i.e. all your money is going to silly things like rent, clothes, and food. Look at the work Alex Segura is doing for the release of his new book, Blackout or the work he did last year for Dangerous Ends. Spend some time looking through his Facebook posts and Twitter feed, the guy is a monster in getting the word out of his book. Eryk Pruitt, the author of What We Reckon, is storytelling at The Monti and producing a true crime podcast, none of which have anything to do with his books. Will it help? Who knows?

But another thing Pruitt and Segura both do is that they are always ALWAYS promoting and recommending other people’s work. If all you do is promote your own work, I’m turning you off. A great example of a writer who out there hustling his own work and work of other people is Gabino Iglesias. If you follow him on social media, he’s always writing essays about books and writers, and he’s tweeting reminders that he’s got a book out called Zero Saints. You might get a bit tired of his Zero Saints tweets, but at some point, like I did,  you will end up buying his book because he spends so much of his time promoting the work of other people.

Hell, Chris Irvin is probably going to start selling baseball caps with Maurice, one of the characters from his most recent book, Ragged; Or, the Loveliest Lies of All.  And Chris Dewildt needs to sell white t-shirts with SUBURBAN DICK in bold letters on it. I’d buy one, okay, you got me, I'd buy two.

But none of this is a guarantee that your book will be read. As LeRoy said, "You can’t spend on social capital." Being popular on Twitter does not equate to book sales, it’s just another tool to try and sell books. Both Osborne and LeRoy agree that getting one’s book published is not the end, it’s just the beginning. There’s a lot more work to do. And just a reminder and I'm paraphrasing Osborne here if you gave a shit about making money, why the fuck would you enter the book publishing world?

In a recent blog post by Dietrich Kalteis at 7 Criminal Minds – or is it Criminal Minds, someone please let me know –, he laments over the fact that he is spending valuable time at promotion rather than writing. Kalteis does a lot to promote his work such as “ speaking engagements, writer events, interviews, podcasts, book launches and tours. Updating my website, writing blogs, soliciting reviews and keeping a presence on social media are all part of it.” But he also writes:

In a perfect world, Kalteis would be right, but this isn’t a perfect world and sacrifices need to be made if you want people to read your book. If the writer, especially in the small/indie press world, isn’t going to go balls to the wall at promotion, how do they expect to find readers? As LeRoy says many people write to be heard. But if no one reads your book, have you been heard?
Posted by David Nemeth at 5:41 AM

Boy, do I hear you, brother.

It can be depressing, but I have to say that when you see a writer succeed after putting forth the efforts needed to reach an audience, there is a sense that the "world" works - albeit in mysterious ways. A career in writing is certainly not for the shy or faint of heart. I see some shifts happening, slowly, but I think readers are beginning to understand that the best writing doesn't always have the marketing money behind it.

Sometimes the best promotion is another book. If you spend too much time promoting and not enough writing, there's nothing new for readers. So get to work. I treat promo like salt, you want a little, but not too much.
I regret concentrating on novels and not writing more short stories. I'm changing that. There are more paying markets these days, too. It's beer money, but I like beer.
The best advice I've gotten are from solid writers who never made it huge but make a living, like Wayne D. Dundee. He created Hardboiled magazine in 1985, he writes the Joe Hannibal books, he writes westerns for Beat to a Pulp. He says: Persevere.
If you don't like writing, if you're doing it for fame, go save a baby panda from a tree, you'll get more hits on social media than your books ever will.
And as I've written before... no one says you need to be aggressively cheerful at all times, but take care in venting your complaints on social media. Especially if you have multiple published series, awards, and so on. There are people busting their butts to get to your level of "misery", and our readers might feel slighted. "I buy every one of this guy's books, and all he does is complain that his books don't sell."
Kameron Hurley wrote a great piece on how this is not a meritocracy. Cultivating relationships matters. Here it is:
http://locusmag.com/2016/06/kameron-hurley-hard-publishing-truths-relationships-matter/

"If you don't like writing, if you're doing it for fame, go save a baby panda from a tree, you'll get more hits on social media than your books ever will."

My best advice to someone stressing about PR and the attention their own book is or isn't getting: talk about the books you love. Talk about what you're reading. Share a story about a book. It's not about karma or banking a favor, it's about disconnecting with the ego-driven world of book promo and reminding yourself why you do this in the first place. Good life advice, too.

Thanks for the kind words, David!

Great post. Sad but true. I think self-promotion should be about energy and enthusiasm. More than just “Buy my book!” I want to see authors who are excited about their books. Not just their name on the covers, but what’s inside.

Great post, David. I'll let you know how the hats go ;) I'm at a point (and this could all change of course) where I've found for me - if promo isn't fun, why do it? There is extremely low return for the effort at the indie level...so I'm going to give it a shot with hats and some other things, in addition to keeping a pipeline of work on the way. I'm pretty confident I'll at least break even on stuff like hats, so it will be a fun adventure/experiment.