I met A.J. Devlin at last year’s Bouchercon in Toronto. When he started telling me about his debut novel, I was immediately hooked. A former pro-wrestler gets dragged back into the dirty underbelly of that world and the criminal side of Vancouver. Plus, snakes! Here’s A.J. to tell us more. - Claire
By A.J. Devlin 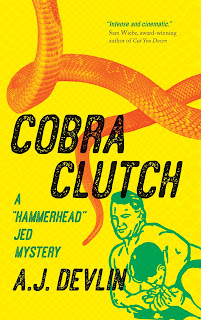 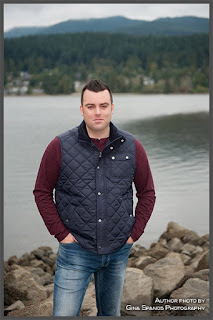 A.J. Devlin grew up in Greater Vancouver before moving to Southern California for six years where he earned a Bachelor of Fine Arts in Screenwriting from Chapman University and a Master of Fine Arts in Screenwriting from The American Film Institute. After working as a screenwriter in Hollywood he moved back home to Port Moody, BC, where he now lives with his wife and two children. Cobra Clutch is his first novel. Find him on Facebook, or on Twitter @ajdevlinauthor.
Posted by Claire Booth at 3:00 AM