Monday Question: Do you have a bucket-list for writing? 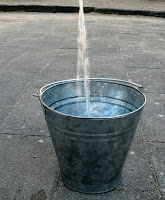 Bucket lists. We've heard of them. Some of us have one, but do you have a bucket list for your writing?

To have Joe Lansdale read one of my books would be the top item on my list. I'd read Joe's grocery list with breathless anticipation.

Laura Dern, or Lula as Gabino Iglesias corrected, showing interest in a character. Steph Post and I agreed we would pay to watch her eat a sandwich. Hotter that Georgia asphalt.

Writing a television series. Having stories inspire music. Lots of drinking. Here are a few of the interesting and somewhat familiar answers from our favorite writers. 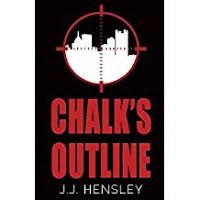 JJ Hensley
Amazon Author Page
"I'd like for a critic to compare me to Raymond Chandler. Except I don't write like him. Or look like him. And I'm not dead. Actually I'm cool with two of those things.

And, a Thriller Award or an Edgar. I'd be completely modest about the award and would have it tastefully put on a chain and I'd wear it around my neck like Flavor Flav with clocks.

I'd love to walk into a Starbucks, Panera, or airport terminal and see some random person reading one of my books. I'd probably approach the person and ask what they think of the book. Then I'd head to a bar if they told me it sucks."

And if they liked the book? 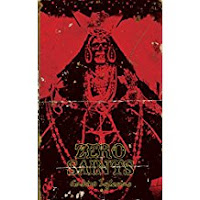 Gabino Iglesias
Amazon Author Page
"I want to create stories that resonate with folks and that can be easily identified as being mine. I'm a guitar freak and can recognize some tones immediately. I want that; my own, unique tone.

I want blurbs from folks like Joe Lansdale, Don Winslow, and Nnedi Okorafor. To have literary giants recognize you as someone worth praising is great. Getting blurbs from Jeremy Robert Johnson, Paul Tremblay, David Joy, and Jerry Stahl still helps me push forward on rough days.

I want translations. German. French. Spanish again. All of them! I'd love a limited edition hardcover from a press like Thunderstorm Books. That glorious paper and art...

I want to reach a point in my career where I can have a say in all my covers. They will all be Matthew Revert covers.

I wanna make enough money to cover rent. No trips to Venice or expensive clothes or fancy wine, just rent.

One day I wanna start a project like HAAM (Health Alliance for Austin Musicians) but for us broke-ass, uninsured writers. Copping antibiotics from a dealer makes for a funny story, but fuck being uninsured and getting sick. Writers have 0 benefits unless they have a solid day gig. I wanna change that.

I wanna meet all my Facebook friends from horror, crime, and bizarre communities and buy them beers and tacos."
- Gabino Iglesias

Tom Leins
Amazon Author Page
"If you had asked me this question twelve months ago, the idea of getting a book published would have trumped all else. Now, 15 years after my first published story, with two book releases on the way - Meat Bubbles & Other Stories (2nd June, Near To The Knuckle) and Repetition Kills You (21st September, All Due Respect) - that dream is close becoming a reality! I can't wait to see my books filed between Lehane and Leonard on bookshelves - who doesn't love alphabetical filing systems, right?

Regardless of what I go on to achieve - or not achieve - with my Paignton Noir books, I also hope that I can inspire someone else in this town to pick up a laptop, or put pen to paper, and share their own fiction with the world. Growing up in Paignton, it felt like a cultural vacuum, and there were precious few shining examples of people trying to forge a creative path. My style of fiction is pretty abrasive, and I don't expect mainstream success anytime soon, but I hope that I have done enough to convince other small town writers to pursue their own lunatic visions!"
- Tom Leins 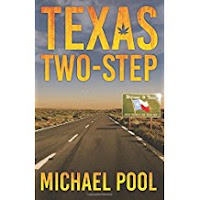 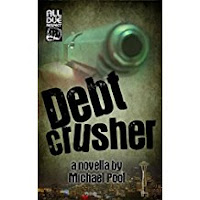 Michael Pool
Amazon Author Page
"The top item on my writerly bucket list would be to see on of my books or series of books be made into a television show (Though I'd obviously manage to live it were a movie instead). I just feel like television's season-based format is idea for bringing novelistic storytelling to the screen, because the longer structure lend itself well to larger overall character arcs. It would also be an interesting experience to watch professional actors and directors bring your characters and scenes to life. So, yeah, that's my top writerly bucket list item, a television series!"
- Michael Pool

Steph Post
Amazon Author Page
"I would LOVE to work with composer Trevor Morris (Dragon Age Inquisition and also shows like The Tudors and Vikings. I've been stalking him for a while, but no luck yet...) Also Kerry Muzzey and Ramin Djawadi (Game of Thrones and West World). I love soundtracks and usually plan certain scenes to go with different tracks, even though the original material may have nothing to do with what I'm writing.

I'd actually love to be with FX, if my work ever gets picked up. I'm the biggest fan of Justified and The Americans. I think FX has been putting out some great shows lately, and, you know, with The Americans ending this year they've got a nice window open for a new show... Of course, I wouldn't say no to HBO, that's for sure.

I tend to 'cast' books as I write them, so I've got a list of actors I would love to work. Rufus Sewell and Walton Goggins are the first to spring to mind. Viggo Mortensen. Gustaf Skarsgard. Eddie Redmayne, though I've yet to write something that I think he would have a role in."
-Steph Post