I BRING SORROW AND OTHER STORIES OF TRANSGRESSION

Scott’s note: Patti Abbott is here today to talk about her new short story collection.  With more than 125 stories that have appeared online, in print, and in various anthologies - not to mention two novels, CONCRETE ANGEL (2015) and SHOT IN DETROIT (2016) - Patti really needs no introduction. So let's get to it - Patti talking about one of the stories in the new collection, a story that sheds a very odd light - a dark light - on opera singer Enrico Caruso.

"The Cape" from
I BRING SORROW AND OTHER STORIES OF TRANSGRESSION 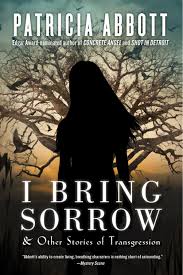 I don’t often write a story for a specific anthology unless I have been asked to do so. But when I saw the call for stories for two anthologies—one combining history and fantasy and the other history and mystery, (HISTORY AND MYSTERY, OH MY) I was interested. I hadn’t written many stories with an historical setting. It always seemed like a tough task, bringing an era I never witnessed to life. But the challenge intrigued me. When an Italian-American friend told me the story of Enrico Caruso’s famous cape at a dinner party, I had a subject. The era would be the turn of the last century, the setting, the lower east side of New York where I had recently taken a tour. The Tenement Museum is a fascinating look at what life was like for the recent immigrants into that teaming neighborhood circa 1880-1910 or so.  The setting was entirely appropriate for the story so I was set.
Briefly, Caruso was arrested for fondling women in the monkey house at the Central Park zoo in 1906. So intent was he on his mission, he had a special cape made with slits to allow his hands a quick and hidden exit. He was eventually caught and tried and suffered only a hand slap because of his power among important city figures.
The story didn’t work though when I tried writing it from Caruso’s viewpoint because I had no real insight into why such activity appealed to him. I also tried writing it from the viewpoint of the woman who eventually called him out. But once again, I wasn’t happy with the results. So who to make the protagonist?
The tailor who made the cape? His voice worked for me. It would be the story of an immigrant striving hard to make a living in New York and his delight when a wealthy man came to him to make his beautiful cape. And his surprise when he found out what those strange slits, the man had requested, were for.


There are only two stories in I BRING SORROW with historical settings but they are perhaps my two favorite stories in the collection. 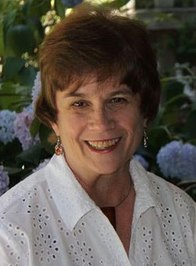 You can pick up I BRING SORROW AND OTHER STORIES OF TRANSGRESSION here.
Posted by scott adlerberg at 3:00 AM

Email ThisBlogThis!Share to TwitterShare to FacebookShare to Pinterest
Labels: Guest Post; Patti Abbott; I BRING SORROW AND OTHER STORIES OF TRANSGRESSION

Thanks so much, Scott.