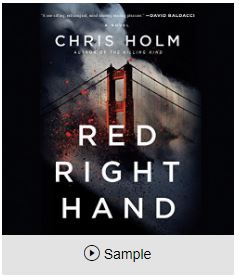 I've never been a fan of Best Seller lists. I read a John Grisham book once and enjoyed it.

I started some Dan Brown, but couldn't stand the way he doesn't get sentences. So I switched to audiobooks and enjoyed that. His stories are better if you don't look at them.

I listen to books, though not as much as I listen to podcasts. Still, though. Books. On audio.

So usually I look at Audible when they tell me I have a credit to see what I want to get. The picks selected Just For me are always shit, because I've made some bad choices in my life. Honestly, you use an Audible credit on one goddamn Joe Abercrombie book and it's nothing but blades and breasts as far as the ear can hear. (The Abercrombie was fine, btw.)

Well, now, ON THURSDAY MORNINGS WHICH IS RIGHT NOW (unless it's not), the NYTimes is publishing its audio best sellers list.

03/05/2018NEW YORK, March 5, 2018 – The New York Times announced today that it will publish monthly Audiobook Best-Seller Lists for the first time, featuring the top 15 fiction and top 15 nonfiction audiobook lists, based on sales from the previous month.
The lists, which combine digital and physical audio sales, will debut online on Thursday, March 8, and in print in the Sunday Book Review on March 18.
Moving forward, the Best-Seller Lists, which previously published online on Fridays, will now publish on Thursday mornings.
“The vibrant growth of audiobooks in the industry has created a need for an impartial, reliable source for tracking and reporting the top-selling audiobooks across the country,” said Pamela Paul, editor of The New York Times Book Review. “The Times recognizes the increased reader and listener interest in audiobooks, as well as in the Book Review's increasing depth of coverage of audiobooks, and we’re thrilled we’ll be able to provide them independent data they can rely on.”
The Book Review will continue to publish in print the Combined Lists and Hardcover Lists each week. The third page will highlight other Best-Seller Lists on a weekly rotating basis, including the following categories: Paperback (Trade Fiction and Paperback Nonfiction), the four Children’s Books lists, and Audiobooks.
The Children’s Books Lists and Paperback Lists will continue to be updated and posted weekly online, and in response to reader interest, the Paperback Lists will now expand from 10 books to 15.
The Times’s Best-Seller Lists are based on a detailed analysis of book sales from a wide range of retailers who provide The Times with specific and confidential context of their sales each week. These standards are applied consistently, across the board in order to provide Times readers our best assessment of which books are the most broadly popular at that time.
The Times’s Best-Seller Lists are the gold standard because of their painstaking and careful methods of tracking sales. The Best-Seller Lists, while independent from our core news report, embody the same ethical standards and values as The Times newsroom.
All Best-Seller lists are available at www.nytimes.com/books/best-sellers/.

So there's another place to search for what's hot right now, if you're into that sort of thing. I don't know if the NYT is really late to the audiobook game or if audiobooks are just hot now.

Have we had a Death of Ebooks story this week? Are audiobooks the Netflix of IPAs now? I can't keep up.

Anyway, I'm still mainly a podcasts in the ears guy. Vox's podcast WEEDS is my current listen. FiveThirtyEight does good stuff, too. You can Google them if you want. You have the same internet I do, lazybones.