Winston Churchill, in the Movies and as a Daring, Young War Correspondent


With a certain dynamic, charismatic Englishman showing up in the cinema at the end of this week, I thought I’d ask a friend of mine what he thought about the resurgence of interest in one of history’s greatest leaders and what shaped the man who rallied a nation. Simon Read is the author of Winston Churchill Reporting: Adventures of a Young War Correspondent.

Simon started out the same way I did, as a newspaper reporter (we met while covering crime for competing papers). Simon then turned to true crime, writing several fantastic books in that genre. Then came Winston. Before he became the epitome of the elder statesman, he was a daring journalist who covered multiple wars. Didn't know that? Then read on . . .

By Simon Read
Prime Minister Winston Churchill’s finest hour, rallying Great Britain to carry on its solitary struggle against Nazi Germany in the summer of 1940, is getting the big screen treatment this month in Universal’s “Darkest Hour.” Churchill is a man frozen in time: forever the determined war leader with the bulldog scowl and ever-present cigar. The image has become so pervasive, the man’s almost been rendered a caricature—one that overshadows his stunning achievements and true depth of character.

In today’s troubling political climate, Churchill can seem something of an aberration: a politician who spoke the truth regardless of the political cost, who put country before party, and who torpedoed his career multiple times to do what he thought was right. That’s not to say the man was without fault. His views on empire and the superiority of the English-speaking peoples are painfully outdated today. But there was never any question as to where Churchill stood, good or bad.  He is, when compared to many of today’s leaders, a tonic.

He viewed his life prior to becoming prime minister at the age of sixty-five as a prelude to his greatest challenge.  “I felt as if I was walking with destiny,” he wrote in his memoirs, “and that all my life had been but a preparation for this hour and for this trial.” But what forces shaped him into the man he ultimately became? I think his most formative years were those he spent as a war correspondent.  Between 1895 and 1900, Winston Churchill emerged on the world stage as a brazen young journalist and author, covering wars of empire in Cuba, India, the Sudan, and South Africa. In those far-flung corners of the world—reporting from the front lines—he mastered his celebrated command of language, discovered the joys of a good cigar, learned to love the pleasant burn of strong whiskey, and established his reputation for courage and his enthusiasm for armed conflict 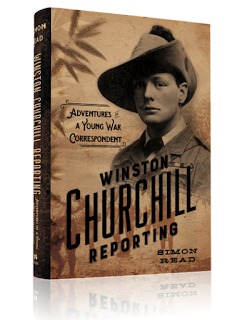 He always sought out danger and thought little of his personal safety, so convinced was he of his destiny.  “I have faith in my star—that is that I am intended to do something in the world,” he wrote to his mother at the age of twenty-three from one battlefield.  “If I am mistaken—what does it matter?” He was even more forthcoming several months later in a letter home dated Dec. 22, 1897. “Bullets—to a philosopher my dear Mamma—are not worth considering,” he wrote. “Besides I am so conceited I do not believe the Gods would create so potent a being as myself for so prosaic an ending . . . I shall devote my life to the preservation of this great Empire and trying to maintain the progress of English people.”

Throughout the various campaigns in which he served as both soldier and journalist, he was nearly hacked to death by ancestors of today’s Taliban, took part in one of Britain’s last great cavalry charges, and escaped from a POW camp and slogged hundreds of miles across enemy territory to freedom. He wrote bestselling books and penned numerous articles, firmly cementing his bona fides as a man of words and action. His experiences allowed him to better empathize with the fighting men on both sides—a trait that would define his attitude towards wartime leadership: “In war: Resolution. In defeat: Defiance. In Victory: Magnanimity. In Peace: Goodwill.”

His adventures as a war correspondent, more than any other, shaped his complex feelings on war. His reporting taught him how to relate the battlefield experience to everyday people. As prime minister, he would use to his advantage what he knew of war to convey to the British public in Shakespearean tones the horror and glory of their most desperate hour.

As a young man, he had told his mother he believed he was one day destined to save Britain and its Empire. In that dark summer of 1940, Churchill found himself in his element. 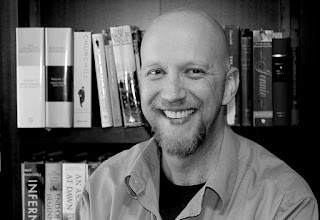 A former newspaper reporter, Simon Read has always been fascinated with Winston Churchill’s time as a journalist. Winston Churchill Reporting: Adventures of a Young War Correspondent is the first book to solely address that period in the unforgettable Englishman’s unforgettable life. He doesn’t consider it a biography or a work of history – although it contains elements of both. It is, instead, a true tale of adventure featuring Winston Churchill in the starring role. When writing the book, he described it to friends as “Winston Churchill as Indiana Jones.” For more information, historical photos, and maps, visit www.winstonchurchillreporting.com. Simon can also be found on Twitter at @simonreadbooks.