Monday: It's about sex.

For the most part, the American take on sex-education has long stood staunchly conservative, with abstinence and social-conservatism as the foundation. This sits in juxtaposition to the hyper-sexual, almost dehumanizing, continent Hollywood seems to continuously bottle-feed the public.

Is this battle of ideals important to the larger national discussion of institutionalized sexual harassment and abuse?
Meet my friend Sarah M. Chen. Sarah has worked a variety of odd jobs ranging from script reader to bartender and is now an indie bookseller and private investigator assistant. Sarah's crime fiction has been accepted for publication by All Due Respect, Akashic, Shotgun Honey, Crime Factory, Out of the Gutter, Dead Guns Press and Betty Fedora. Her debut novel with All Due Respect Books, CLEANING UP FINN, is a Lefty and Anthony finalist and IPPY award winner.
Please meet another friend, Susie Henry.  Susie is a respected poet and photographer. Her work has been published at Walking Is Still Honest and Clockwise Cat. She has contributed to Dames in the Dark Podcast and toiled as manuscript editor. Susie is currently working on a photography project.
⧭⧭⧭
Marietta: With regards to  views on sex, America seems caught in this strange tug-of-war with herself. There is still a large blanket of conservatism, at times puritanical, that covers our country. Yet, at the same time, there is this machine we call Hollywood, apparently built on a foundation of oppression and subjugation, pushing out unrealistic, sexed-up merchandise.
Sarah: America is hung up on sex. Especially compared to the Europeans. Our movies are saturated with graphic violence but sex is taboo. Look at the laws and controversy when it comes to same sex marriages, with who can and cannot use a bathroom, or who can serve in our military. We, as a society, need to discuss it. To sit down and listen to each other. We need to not be so afraid or ashamed of it.
Susie: Hollywood has been profiting from the long-held puritanical and exclusionary sexual views of this country for decades. And the American people eat it up. We are voyeurs and consumers paying to fuel an ugly machine that should have been overhauled a long, long time ago. And we need to start understanding and embracing the value of people and relationships.

We need to learn, as a society, real empathy for our fellow citizens, at home and abroad. Too many of us have long participated, whether passively or actively, in dehumanizing those who look or live differently. It's past time to think beyond our personal experiences and comfort levels, and truly care for each other. But I'm jaded enough to realize that it's highly unlikely this will happen. I still have to have hope, though.


Marietta: There have been times, in books or films, where sex has been used as a way to show affection or closeness and it wasn’t necessary or even fitting. In most of the movies and entertainment getting pushed out to the consumer, to me, sex seems like an overused device. There are so many other ways to insinuate intimacy. Holding the hand of a dying loved one. Embracing a grieving, broken friend. Hugging a child till their fear slips away. Sex can be timeworn as a plot design.


Sarah: Stories can create conflict through sex: the promise of it, the hope for it, the refusal of it. What matters to me is the writer’s own unique take on sex or lack thereof. For example, if there’s a femme fatale character in a story, that doesn’t necessarily mean the writer is relying on a common trope. It’s how the writer attempts to tweak the trope. Or if a writer chooses to bring two characters together without it culminating in sex, then that’s OK too. If we speak our own unique truth, then that will hopefully translate into an authentic and compelling story.
Susie: I generally despise sex scenes in writing, especially if they are graphic, mostly because I do consider it lazy writing. It always seems like just a page filler, rather than crucial to the plot of the story. There may be some exceptions, but usually, inferred intimacy is more compelling to me. And varied kinds of intimacy make for richer, truer characters.


Marietta: I remember reading a lesser-known book by one of my favorite big-name authors. I was caught by his portrayal of sex in this specific story. Particularly since the book's female protagonist was a rape victim and part of the story was her "recovery".


Are there writers you think get this issue right?
Sarah: For me, two writers come to mind when I think of a realistic way to tackle rape culture and sexual violence in fiction: Marie S. Crosswell in TEXAS, HOLD YOUR QUEENS and Winnie M. Li’s DARK CHAPTER. Crosswell’s I’ve read and Li’s I’ve yet to read but it’s top of my TBR pile.
Crosswell explores the impact and aftermath of a murder that puts two female detectives on the trail of a serial rapist and abuser. It’s gut-wrenching, not only the crime itself but how it affects these two women and their relationship to one another in a male-centric profession. It’s a revenge tale, a police procedural, and a love story.
Li’s book is based on a real life sexual assault and rape that happened to her. Like I said, I haven’t read it yet but man, just based on the reviews and the buzz, it looks to be one of the most important and courageous books of 2017.


Susie: One book that stands out in my mind is I KNOW THIS MUCH IS TRUE, by Wally Lamb. The story deals with the sexual assault of the lead character as a young girl, and the repercussions of that trauma throughout her life.

Marietta: With creative women getting more time in the sun we can hope they will steer storytelling in a more positive, less stereotypical, direction. Patty Jenkins’s ‘‘Wonder Woman." Kathryn Bigelow's "The Hurt Locker." Denise Huth's "The Walking Dead." Gillian Flynn. Paula Hawkins. Do you think we will see real change in the treatment and portrayal of women in the entertainment industry now that there is this bright spotlight shining on the issue of sexual harassment and abuse?

Sarah: I hope so but I don't know. I'm encouraged by this surge of women and men coming out and telling their stories. It's a great start. Maybe now Hollywood will take a second look at what stories they are telling and who is telling them.

Hopefully this will initiate dialogue. I saw on a talk show recently, I think it was Bill Maher, where he asked a female panelist the same question: do you think this will result in a change in Hollywood? She said no. Look at how long sexual harassment and abuse has been going on, not just Hollywood, but society in general. Look at Clarence Thomas and Anita Hill. Normally I'm a cynic too, and no, it won't happen overnight, but this current wave feels different to me.
Susie: I am cautiously optimistic that we are slowly changing for the better. We are speaking up and speaking out more and more, which I hope will not only put pressure on those who would be abusive to rethink their actions, but also will empower their would-be targets to refuse to become victims.
Visit Sarah at www.sarahmchen.com. 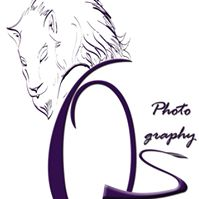 Posted by Marietta Miles at 8:45 AM

It's official, Marie S. Croswell's TEXAS, HOLD YOU QUEENS is now moving up my TBR. As far as Li's DARK CHAPTER, everyone needs to read this book. Other than being great and it will make an appearance on my Top 10 of 2017, it won The Guardian's Not the Booker Prize.