Jesus Christ on a pogo stick. Did you see these Amazon/Goodreads mother fuckers? Check out what these folks say -


Indie authors have fought for years to be considered “real authors” by both the industry and the readers. While progress has certainly been made–namely in the fact that more and more readers don’t care how the book came about so long as it’s a great read–there are still a few holdouts where indie authors don’t garner the same respect or privileges that publishers and their authors can find.

Goodreads, which is owned by Amazon, just did a thing. It could be great, according to this headline.

Or it could be crap, according to this one.

That first headline is from a story written by Mercy Pilkington. (If that is a real person's actual real name, I will eat my unshaven balls.) If you like GoogleSenseAds for the "Pay us $2,000 to publish your novel" crowd, you'll love it over there.

The other one is from a story that says, and I'm paraphrasing here, Holy cunt stains, Batman, Get a load of these mother fuckers.

Here's a fun PR statement thingy from another story:

In a statement to The Verge, a Goodreads spokesperson affirmed that indie authors and publishers were an “important part of the Goodreads community.”

In a statement to the New York Times, a spokesperson for the company affirmed that murder is bad and that the children are our future.

Good grief. Look, basically these mother fuckers who run Amazon and Goodreads want you to pay money to make the shit you want to sell on their site more visible. The easy angle is to say they want to charge you if you want to give away your book for free. OK. Don't clutch them pearls too hard. They want to charge you for using their site to sell your shit. Bingo bango bongo. Amazon and Goodreads are the same folks now, so they want to use that to make money. Good for them. Also, fuck them.

Goodreads giveaways are the dumbest fucking thing outside Alagoddamnbama. Every Goodreads giveway results in the following review of the book you poured your soul into:
"I don't usually read crime fiction, but I won this book in a Goodreads Giveaway. The vulgar language and all of the crime in this book were just too much. At one point, when a nice policeman gets shot, I just couldn't read anymore. Very graphic. One star."

Publish America took your money. Goodreads is taking your money. Facebook wants to take your money to "target" folks who might want your book. I did a  Facebook ad once. Pay some money and tell them what location of folks, what age group, what likes, etc. If you set your crime novel in Kansas City during the George Brett World Series, you can target Royals fans, people in KC, people who love mysteries,etc. Sounds good. And you can pay Facebook for that. They tease you, though. You get all worked up and then you come up dry. Drove my Chevy to the levee but the levee was a big statue of blue balls.

You know, I'm glad Goodreads is charging now. Because that is some dumb shit authors waste their time doing. Now that there's money involved, maybe you won't waste time and money. Authors have time, but rarely money. Why? Because these mother fuckers keep taking it.

Repeat after me: Money flows TO the writer, goddamn it.

Sounds scamtastic! Want to know how to make $99 easy? Just Paypal me $99 and I'll send you my secret. 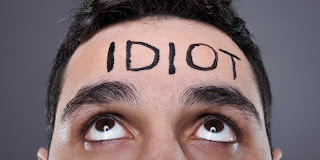