Three weeks ago, I started a new routine. It was something I'd needed to do for a very long time (years, if I'm honest), but the decision to actually make a change came about rather quickly. One day things were the same as they'd ever been, the next, I had a brand-spanking-new plan.

But first, some history:

I haven't had a day job since 1999. When I first quit my job, I intended to design websites and write a novel. Neither of those things took off and after that I drifted from one hobby to another--specifically painting and jewelry making. I took classes, I volunteered, I made and sold stuff and lost money on each new venture. I'm a terrible businessperson.

Next, I got into the best shape of my life and ran a marathon. I'm telling you, training for that thing became my full time job. A year later, I was diagnosed with chronic achilles tendonitis, and a month after that, I tore my ACL, which required surgery. My devotion to exercise dwindled after that.

My husband was in the video game industry and worked long hours, so I had a lot of time to fill. As you can see, I never had a problem doing it, but I also didn't feel fulfilled.

When I turned forty, I finally sat down to write the novel that eventually became MISTRESS OF FORTUNE. Things slowly changed after that. The happier I became with my career, the bigger my ass got because I stopped most of my fitness efforts. In six years I gained forty pounds (40 after 40? Sounds like a Weight Watchers slogan), but I also published two novels. I used to say if I had a choice between being happy and thin (because obviously you can't have both) I'd choose being happy.

I've been choosing happiness for almost ten years now, which means I'm closing in fast on fifty and I need to make some decisions about how I want to spend my golden years. Hint: I don't want to spend them tooling around on a mobility scooter.

But that's not all. Working from home is great. But after doing it for nearly twenty years, I have a serious case of cabin fever. The answer is as easy as getting in the car to travel to a local cafe, but I reckoned there had to be some way I could combine my need to get out of the house with my need to work and my need to move.

So three weeks ago, I found a gym that has a cafe, plus the machines and equipment I need/want, and joined. Five days a week, I pack up my little gym bag, work in the cafe for a couple of hours, then work out. It's been wonderful. This novel is closer to completion than ever, and I feel pretty damned good about myself. 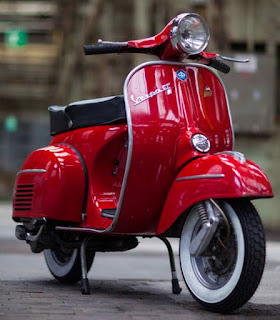 Hey, that's cool.
Slim down before Bouchercon so you can get moar drunker moar easier.

That is an awesome system. It gets you out of the house and seeing people. Is it better than those treadmill desks? I guess we won't be surprised if we see a mystery set in a gym...

For me it's better than the treadmill desks, but only because I like to do one quickish workout for 30 or 40 minutes, then get the hell out of there. With the treadmill desks you have to walk for hours at a slow rate so the machine doesn't shake too much while you write. At least that's how it was for the makeshift treadmill desk my husband made me.