Do Writers Even Read Anymore?

A few months ago, J. David Osborne, writer and publisher of Broken River Books, posted a photograph of a dog side-eyeing the viewer. Osborne wrote, “When writers only seem to talk about all the TV they’ve watching”. How true. My social media feeds are filled news and views about the latest premium cable series or any of the numerous Netflix series and movies. And things do get heated from time to time. We all lost loved ones during the great Baby Driver Facebook War this summer. 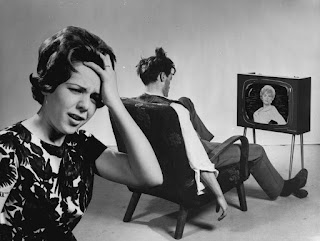 I’m not one of those TV haters. I’m probably as guilty if not more so than some of you. The comfort of grabbing the remote and tuning out is far too easy compared to the physical and mental difficulties of opening of a book. Take a look at your Netflix history. If it is anything like mine and you’ll probably be disgusted. My history had some good shows but there were too many hours spent watching TV from Parks and Recreation to Rectify, from Friends to Shameless, and from The Handmaid’s Tale to New Girl. As I said, I’m as guilty as you are.

I know that reading is a habit thing for me. I get into a groove and I’m able to knock out books as well as reviews, sometimes up to four a week. But when life decides to significantly disrupt my daily routine, it may take weeks if not months to get back into my reading form. 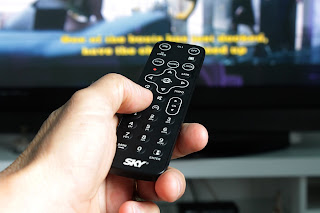 I wondered if there was a trick or two that might help, so I went over to watch some TED Talks because that’s where all problems are solved in 15 minutes or less. But the first thing time management guru Laura Vanderkam said was that there are no tricks to beat time. This was disappointing news.

In her 2016 TED Talk, Vanderkam tells the story of a successful person whose water heater breaks and she ends up spending seven hours in one week working through this issue. Tragic, I know. Vanderkam recommends that we treat all “our priorities as the equivalent of that broken water heater” by focusing on our “three-category priority list: career, relationships, self.” Have I spent the 15 minutes to do this yet? Hell no, remember I was looking for tricks, not actual work. But I got the point, the time is there if I want to use it.

Most, if not all of us, do have time to read. It’s a choice we make not to read. The glowing TV eye is all too powerful, but maybe tonight I’ll just open up a goddamn book and read. But first I have some things to watch that y’all been recommending: Ozark, Mindhunter, The Deuce, Narcos, and Stranger Things 2.
Posted by David Nemeth at 3:00 AM

Good post. October is often a tough month for my reading because, well, because of the baseball playoffs and the World Series. To my credit, the reading slips because the time devoted to writing is not allowed to. I also miss my usual pre-bed reading time by the end of the month--like about now--and jump back in with both feet soon as the Series ends.

I also watch very little TV aside from an hour at dinner time with the Beloved Spouse. I do have my own little recreational time sink, though, so there's that.

I'm a reader. Never got into the TV habit much. I see a few shows, but I know very little about the popular stuff that everyone likes to talk about.

Never cared much for TV or movies, except for watching a ball game.

People walking around insde a box reading pages from a book and acting it out? Fuck that.

People who say "I like to come home after a hard day at work and relax. That's why I turn on the TV and read" are probably people who move their lips when they read. It ain't hard to read, folks. Unless you're a goddamn moron.

Got rid of my boob tube six years ago. Second smartest thing I've ever done.

I'm gonna be blasphemous here - I listen to books. I read them also but at my advanced age I often fall asleep. Listening allows me to increase my book consumption drastically.

I've always put reading first, and as a result I'm almost always way behind on other forms of entertainment. I attribute this to the cultural blackout I went through in my formative years: from 1979-83, I went to a Seventh-day Adventist boarding school where radios and TV were forbidden, but books were not. So me and the other spit-bubble-blowing doinks in the boys' dorms passed our non-masturbating time by swapping and reading pulpy paperbacks by the cubic buttload. My mom, not typically dialed into me, shared a deep empathy with my pulp-loving heart and usually sent me back to campus from weekend home visits with a paper bag full of dog-eared paperbacks from the local thrift store. Many of them had black and red covers with angry, blood-smeared-knife slashes. Horror, adventure and crime fiction, after Mom gave me a pile of paperbacks by John D. MacDonald and Charles Williams and Donald Westlake and Robert B. Parker. So I pumped up my reading muscles and let my music/movie/TV muscles atrophy. And while I took a deep dirty bath in everything entertaining upon my graduation parole, I never lost the books-first mindset.

For me, it's the story. I'm less concerned with the medium than the content and how well it's delivered.
Books are probably my favorite, but I prefer films like Ronin or Glengarry Glen Ross, or television like Breaking Bad to any novel poorly conceived or crafted, or worse yet, simply a vehicle for the author's cleverness.

Dana, especially Game 2 of this World Series. I turned on the TV to have the game on as soothing background noise while I worked, but by the seventh inning I gave up the work and gave the game my full attention. I made the right choice. But that's a rarity.

I've had to rekindle my reading groove after obsessing too much about hustling my novels. And I'm damn glad I did because it powers the writing of my third book. Nothing wrong with some down time watching TV or doing something else that let's your brain rest and the museum recharge. But you need to read the good stuff to write the good stuff.

I'm with Tony Knighton. I like good stories. I'm not too bothered about how/where I consume them.

I read all the time and watch a handful of hours of TV each week. I tend to talk about books more on Twitter because it feels more like a flowing conversation. FB seems to respond well to "what did you think of this episode?"-style posts, though I did have a fun run of Stephen King chatter for a while. That said, I do see more TV-related posts on FB, but part of that is probably an effort to appeal to more people on the network. Let's face it - more people saw MINDHUNTER than read a small press novel. Not a criticism, just the facts. So, that's probably part of it.

For me, TV is always secondary. It's something to do while eating dinner or if I have an evening to myself. Reading is a requirement and I've gotten into the habit of juggling 3-4 books at a time based on my interests and needs (research, obsessions, whatever). But I want to echo what Holly said - I like good stories, so if something grabs me, I don't care if it's on a screen or printed page. But books always come first for me.

I much prefer reading over TV viewing. I do find that when I choose TV over reading, it's usually because I'm tired. Reading is a more effort filled activity than watching TV.