Richie Narvaez guest blogs this week.  A former president of the Mystery Writers of America's New York chapter, Richie carries himself with a humility that belies a one time head of state.  He is a tireless supporter of other writers and a guy I always enjoy spending time with.  He's also a hardworking writer himself, and one who's quite versatile. I've read stories by Richie in a variety of genres - crime, science fiction, social satire, straight on realism - and he happens to be adept at blending fictional tropes. This year he has a story in a collection of sci-fi and fantasy tales written by Latino/Latina authors, and it's this collection that he'll be talking about here.

So Richie, let's hear about it:

As a doe-eyed kid growing up in Brooklyn, I didn’t actively look for Latino characters in all the buckets of pop culture I was gobbling. But when I came across them, glowing on the screen or speaking to me from a story, it was joyful. Hey, that guy looks like my dad. She sounds just like my mom. Of course, as a Latino, the faces I did find were pretty much limited to Zorro, Chico and the Man, and West Side Story. Still, this showed we weren’t just invisible sideliners in the world. We were a part of it.

One-to-one character identification isn’t necessary for a story to be accessible, of course, but when it’s a character from a group that is usually marginalized, that adds a freshness to an author’s story, and, yes, it’s a nice extra for readers from that marginalized population. Now if I were writing this post last year, I might’ve dared to say that the fight to bring this kind of diversity to pop culture was winning. But after last year’s U.S. elections, it seems that the advantages of diversity need to be brought up again and again.

Realism. Variety. Representation. And empathy, that lessening of fear of the Other. All understandably and logically good things, no? 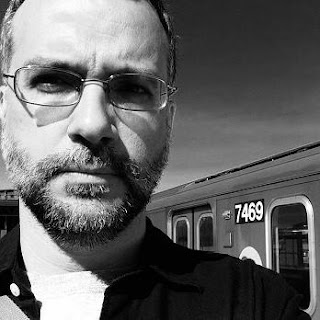 Literary fiction tackles diversity and the social commentary that is inevitably a part of it, but that kind of book may at best have the air of a “Very Special Episode” or “Important Lesson Here” and at worse creak under the label of “political correctness.” This is why genre writing — mystery, science fiction, and horror — can be so important to diversity. While the primary responsibility of genre arguably is to entertain, some of the best genre writing delivers social commentary wrapped in a plot-driven story, and so like a spoonful of sugar to make the medicine go down — or, if you prefer, like an undercover cop, a Mak'Tar stealth haze, or a cloak of invisibility — mystery, science fiction, and horror can make a social or political statement subtle, not polemical, illuminating, not mawkish.

Most crime fiction reinforces the status quo of our lives. Justice prevails, crime doesn’t pay, everyone move along back to your homes now. But when there is Latina lawyer as a heroine, or a procedural series is set in Puerto Rico, that says not only that Latinos are part of the world, but also that we can be part of this tradition of crime fiction. Science fiction, through its frequent use of allegory, alludes to the possibilities or change or the consequences of not changing the injustices in our society. Horror also works at the allegorical level, exemplifying some deep fear in the zeitgeist.

Recently, I had a story published in Latin@ Rising: An Anthology of Latin@ Science Fiction and Fantasy, the first-ever collection of United States-based Latino/Latina writers in speculative fiction and fantasy. By virtue of a vigorous Kickstarter effort by its editor, Matthew David Goodwin, the book got the attention of an independent publisher, Wings Press, and was published in January. 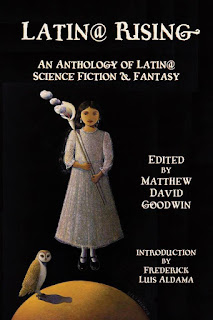 The anthology contains wonderful examples of diversity and social commentary and great plotting. There is a monster in "Sin Embargo," by Sabrina Vourvoulias, but there is also insight into the verbal-coding endured by immigrants, all taking place during the atrocities of Guatemala's dirty wars. Carlos Hernandez's "Entanglements" involves alternate timelines, but also make a comment on stereotypical notions. In my own story, “Room for Rent,” there are no Latino characters. But there are extraterrestrials who are forced to immigrate to Earth.

Now, one thing about such anthologies, titled as they are, is that they may only be read by the converted. But the (possibly a pipe) dream is that these stories and books won’t have to have labels appended to them forever, that these characters and issues can casually illuminate the experience of everyone, including that little kid who does not yet know the joy of finding a familiar face.

Richie Narvaez is the award-winning author of Roachkiller and Other Stories.  His fiction has appeared in Fantastic Stories of the Imagination, Hit List: The Best of Latino Mystery, Plots with Guns, Sunshine Noir, and Spinetingler.

You can get Latin@ Rising: An Anthology of Latin@ Science Fiction and Fantasy here.