Deserve's Got Nothing to Do With It

Some wisdom relayed from SF writer Cat Rambo on the Twitters this week:


The best career (and life) advice anyone ever gave me was Connie Willis. She said, "Don't be a jackass." https://t.co/PNRRb5bVEo
— RainbowRiot Rambo 🦄 (@Catrambo) September 11, 2017

Seems simple enough, but in the often ego-driven world of writing, some don't get the memo. Some writers think the best way to make a name for themselves is to slam other writers publicly. This can be a new writer who thinks that anyone doing better than they are must be a brown-noser or worse, or it can be an established writer with a vendetta against a best-seller who goes on a diatribe about their series at public readings, unaware--or worse, apathetic--that they are insulting the taste of readers sitting in front of them.

Are we not allowed to criticize? Of course not. I prefer to not be a critic, but I don't hold it against writers who are also critics. Sometimes, your honest opinion of a book will get you spit on, like when Richard Ford spat on Colson Whitehead at a party, for a bad review. Now Mr Ford, an old Southern white dude who also shot a book written by a woman who gave him a bad review and mailed it to her, was lucky Mr Whitehead isn't the fighting type. In my opinion he should have left that party wearing his ass for a hat, but most writers don't have the privilege to think they can get away with spitting on other writers and sending them terroristic threats. But they'll sure badmouth you at the bar or on social media, right before they ask you for a favor.

This is the kind of writer who grouses about how the system is unfair and stacked against them in particular instead of well, all of us. This is not to say writing is a meritocracy, or luck doesn't have a big part to play. A lot of success rides on luck, and publishing isn't fair. But it works better for you if you're not a jackass. This means saving your angry rants about how so-and-so doesn't "deserve" what they got. For one, even the insiders don't know all the work (and luck) that makes a successful book or career. If they did, they'd pick winning books all the time. The second, in the immortal words of William Munny, "Deserve's got nothing to do with it."

We can be a catty bunch, writers. Some of us are insufferable and smug. Some people like that kind of character. Some people also like white chocolate. So far, it hasn't kept me from enjoying real chocolate. It's akin to that person who can't let others enjoy something, without explaining to them why it's wrong. You're not going to change any minds. Unless you want to change those minds to think you're a jackass.

Now, because some writers have made a career out of rants, some new writers think this is The Magic Way to Success, and for some privileged few, it may be. But for most of us, writing more, working to write better, and behaving professionally will work better in the long run. Especially when you find out that the writer you called a hack is editing that anthology you want to be in, or curating an imprint, or has become a book critic for a major periodical, and they have to choose between you and the pleasant person who helps other writers regularly.

And it's not just social media. If you don't think people repeat what you've said over too many drinks at the con, think again. The ass you jack may be your own.

So I'm going to end this with one more movie quote, from a favorite of mine. Harvey, starring James Stewart: 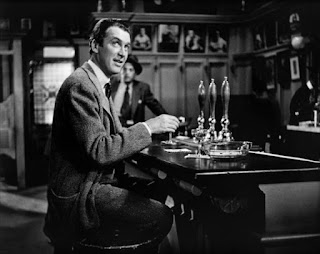 If writing rants is a way to success, it's for the VERY privileged few. I'm about as catty as they get but I learned early on to keep my mouth shut because 99% of that cattiness was due to my own insecurity and flaws, real and imagined. Why would I want to air that all out in public?

Of course, sometimes, I can't help it. The cat gets hold of me and I just start meowing.

Poor kitties, why do they get a bum rap?

Thanks for this handy reminder to continue keeping my mouth shut, Tom.

I have cats. Catty is accurate.
:)