Today, I’m delighted to welcome back DSD alumna Kristi Belcamino. She’s here to talk about going in a new direction in the world of publishing. And guess who’s going to benefit? Her readers! - Claire Booth


Let me start by saying my husband is a wise man. When I told him I didn’t know what to say in this post and how to say it, he said, “Be humble, be honest, and be vulnerable.”
Keeping this in mind, I’m using this space to talk about why I’ve decided to become a hybrid author. For those who haven’t heard this term, it means I’m going to have a body of work that is a mixture of traditionally published books (through big five publishers and smaller presses) and books that I self-publish. The new term is “Indie Published.”
Here is my story thus far:
I was very lucky that the first book I ever wrote caught the attention of an incredibly talented and smart editor at HarperCollins who decided to publish it and three more books in the series.
I’ve been incredibly lucky that most of my readers are passionate about my books. They don’t just like them—they love them.
However—and this is the vulnerable part—enough people didn’t love them.
My series was dropped. The sales were not good enough for my publisher to ask me to write more. It was purely a business decision. I get that.
But I wasn’t done with the series yet. I wrote a fifth book and sent it out to some readers to see what they thought.
Their response helped me make the decision to put the book out on my own.
Next Tuesday, Blessed are the Peacemakers comes out. 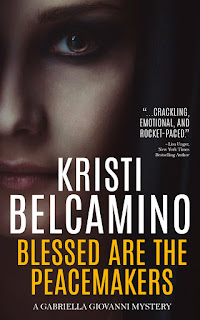 Early reviewers have given me hope that it will be well received, calling it my best book yet.
Becoming a hybrid author is giving me not only the freedom to publish the books I write without anyone else’s approval, but it is also giving me freedom over creative decisions, such as my covers. I am thrilled with the cover design I came up with for Peacemakers (and had polished by a graphic designer pal). I’ve been heartbroken over the publisher’s cover designs in the past and have felt helpless and frustrated believing that a crappy cover contributed to poor sales.
And being a hybrid author means I can publish as frequently as I want.
I write three to four books a year.
Some of those books go straight to my agent. Some I will put out myself. Many publishers are reluctant to pick up a series that began at another house, so going indie with my fifth series book was a natural choice.
Meanwhile, I’m doing everything in my power to make sure everything I put out is written to the best of my ability and professionally edited. I’m also working on what I’ve dubbed “a homeschool MBA in marketing,” learning what I can about this book marketing business. It’s a lot of work, but I’m loving it.
I look at hybrid authors in my mystery genre, such as Rebecca Cantrell and Zoe Sharp, and want some of what they are having.
I can’t help but feel the future of publishing for the majority of mid-list authors (BTW, I’m pretty sure I’m a lower Low-List author) is through hybrid publishing.
It’s a gamble I’m taking.
Here is more of the “vulnerable” part my husband recommended. I am well aware that many, many, many authors in my genre will look down on my decision to self-publish.
They will see it as a failure. If they don’t like me, they will look down at me from their perch and think “Ha! She couldn’t make it with the big boys, could she?”
If they DO like me, they will look at me possibly with pity—“poor thing has to self-publish now!”
Either way, I am ready to accept that some people will not understand my decision. And that’s okay. Because as much as I love, love, love my mystery-writing peers, I’m not writing for them or for their approval. I write for my readers.
And I am still keeping my foot in traditional publishing. I know in many cases it makes sense to partner with a publisher, and I’m still interested in doing that. My agent is really, really good, and I trust her judgment and know she will find a publisher for the books she takes out to sell.
But I’m also excited to strike out on my own.
A few months ago, I asked those on my FB page if they cared or paid that much attention to how a book came out: through a big five or small press, or self-published.
The majority of my readers, the vast majority, said they didn’t care, as long as the quality remained.
On Tuesday, I will officially jump into the Hybrid Author pool. I admit I’m afraid. But excited. Wish me luck. No turning back!
Here is a little bit about my new book (out Tuesday) here:
https://www.amazon.com/dp/B074RJYMP6/

Gabriella Giovanni has it all.
A stunning penthouse in San Francisco. An exciting job on the crime beat. A doting, handsome husband and a beautiful little girl.
So, when she complains about all the travel her husband’s new DEA job requires, Gabriella knows she has good problems.
But when her husband’s plane goes down in the jungles of Guatemala and she is told he is dead, Gabriella thinks things could not possibly get any worse.
She is wrong.
Despite the U.S. government’s attempt to find the wreckage, they come up empty-handed. Gabriella heads to Guatemala to find some answers, and hopefully, some healing.
In the deepest, darkest jungles, it doesn’t take long for Gabriella to realize she’s in over her head and putting what remains of her life—and everything she loves—at risk. 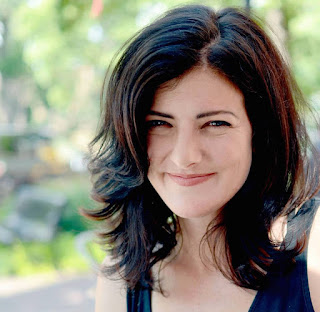 Kristi Belcamino is a Macavity, Barry, and Anthony Award-nominated author, a newspaper cops reporter, and an Italian mama who makes a tasty biscotti.
Belcamino has written and reported about many high-profile cases including the Laci Peterson murder and Chandra Levy’s disappearance. She has appeared on Inside Edition, and her work has appeared in the New York Times, Writer’s Digest, Miami Herald, San Jose Mercury News, and Chicago Tribune. Kristi now works part-time as a police reporter at the St. Paul Pioneer Press. She lives in Minneapolis with her husband and her two fierce daughters.
Sign up for her newsletter here http://www.kristibelcamino.com/contact/newsletter/ and get free books!
Posted by Claire Booth at 3:00 AM

Love this, Kristi! There is no one right path for a good book to get into readers hands -- and you definitely write good books!!! I am so proud of you, not only for making such a brave decision, but for having the courage to share it with all of us. Please know that as a fellow "small fish" author, I find your story super inspiring! Thanks again for sharing.

Congratulations, Kristi. It's a bold move, and you should make it with confidence. There is no lesser quality because you publish via an Indie route. As you say, most readers don't care who published it, that's not why they read. You can put all the quality in, and make a product that shines. Fewer headaches and delays as well, and NO dropping of a series, which has happened to many of my friends. Best of luck with the new direction!

Jill,
Thanks for your kind words! I really appreciate your friendship!
Dale,
Thank you for your support and encouragement!