As character names go, "Ash" is pretty good. A burning past. Something gone. Energy. That sort of thing.

I picked up Nick Petrie's The Drifter this weekend. They had the trade paperback for $16.99 and the mass market for $8. And I think it was one of those slightly taller mass market paperbacks. I don't know what they're called. Deckle-edged spadia remainder. Who knows? I'm not a scientician.

Turns out it's really good so far. I figure he lives, because there's more Peter Ash:

Here's a great post for coming up with a last name for a character.

I nearly called the character in my new novel "Gandhi Shakespeare," but you're supposed to avoid famous names such as those or Hieronymus Bosch or Sam Capra.

Also, this image in that blog post of Shaggy passed out while writing a book cracks me up: 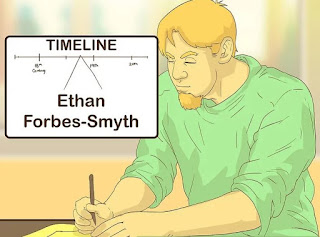 Of course, you can't go wrong using a roster of some college baseball team to name your characters. If anyone from the 1983 LSU Tigers ever reads my next sestina cycle, I'm probably in more legal trouble.

Naming a character can be pretty important. You can use "Alice Hero" as a placeholder to get the story moving, but you really have to get the character right in your head before you can move on. I know I do. (My head, I mean. Not yours, you creep.)

That's it. Back to the final 300 pages of this Ash novel. Be nice to people.
Posted by Steve Weddle at 3:00 AM