A Time for Independence 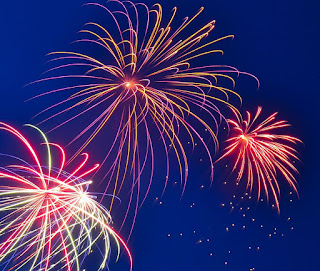 America isn’t the only country having a birthday this week. It turns out July has historically been a hot time for independence. Here’s a sampling of nations celebrating their special days, and this doesn’t even count at least ten other countries whose birthdays fall later in the month.
Algeria, July 5, 1962, from France
Argentina, July 9, 1866, from Spain
Burundi, July 1, 1962, from Belgium
Canada, July 1, 1867. Now a member of the British Commonwealth
Cape Verde, July 5, 1975, from Portugal
Comoros, July 6, 1975, from France
Malawi, July 6, 1964. Now a member of the British Commonwealth
Rwanda, July 1, 1962, from Belgium
Solomon Islands, July 7, 1978. Now a member of the British Commonwealth
Somalia, July 1, 1960, joining together the Trust Territory of Somalia                        (formerly Italian Somaliland) and British Somaliland
Venezuela, July 5, 1811, from Spain
And for those blog readers here in the U.S., there's a date in the course of human events that none of us forget:
United States of America, July 4, 1776, from Britian
Happy Fourth of July.