Gritty in the Suburbs

Stanton McCaffrey is a first time novelist whose book Into the Ocean recently came out from New Pulp Press. A New Jersey set crime novel from a Jersey native, it's gotten good reviews like the one at Out of the Gutter online, and no less a crime writing notable than Charlie Stella calls it "a hell of a debut novel".  In his piece here, McCaffrey talks about how important setting is in his novel and why he aimed to write not an urban crime tale or a rural crime tale, but one set in the very specific world of the New Jersey suburbs.

When starting the brainstorming process for my first novel, Into the Ocean, I knew I wanted to write something brutal, something gritty. I like the idea of morally conflicted and desperate protagonists. Even more, I like settings that don’t just feel like characters but feel like forces conspiring against characters.
For the types of fiction I like to read, those stories typically take place either in urban or rural environments. But those aren’t the places that I know. I could have done research on those places I suppose, but to me that would have been dishonest. That would have been someone else’s book.
No, I grew up in the suburbs. They’re what I know. To be exact, I grew up in Edison, New Jersey, which is in-part the inspiration for the fictional Madison Park where Into the Ocean takes place. Madison Park is an amalgam of central New Jersey towns, where we have both trailer parks and housing projects. We used to have vacant factories too, but they’ve all been turned into big-box retailers and Amazon warehouses. The poverty is there too, you just have to look for it or know people well enough. 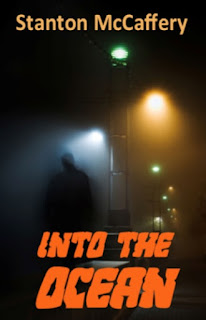 It struck me thinking about the setting I grew up in and am still in to an extent, that I didn’t have to write someone else’s novel in order for my book to be gritty or for it to hit some of the same notes that other pieces of noir hit. Based on my own anecdotal experiences alone, with some creative exaggeration of course, I felt I could pull off some brutal and honest crime fiction.
Just like in the flashback scenes I have in the novel, there were some nasty characters around me growing up. And, man, people in the eighties and nineties in central New Jersey were incredibly racist (not to say they’re not still). There was one kid who would ride his bike through the Orthodox Jewish neighborhood making Nazi salutes. Last I heard he had a job with the township.
Also, the town I grew up in had and still has an almost comically corrupt police department where one officer recently tried to firebomb an officer from another town’s house for not getting his relative off a DUI charge. When I was a teenager I had a drunken run-in with the Edison cops myself from which I still bare the scar on my head. A detective told me that if I didn’t admit to punching a cop he would stick his pen inside the hole the other officer had put in my head.
If you decide to pick up Into the Ocean, you’ll notice that police corruption features prominently.
It’s not just the police. The entire atmosphere in the suburbs is stifling. Growing up, if you had a conflict with somebody in elementary school that conflict carried through to high school. If you weren’t lucky enough to get out as an adult, you still worry about running into that person you tussled with in 5th grade or one of their siblings at the ShopRite. In the suburbs like Madison Park there is no starting over.
There’s the poverty too, a staple of noir fiction and something I felt compelled to depict. In my neighborhood now, which you’d still consider the suburbs, poverty is apparent. As I write this, two of my neighbors sit with their utilities cut off because of inability to pay. Two houses on my street were abandoned when the owners could no longer cover the mortgages. My personal favorite story is that another one of my neighbors, one who my wife also witnessed smashing his car with a garden hoe in a drunken fit of rage, tore off his nipple hopping out of a dumpster after looking for food. Now, tell me that’s not gritty. 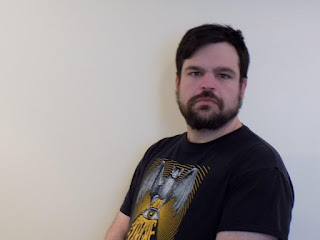 There are statistics and wider reporting to support these anecdotal observations as well. The suburbs might have once been the home of Leave it to Beaver, but now they’re home to Breaking Bad. According to Time Magazine, more and more people simply don’t want to live in the suburbs anymore. According to The Atlantic, “The number of poor in the suburbs surpassed the number of poor in the cities in the 2000s, and by 2011, almost 16.4 million suburban residents lived below the poverty line.”
This means to me that many of those that still live in the suburbs are those that for one reason or another can’t get out. They, like many noir protagonists in books from Dennis Lehane or Daniel Woodrell, are stuck.
Add to all this the current opioid epidemic hitting much of the U.S. and particularly central New Jersey and you have a perfect storm fit for crime fiction.
And Into the Ocean is fiction, but I like to think it portrays at least one honest perspective of life in the New Jersey suburbs where it’s not just the summer humidity that makes you feel like you’re going to explode.

You can pick up Into the Ocean here.

It's a terrific read ... and I can vouch for the poverty in Fords, New Jersey (where I also live) ... there are literally 2 sides of the tracks (New Brunswick Avenue), where my wife tells me we're on the wrong side to pick up Fios ... somehow I'm a lot more comfortable there.