By Claire Booth
I fell in love with the Midwest. And then I fell in love in the Midwest.
I grew up on the West Coast and hadn’t spent much time in the Midwest until I went to college. I enrolled at the University of Missouri-Columbia, packed up the bare minimum, and moved seventeen hundred miles.
It was a fantastic university in a town full of arts, and sports, and no parental supervision. I met lifelong friends and started my writing career.
And unlike my childhood home in Nevada, it was green everywhere, and humid, and full of trees that exploded with color in the spring and the fall. It rained during the summer. There were fireflies. All astonishments of nature that I’d only experienced in books.
I couldn’t help but fall in love with the place. And then I fell in love with the man who would become my husband. And he introduced me to Branson.

You might have heard of it. Country music theaters, huge busloads of tourists. 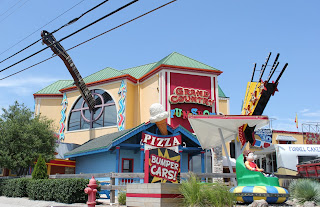 But it’s also in a very proudly rural area in the Ozark Mountains that was well known for its outdoor recreation and fishing long before it became a country music draw. And it has many of the characteristics the Midwest is known for – the slower pace, the welcoming attitude, the politeness. 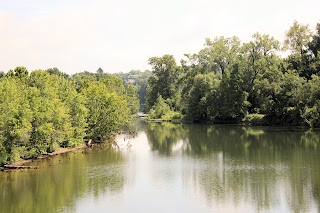 For instance, typical Midwestern friendliness can be amplified by the small size of a town. On one visit to Branson, we were running errands. A driver waved to us as we passed her while pulling into a parking lot. I was confused. What was she trying to communicate? Was our muffler falling off? Our tire flat? We weren’t in her way, were we? What was her problem, I groused. My husband looked at me with a mixture of pity and exasperation.
“She was waving at us. To say hello. Because she’s friendly. People do that here.”
Oh.
That possibility had never entered my citified brain. I resolved to immerse myself as much as I could. And the more I learned about Branson, the more fascinating it became to me. It’s a small town … but it isn’t. Less than 11,000 people live there (more than double the population when my husband first took me to visit). Yet it gets millions of visitors a year. So it has to have an infrastructure that supports this huge tourism industry. And that dichotomy has always fascinated me.
So when I decided to begin writing a mystery series, I knew immediately where I would locate it. How could I ask for more – a place that was a small town and a big city all at once, and that was located in my beloved Missouri?
I’m not a native, and I didn’t want my protagonist to be, either. I wanted my readers to see the Midwest through the eyes of someone who was experiencing it – the good and the bad – for the first time. And so I made my Sheriff Hank Worth an outsider who’s suddenly put in charge of the entire department when the former sheriff resigns the job. There are many people who aren’t happy with his appointment and try to discredit and undermine him. And Hank, who’s been a big city street cop for years, has no experience running an organization or managing employees.
He’s trying to figure all that out when one of the area’s biggest tourist attractions, a showboat called The Branson Beauty, crashes on a nearby lake. But what starts out as the logistical headache of rescuing more than a hundred stranded passengers turns into a criminal nightmare when the body of a murdered college student is found in a locked room.
This is the perfect Branson combination for me – tourism and nature. The showboat, with its skirt-twirling, fiddle-playing, tap-dancing extravaganza of a stage show, employs several of my characters and entertains many others. And it wouldn’t exist without the lake, a giant recreational jewel just outside of the city limits.
I’m looking forward to exploring more of Southern Missouri and the Midwest as my Hank Worth series continues. Hank's next case will take him into the Ozark backwoods, where he has to solve the murder of a John Doe that sets him in the middle of a generations-long family feud. And that's in addition to running for election so he can keep his job as sheriff. He’s doing everything he can to win. And that’s because he – like me – has fallen in love with the Midwest.
This article originally appeared in Mystery Readers Journal: Midwestern Mysteries (Volume 33:1).
Posted by Claire Booth at 3:00 AM