Are you a writer today?

That the week has been filled with dumbasses on the internet should shock none of us.

Stephen Hunter, who has won a mother fucking Pulitzer goddamn Prize and published two dozen books, wrote a piece about how writers should write every damn day.

People I've never heard of lost their shit. They ran to Twitter and Facebook to complain about Hunter's tone and say mean things they thought were clever.

Hunter said many things in his piece. Here's the nut of it, as I saw it:


I don’t do regrets. I don’t have to do regrets. I finish. So let me give you some practical advice from a regret-free life.
The most important thing is habit, not will.

Yesterday, I listended to Merlin and Dan talk about Motivation Vs. Discipline: http://5by5.tv/b2w/326

The idea, at least for writing, is that you can get motivated by an idea, by something that sparks you. To get the thing done, though, you need to be disciplined.

Any dumbass on the internet can have an idea, can be motivated enough to tweet. But do you have the discipline to write 1,000 words a day? To get up early or stay up late to get the work done. Do you have a writing schedule or do you only write when inspiration hits you?


There may be people who have more talent than you, but there's no excuse for anyone to work harder than you do. - Derek Jeter 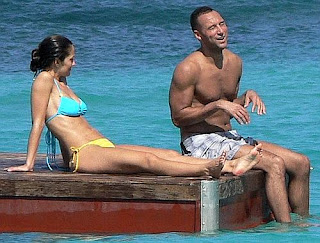 There, I just wrote that. Does that make me a writer today or do I have to write 994 more words?

Go to the 1 hr 16 min mark of the Merlin and Dan podcast if you want to hear what they have to say.