Wash It All Away 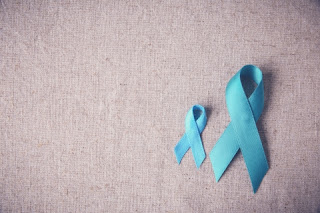 "Wash it all away. She stands on the cold tiles drawing the hottest water old pipes allow. Like a breaking dam, the shame washes over her. Her shoulders curl over and she covers herself. Ease inside. The hot water startles her delicate, torn skin and she covers her mouth to stop a scream. Humidity sucks the breath from her lungs. Lightheaded, she sinks further in, closing her eyes, water covering her ears. The water turns cold, she shuts it off and takes her blue robe from the hook behind the door. She picks up her crumpled clothes from the floor, holds them under the light, turning them over. She shakes out her coat and hangs it on the hook. It smells like him, smoky and strange. Her white underclothes are now a dark, ugly red. She had been stupid and vain; smearing on her makeup, believing she was pretty, smiling at herself in the mirror. She hurries down the dark hallway and out the back door. She opens the nearest trashcan, pushes her clothes deep inside, pulls newspapers and cans over the pile, hides what she has done."


Nearly one in five women in America has been a victim of rape or attempted rape.  Every eight minutes Child Protective Services substantiates a sexual crime against a child. Over half of sexual assault victims are under the age of eighteen. A rape occurs nearly every two minutes.


On April 1st 2001, the United State nationally recognized Sexual Assault Awareness Month for the first time. In the years since, the organization has worked with employers to understand workplace culture’s role in preventing sexual violence, recognize the prevalence of sexual violence that occurs in the workplace and provide a safe process for those coming forward.

The organization has concentrated efforts on preventing sexual assault on university and college campuses. College campuses have seen an unprecedented increase in sexual assaults and harassment. In addition to serving the many survivors on campus with physical and mental support, the NSVRC has made strides in prevention with increased resources spent on campus safety. 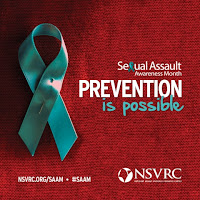 
It’s time for victims and survivors to emerge from the shadows, feel our support and experience a world where we are all free from the threat of violence.


“This month, we are once again reminded that we can change our culture for the better by standing together against the quiet tolerance of sexual assault and refusing to accept the unacceptable.”