Beauty and the Beast


Spring break! Test run for summer. The little vacation that could. We tend to stick around town for the week. Museums. Parks. Hikes. We also hit the movies. We save our dollars for the arcade games. Shine our coins for the Gotcha machines. Pull the college savings for tickets. We love going to the movies. Power Rangers. Lego Batman Movie. Beauty and the Beast. 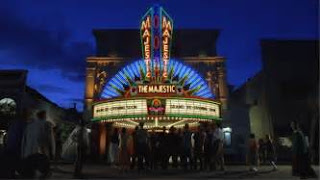 Speaking of Beauty and the Beast. I went to see the film with my mother and two daughters. It was perfect. The music was iconic. We can’t stop singing the songs, even the new pieces. Ewan McGregor, as Lumiere, turned in an inspired performance, as if he had been waiting to become the next Maurice Chevalier. Emma Watson was beautiful, charming and sweet, not at all like Hermione. Sorry, I’m a Ravenclaw. Josh Gad a riot, singing and dancing, so wickedly funny. The dance scenes were spectacular and the sets awe-inspiring.
Honestly, I was surprised by how much I enjoyed myself. You see, I was never a Princess girl but along came my ladies and a whole new world opened. My oldest is a self-described tomboy and yet she has a favorite princess. Merida. Brave. “I’ll be shooting for my own hand.” Fiery, red-headed Merida.
My youngest daughter has always been a Disney Princess gal, Belle her favorite. Though Princess and the Frog runs a close second. She has a thing for flappers and gumbo. The music was great.
The kids turned me on to the Princess thing and I turned them on to the animal escapades. I’ll admit, each one of us loves Marie. “Everybody wants to be a cat.” 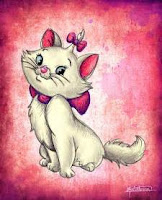 Yup, my mom and I were Disney animal girls. Lady and the Tramp. 101 Dalmatians. Dumbo and Jungle Book. My mom and I had a standing date when I was little. We would see a movie, the Air Force base we lived on had a small theatre, and have lunch at the Chinese restaurant. We always got a booth and she let me have a Shirley Temple. Known as a Cherry Coke these days. Ah yes, I remember it well.
Mom and I did have one Princess moment pre-daughters. It just happened to be because of Belle.
In 1991, when the original first came out, my mother and I saw it together. A few weeks prior I had received word I would be moving to Los Angeles. I had finally been offered the job I had worked really hard to get. It was a crazy time.
Beauty and the Beast had a beast so we were excited but It was also about a girl who wanted more than her small provincial town. I sort of understood her dreams. I would be leaving the east coast with its train and interstate routes making it easy to get home and heading to California. Six hours by plane. If I could afford the ticket. Out there, I would be totally alone and out of my element. It was exciting. Scary. Needless to say, for many reasons, we both wanted to see the movie. We had a standing date, after all.
Fast forward nearly twenty-six years later and I was sitting in a theatre with my mom and two daughters watching Belle and her beast. The years in between were rocky to say the least. There were times it seemed neither of us were destined to survive. Alcoholic boyfriends. Drug addicted boyfriends. Insane, abusive bosses. Psychotic roommates. Stalkers. Psychopaths. Terrorist attacks. Cancer. That’s just the stuff I remember.

Point is, I never imagined myself getting married much less having babies. I never thought I’d be there, watching my mom and kids play hot potato with the Rainbow Twizzlers I smuggled inside my deceptively small handbag. Plus, the Hershey’s and caramel. We bought sodas and popcorn. I’m not a complete animal.
So, when my supremely sensitive ladies asked me why I was crying at the end of the movie and I told them it was because (SPOILER ALERT) Mrs. Potts was able to hold Chip once again I was lying through my blubbering teeth. I cried because I could not believe how lucky I was to have my girls with me. I cried because, after all the tears and years I discovered, you can have all the adventure in the world and still make it home. 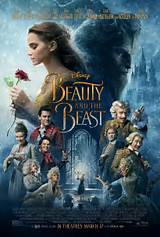 Posted by Marietta Miles at 7:54 AM