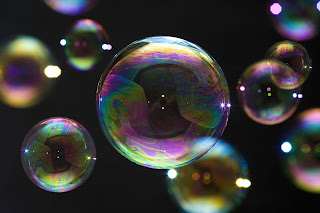 Do you have friends and family with views that are different than yours? That is becoming less common, apparently. We block our way on social media into only hearing what we want to hear. And I'm not saying you're wrong for doing it. We all need to take care of ourselves. I've been fortunate in that I have been able to travel around the country and the world and visit other bubbles. Tokyo and little suburbs in Niigata prefecture, Japan. Copenhagen and small Danish villages where we ate fried eels. Pozzuoli, the neighborhood in Napoli where Sophia Loren was from and the Camorra crime syndicate holds sway, the New Jersey of Italy, because it smells like a sulfurous Earthfart thanks to Vesuvius, where it rests, waiting for the next big one. And in America I've lived in naturist colonies in California (thankfully before phone cameras) and deep red state Louisiana,
"liberal lakes" Minnesota, and visited cities and burgs of all sizes.

But I've been to many more places and met even more people without ever leaving my chair, because I read a lot of books. I read books by people who live lives so unlike mine it feels like fantasy or science fiction. These writers invite us into their bubble to walk in different peoples' shoes. I've been to Bull Mountain thanks to Brian Panowich, parts of L.A. I've never seen thanks to Robert Crais, Josh Stallings, and Christa Faust. To Belfast during the Troubles thanks to Adrian McKinty, to Haiti thanks to Roxane Gay. And I've invited people to my world with my own stories.

I've been accused of being a "social justice warrior" where that's an epithet, not a commendation, because I write about people of all creeds and colors and backgrounds. Well, welcome to my bubble. I grew up in a town that doesn't sound as diverse as it was. Martha Stewart sprang from it like a decorating demon in a cloud of brimstone and potpourri. Marty Kostyra (as she was known then) is in the Nutley High School Yearbook of 1959 with my old man. But my street, which was literally on the other side of the tracks of the Lackawanna-Erie Railroad line, had refugees from VietNam. My friend "Jon" was one, and introduced me to shrimp chips and Shaw brothers movies and taking your shoes off when you came inside to watch TV. Across the street was Santos, the Puerto Rican Vietnam vet with the ponytail who told us creepy stories in the summer when we sat out on the stoop or started an illegal campfire to roast marshmallows and hotdogs. I learned to play soccer (ahem football) from someone who had tried out for the Colombian national team and I drank homemade wine given by an Italian neighbor and ate mulberries off the thorn bushes in his yard. My uncle ran gay bars for the Jewish mob in New York and told us about his transgender bartender who played matchmaker for goombahs who liked trans women. And of "Betty Grable" aka Tom, a country boy who fled home to be a circus geek before finding a home behind the bar.

And at ITT where my mother worked, and I came on age fifteen as a dishwasher and later short order cook, I met Irish and Scottish women who had worked as housemaids (like my Italian grandmother had) to come to America. And black men and women who made a good living as porters and cooks and managers, like Norman who told me how he went marlin fishing every year, and Harold who served in World War II and told me the French prostitutes thought he would have a tail, and Peter the Greek who ran the kitchen and warned me to never, ever, wash his omelet skillet. My WWII-vet uncles who roofed houses and fixed cars, and my biker and trucker Nam vet cousin who showed me the shrapnel still working its way out of his leg ten years later.

If you've read Blade of Dishonor, you've been in part of my bubble. Bad Boy Boogie, out in April from Down & Out Books, explores more of it. Bubbles are beautiful, but aren't meant to last. Burst yours with a great book. When I visited Ireland, a couple in Galway bought me a pint and talked about Henning Mankell, how they visited Sweden because they loved the Wallander books. We can't all hop a plane and visit, but we can read the book. So we don't need to wonder how the other half dies, to quote INXS. Because we'll know.

Love this post, Tom! If only our new POTUS read books. ;-)