The Times They Are a-Changin'


By Claire Booth
The world of words was rocked this week by the announcement that Bob Dylan won the Nobel Prize for Literature. Yes, that Bob Dylan. 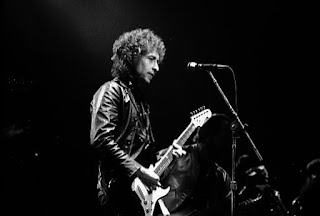 He’s the first songwriter to win what is arguably the most prestigious literary award in the world. Lots of people are grumbling about it, and lots of people are happy about it. (Which is pretty typical of the Nobels.) But one reaction was almost universal. Everyone was surprised.
I was delighted. And not just because I’m a Dylan fan. I think it signals a refreshing willingness on the part of the Swedish Academy to change with the times.
The ways we communicate are evolving at breakneck pace. Texts, tweets, Instagram photos – the list goes on and is constantly growing. Even in the narrow world of novels and poetry, there are more accepted ways to do it than ever before. There are books on paper, books in digital format, books on audio, books as graphic novels.
It really isn’t that big a jump to songwriting. Obviously, putting words to music is not a new concept. But in the rarified air of international awards, the acknowledgement that song lyrics can also be literature – that’s revolutionary.
And it bodes well for things to come. There are a lot of people out there who have a way with words. Who knows what form they will use in the future to communicate their work? They – and those who judge them – shouldn’t have to be limited to only what has been accepted in the past.