I Miss The World - Guest post by Violet LeVoit

Please welcome Violet LeVoit to my Friday spot here at Do Some Damage, writing on the inspiration for her latest novel I Miss The World.


I saw Los Angeles with my own eyes for the first time two years ago. I was on a book tour in support of my short story collection I'll Fuck Anything That Moves and Stephen Hawking with stops in Vancouver, Seattle, Tacoma, Portland, San Francisco and Los Angeles. It was self-financed and self-booked, my big DIY effort to make the most of my trip out to Bizarrocon. Finding venues to read was not going well. Vancouver, Seattle, and San Francisco gave the slightest twitch at the news of my arrival, like the involuntary shudder that shoos a fly from a water buffalo's skin, and went back to being desirable and unattainable. A now regrettably defunct zine storefront in Tacoma gave me a reading. All my leads in LA ignored me, except for Burbank's twisted lowbrow Hyaena Gallery. 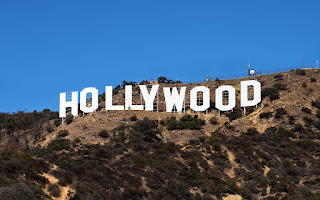 When not planning this tour I was working full time to support myself and my son at an ostensibly socially conscious food co-op, where their earnest and smug desire for nutritional yeast-fueled social change did not include my $10 an hour wages. I was also writing copy whenever I could for film websites. I was also completing the manuscript for the short story collection-to-be. I could not afford a car and I could not afford internet in the tiny apartment where I owned no furniture that required two people to lift, because I couldn't guarantee there would be someone to help me if I needed to move in a hurry again. Then my beloved grandmother died, of Alzheimer's.
Soon after the funeral my son's father called telling me some urgent and unfair detail, some extra thing that needed to be done to keep all the plates of my life spinning. I don't remember what it was exactly, but when I hung up I remember that tipping point morsel of stress sending ribbons of fierce running cracks across the lake of my psyche as if seeded with Vonnegut's ice-nine. My co-workers found me crumpled into a pile in the break room and drove me to the hospital. The terrified intake nurse asked the gibbering wreck of me if I wanted to be seen by psych and the stupidity of the question sent me shrieking into the linoleum floor
The rooms really are padded in the psych ward, just like in the movies, and as I lay there pondering this fact two doctors came in. One was an old silverback in a white coat and one was young. Dr. Silverback had some questions. Was I having suicidal thoughts? Hearing voices? Any grandiose plans? Well, I said, I am planning a self-financed book tour down the West Coast for a book no one has heard of or will ever care about. Yes, he said, but do you think you'll win a Pulitzer for it? Now that's grandiose, I said, and he snickered, and turned to the younger doctor and said a sense of humor is an encouraging sign. That little wisecrack earned me a Xanax and discharge papers. I was released into the care of my mother and sent home.
Five days later I was on a plane to LA.
I saw lots of things for the first time on that trip. I went to the strip of sidewalk in Leimert Park that was the site of Elizabeth Short's body dump sixty years ago. I saw the Watts Towers. I involuntarily laughed out loud when I saw the Hollywood sign – it's real, just like padded rooms are. I saw backyards with persimmon trees so laden with heavy sweet fruit in January they plopped all over the cars in the driveway, and sunrises in Technicolor sky blue pink. And I went to Hollywood Forever Cemetery with a friend, and she said I was fun to go with because I knew who all the people were. Here's Renee Adoree, whom MGM literally worked to death while she was still recuperating from tuberculosis. Here's most beautiful junkie Barbara La Marr. Here's Darla Hood, the Little Rascal whom I dressed up as in a little pink dress my mother sewed for me when my second grade teacher said we had to do a report about a historical figure. I loved it there. You can see the Hollywood sign from the gate. 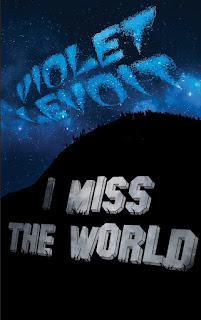 My life is better now. I am married and sane. I own furniture the two of us can lift together. The cloud of blood from the bruise of that hurtful winter has risen to the surface of the skin, and dissipated. It dissolved into I Miss The World, set in Hollywood Forever and answering all the questions I could not then: about forgiveness, forgetting, grief, revenge, the past, the future, the self and where it goes, just like the ditty I saw printed in carefully painted white letters on a photo of headless corpses hung on meathooks in some Depression morgue, like a closet full of suits:
This party that you now see
As you are now so once were we
and if you do not give a cuss
just grab a hook and follow us.