I was discussing Brian De Palma's Blow Out the other day, and the talk about it turned to what a great ending it has.  It's a film that has one of the most devastating, sad but perfectly set-up endings you're going to find anywhere.  It's the kind of ending that I find occurs rarely, one that follows a story of tension and suspense, that could believably end well for the main characters, but that concludes on a note of surprise, ruthless logic, and complete despair.

"It's a good scream.  It's a good scream," says John Travolta's character to finish the film, and this simple line hearkens back in a bleakly ironic way to the very first scene in the movie. Except what was amusing to open the film, after all that has gone on during the course of the narrative, is no longer amusing at all.

Talking about De Palma's movie got me thinking about other films with endings that have hit me with the same force Blow Out's does.  What's another film with an ending you didn't see coming and that leaves you reeling in darkness but that, as soon as it falls, strikes you as absolutely perfect?

The one that occurred to me is Georges Sluizer's 1988 Dutch film, The Vanishing. 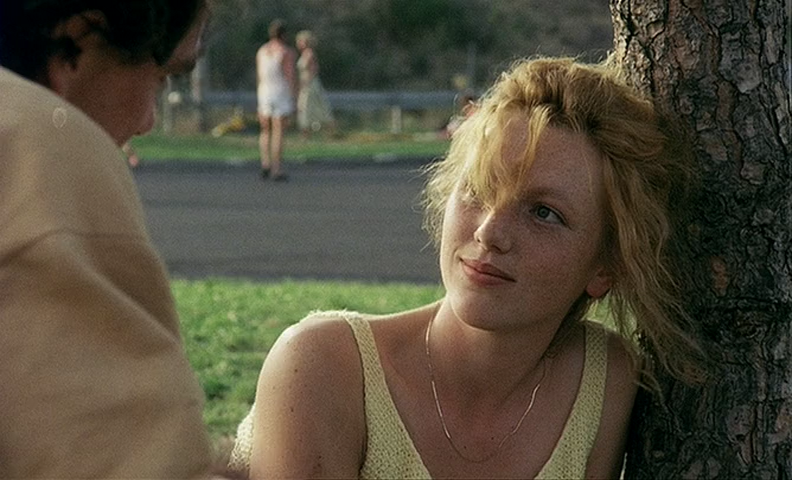 Adapted from a novella called The Golden Egg, The Vanishing involves a young Dutch couple, Rex and Saskia, vacationing in France.  It's clear they are in love and relaxed with each other.  Needing gas for their car, they stop at a rest area gas station, and afterward they play catch with a Frisbee and bury two coins by a tree to mark their feelings for each other. Saskia walks back to the rest area to pick them up some drinks. From that rest area she will never return, and the story goes from there, with Rex starting what will become a three year search for her.

It's difficult to talk about The Vanishing's plot without giving too much away. Suffice it to say that Rex is obsessed with discovering what happened to Saskia.  He feels he must stay true to his promise never to abandon her.  In time, he encounters the man responsible for her disappearence, and Rex's chilling odyessey will indeed lead him to the place where, as her abductor promises him, he finds out exactly what happened to her.  He experiences her fate for himself, and in fact, as horrible as this fate is, he even perhaps achieves a certain satisfaction imagining himself reunited with Saskia. As he swore to her the last time he ever saw her, he has not left her alone.

Not unlike with Blow Out, The Vanishing's denouement echoes something seen at the film's opening, in the very first shot.  Everything comes full circle in a manner that's not predictable but seems to have been inevitable.  With both Jack Terry (Travolta's character) and Rex, it's a case of be careful what you wish for, because what you get may be the product of your worst nightmare. This is narrative irony of the purest kind.  And the sensation it creates, at least for me, is positively thrilling. There's sadness and despair over what happens but appreciation for the story's formal brilliance.  The contrast provides a potent kick, a supreme sort of aesthetic excitement. It's a combination you don't find too often, but when you do, it's storytelling gold.

Agreed, Scott — really admire these films and their endings. It takes such a delicate balance and really such bravery in some cases to try to pull this kind of ending off and to pull it off right.

When I first saw the movie Limbo (John Sayles) I didn't like the ending but over time I realized it was perfect. I guess that says something, that I thought about it long after I'd seen the movie.

Art - in Blow Out's case, the ending certainly didn't help the film at the box office. The movie tanked when it first came out, despite mainly excellent reviews, and the darkness of that ending was a big reason.

John - Same for me with Limbo (which I love by the way). The ending bugged me on first viewing, but the more I thought about it, the more it seemed right. Gutsy ending, that's for sure.

I remember seeing this movie in the theater. Anyway, how about the ending of "Seven"?

Rick - Yes! Absolutely. The ending to Seven. The final revelation of course and really that whole final stretch, the drive out into the country...One of the best endings ever using complete sunlight, no shadows or darkness, and totally open space, and yet it's really unnerving.

And all that sunlight and openness really made a disconcerting impression after the entire movie up to that point had been so darkly lit and closed in. It almost seemed like the director had dropped the ball when I first saw it, and then it dawned on me.... I'm slow sometimes.