Jewelry heists are great fodder for crime fiction with all the moving parts leading up to the robbery, and all the complications in moving the jewelry to translate it to the one thing we all need - money. But there's something else everybody needs, and it's a lot easier to move.

We all need it, we all eat it, and we all appreciate when it tastes especially good. With certain foods hitting cult status, it's no surprise that foie gras isn't the only illicit food on the black market. Here are four of my favorite food heists. 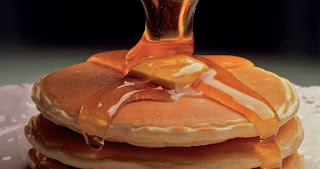 Maple syrup is one of the more perplexing things we consume - you can imagine somewhere in history, one of our ancient ancestors seeing fruit on a tree, giving it a sniff, and thinking it would be good to eat. Imagining a person standing in front of a tree leaking sap and deciding to lick it is a little more difficult. Regardless, maple syrup is a big deal.

So big, an official federation (Federation of Quebec Maple Syrup Producers) was established to keep syrup prices stable. Opposition to the Federation led to the hilariously titled "Maple Wars" and to a massive heist of maple syrup - the amount stolen was said to be so large that it would have taken over 100 tractor trailers to move it all. So how the hell do you fence syrup?

That's the interesting part. They didn't. The syrup wasn't stolen with the intent to turn the liquid gold into greenbacks, it was stolen specifically to destabilize the Federation and cause havoc. Almost 30 people were arrested in the grand scheme, and millions of gallons of syrup recovered - but plenty of it got out of Canada and into the world. There are a surprising number of ham heists to choose from, if one is googling the words "ham heist," but one stands out, not just for the beautiful alliteration, but for what followed.

Over the course of a week, a former Honey Baked Ham employee and two friends repeatedly burglarized the warehouse and nearby "Roly Poly Sandwich Shop" before using the money to finance a week long cocaine fueled vacation in Florida.

The ringleader's home was filled with assorted meats and a nearby lake was filling with discarded safes from their miniature crime spree when they were caught in their makeshift meat house. They were caught when, unable to break into a natural foods store, they opted to attempt to break into a cigarette shop. See kids, smoking is bad for you. 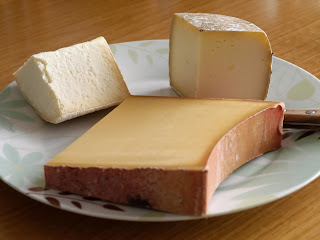 When you think of Wisconsin, you think of cheese. The problem is, Wisconsin has been having a hard time keeping the cheese in check. In January of 2016 two separate cheese heists lost over $160,000 worth of cheese. Forty-one thousand pounds of parmesan was stolen right out of a warehouse in Marshfield, Wisconsin. A week later, a tractor was hitched up to a trailer holding $70,000 worth of cheese and disappeared. The cheese was later recovered in Milwaukee, but the criminals behind the heist remained at large.

Today (June 30, 2016), Wisconsin lost another 20,000 pounds of cheese was stolen in its trailer. The police aren't sure whether it was a one-off deal, or it was connected to a larger operation, but I think they may want to look into the possibility of a cheese mafia just be sure. 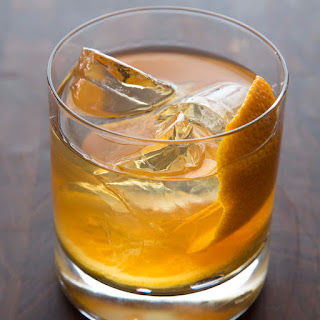 Well, a lot of things, I imagine. But for Toby Curtsinger, the price people are willing to pay for Pappy Van Winkle whiskey was too much to pass up. He and members of his softball team worked out of at least two distilleries stealing Wild Turkey and Pappy Van Winkle, then selling it and the empty barrels for a hefty price to just about anyone who would buy them. Curstinger wasn't sly about his side business in the slightest, bragging about his supply, and keeping it right on his property. He had so much whiskey on his property when authorities arrived to check out an anonymous tip they actually smelled the whiskey before even getting to the front door.

Curtisnger and his gang of whiskey bandits talked openly in text messages about their steroid use and their illicit whiskey sales so much, and so blatantly, their case was a slam dunk. The total haul was said to be over $100,000 worth of whiskey but it's hard to know how much they managed to sell before the rest was recovered.

The real tragedy? The recovered whiskey had to be destroyed.

The real take home here is that everyone but the cheese bandits have been caught, and almost all the food ends up being tossed in the trash. Much like the restaurant business, stealing food is a high risk game.
Posted by Renee Asher Pickup at 2:30 AM