Holly's note: When I asked Chris DeWildt to write a guest post for DSD this week, I never guessed it might help me solve a dilemma I've been having with my own WIP. But the question he poses: Why do crime fiction writers write what we write?--helped me do just that. One of the reasons I write and read crime fiction is that I believe even good people are capable of doing terrible things under the right (or wrong) circumstances and its a theme I'm compelled to explore again and again in my own work. Thinking about Chris's question helped me nail down the theme of my current WIP. Thanks, Chris!

I'll pass the mic to him now:

So I was on Facebook the other day (I’m always on Facebook) and running my mouth as usual (I’m always running my mouth) and posted a short gem (they’re all gems) about the best piece of writing feedback I ever received from a professor. It was this: “You have talent, but is this how you want to use it?” Now, I was young, and while I was ecstatic to be recognized as having talent (what fledgling writer isn’t?) the second part of her statement, “is this how you want to use it?” confounded me. The story she referred to was a noir piece at its core, probably better described as horror in hindsight, but I thought what I’d written was good, a kind of twisted coming of age tail in which three young children are attacked by a stray dog while walking through their suburban neighborhood. The arc was completed as the last child learns that life isn’t as peachy as we tend to assume it is when we’re young, a lesson everyone learns eventually. Unfortunately for the kids in the story, this lesson came too late to do them any kind of good. I think I worded it something like “it was the moment they separated real-life from Disney for the first time.” I’m sure if I read this piece now I would be mortified and wonder exactly what the professor saw that qualified as “talent,” but the “is this how you want to use it” question stuck with me. What did she mean? Of course it was. I’d written the piece, hadn’t I? I later realized what she was really asking me was why didn’t I write something more akin to the epic poem about famous quarterback Joe Namath she’d written and shared with us, or the dialogue only piece about a flirty young girl working in a call center who took on various personas as she tried to entertain herself through the night shift. What my professor wanted was something more “literary” or to borrow a wonderfully sarcastic line from author Joe Clifford, something about “the symbolism of a rain soaked parking lot. Or a story about Christmas dinner with my grandmother in Japan.” And then, just like that the semester was over and I was never able to answer her question, but I couldn’t dismiss it either. Then, years later, something occurred to me: that the more interesting question, for every author, isn’t what, but why do we choose to write what we do. 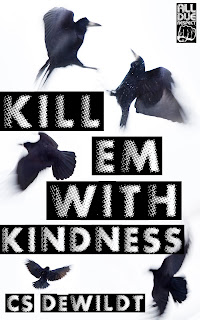 I love dark subject matter. I always have. As a kid I loved pouring over the crime section of the newspaper, the violence particularly giving me a thrill. And the more sordid the better: beatings, sexual assaults, abductions, murders; the reports gave me access into worlds I didn’t want to be in, but didn’t want to look away from either. Now it’s no secret to anyone who writes that the things you take in are going to affect the things you put out. But that still doesn’t fully answer the why of it. So I continued to wonder why are we, as dark writers, so drawn to these things? In preparation for this post, I asked many of my writer friends about this, looking for some common theme, a signal in the noise so to speak that would give some kind of insight. I was met with a variety of reasons my brethren and sistren choose to write the violent, dark prose we do. For some it’s simple catharsis. For others, it’s a vicarious wish fulfillment they are too law-abiding to seek out in real life, and on the page, anything goes. Someone told me it was more of a calculated choice, a way to both gain sympathy for characters as victims, or to simply put their protagonist’s feet to the fire and up the ante quickly. And still others reported the old art imitating life adage, and though violence was a horrible thing in the real world, their stories gave them level of control over what is otherwise very unpredictable and no always as satisfying. The surprising thing, or maybe not so surprising since dark genre writers are about the nicest, most supportive people I’ve ever met, is that many of them told me that they often find themselves in a moral dilemma, asking themselves repeatedly if they are doing the story justice with the violence and not just producing an exploitative shocker or perhaps taking the easy path to the readers’ emotions. And it’s this dilemma that to me is the crux of our desire to depict the horrible and hideous, the vile side of humanity. What it provides us is the opportunity to explore our own morality, to examine our own lives and make sense of that real darkness we’re forced to witness.

Art comes from pain, it’s cliché but that doesn’t mean it’s untrue. I could give you a sob story about my own life that would bring some people to tears while causing others to laugh at how easy I’ve had it, relatively speaking. But relative as it may be, my pain is real. My friends’ pain is real. Your pain is real. I can only speak for myself, but I’d be surprised if any writer couldn’t relate at some level, that by digging around a little deeper than they’ve had to go personally, they can see that their trials, their hurts, are universal and in most cases, truly not as bad as they could be. I’ve never had a real artistic philosophy for my writing other than that I make it a point to try to find some kind of beauty inside ugliness, whether it just be some sort of justice being served or just something terrible to the best of my ability, infusing it with the truth it warrants. As a result, I relish my time in the murky depths, and that breath I take when I return to the surface is a reminder of how good everyday life can really be. I’m not claiming any kind of truly novel insight, just my own experience, but if you’re a writer and this idea seems foreign to you, I recommend you give it a try. Challenge yourself to go to places you’d rather not. Challenge yourself to examine the dregs of humanity. And tell me it doesn’t feel great when you get back.

So, Ms. Professor whose name I can’t remember. Your tutelage was valuable and I appreciate the feedback, but to answer your question: Yes. This is exactly how I want to use my talent, and now I can tell you why. So thanks for that. 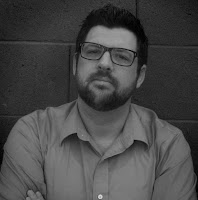 CS DeWildt is the author of several works of crime fiction and numerous short stories. His latest book, the rural noir Kill Em with Kindness was released by All Due Respect Books in June 2016. He lives in Arizona. You can find him at csdewildt.com and on Twitter @csdewildt

Email ThisBlogThis!Share to TwitterShare to FacebookShare to Pinterest
Labels: all due respect, cs dewildt, kill em with kindness