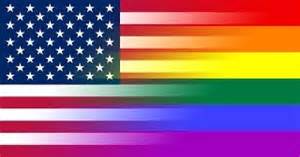 In the wake of the tragic events of the weekend, what can be said? Nothing will bring back the lives lost. Nothing changes that outcome for those individuals and their families.

If I could wish one thing to come out of it, it would be that people understand there is such a thing as a hate crime.

A hate crime is a crime specifically motivated by the perpetrator's prejudices and beliefs. They don't target a lover who's betrayed them. They don't target victims of opportunity because as long as they get the gender or hair color right anyone will do.

They target people who they hate, based on ethnicity, sexual orientation or religion.

And these crimes are so much more dangerous because of the sheer volume of potential targets available to the perpetrators. It isn't okay that a spouse murders their cheating partner, but when that's the motivation the scope of potential/likely targets is narrow.

When a person acts out of hate their attacks could be anywhere they believe people to be what they hate. If that's an ethnic group, anywhere they think those people will be.

If that's gay people that could be anywhere.

There will be questions in the wake of the weekend's tragic events, but there will be no trial. There will be no justice for the families. But if there was, I would hope that there was appropriate hate crimes legislation, because these types of killers will always have more targets to attack, and hate is an extreme viewpoint that is hard to eradicate, and worst of all, these killers feel justified to act because of their beliefs.

They're the fundamental motivation for terror attacks, and the only good thing I take away from this weekend was that the president didn't rush to conclusions but still called this what it was, a terrorist attack.

Some have twisted the events perversely, to make this be about Muslims, instead of this being about an attack on the gay community. This is homegrown hatred breeding homegrown terror, the fires stoked by politicians who want to legislate away individual freedoms while protecting everyone's right to an assault weapon, because it's like that's more important to them than an individual's right to life.

And some will vote for the very politicians fanning the flames of hatred that are part of what's producing homegrown terrorists, and yet take no responsibility for the fact that until each individual - regardless of race, religion or sexual orientation - is treated with respect under the law and by those who govern, there are people in society who see that they'll be defended in their hate crimes.

Maybe the other bit of justice to hope for would be that Dan Patrick be sued the next time someone guns down a bunch of strangers because of their sexual orientation, since he seems to think its okay.

I'm just so disgusted. And appalled that there's even an argument to be had about semantics in the wake of this tragedy.
Posted by Sandra Ruttan at 10:16 AM