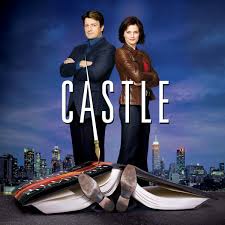 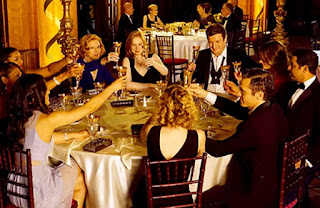 But, most of all, CASTLE will end the way it started. With two characters, Richard Castle and Kate Beckett, two people from different worlds who found each other, discovered in the other person that which they themselves lacked, withstood the hardships of life, fell in love, and got married. In so many love stories, there’s the “and they lived happily ever after” line. The implication is that life will always be smiles. That’s not the case. What the romance of Castle and Beckett showed, time and time again, is that life throws obstacles in their paths, but together, they can overcome anything. That they are stronger together than apart.
And we are all happier for all the joy that CASTLE has brought to our lives. Together, we have experienced our lives together, cast, crew, and fans. No matter what life threw in our way, we always knew that, come Monday nights, we can see our TV friends and they’ll bring a smile to our faces.
Man! I so loved this show!
It’s easy, now, to write “There’ll never be another show like it,” but there likely will be. After all, some folks characterized Castle as a new Moonlighting. But the next show that tries to do what CASTLE did will have an incredibly high bar to reach, to say nothing of surpass.
So, come Monday, we will get our happy ending. And Castle and Beckett (and us) can end this wonderful relationship in the only way possible.
Together.
Always. 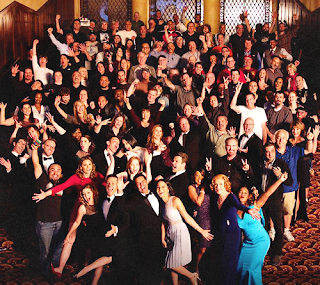 P. S., I just re-watched the series premiere Everything we love is there, right from the beginning. It was like Marlowe and company created this show from whole cloth and the subsequent years only refined its flavor. Truly a one-of-a-kind program.
Posted by Scott D. Parker at 1:00 AM

Yes, Scott, a great show. Serious now and then but most of all entertaining which such a show should be. I've missed episodes but caught most of them.
But, as you touch on, what's coming now?
Dave
www.dmmcgowan.blogspot.ca