During the last two weeks, I've enjoyed reading the feedback and reviews of my new novel Graveyard Love.  Among a few repeated points, one observation has been that the story's narrator, Kurt Morgan, is an unreliable narrator.  It's an accurate description, but actually there are two types of fictional narrators I called upon in creating Kurt. They are types not unrelated and sometimes you get both types within one character in a book, but they are in fact distinct from each other. One type might be called the obsessive isolated existential narrator.  Think Dostoevsky's Underground Man, talking at you from his bleak apartment, and you have the prototype for this sort of character. He's more of a ranter, a compulsive monologist, than a person telling a skewed, self-protective story. For a long time, I've loved reading novels with these kind of narrators, and actually, using the great Argentinian novel The Tunnel, by Ernesto Sabato, as a jumping off point, I discussed a few notable examples of this type of narrator in an essay awhile back over at the Los Angeles Review of Books site.

But what about the other type, the narrators who aren't so much isolated souls howling in torment as unreliable tellers of their tales ?  With the new book out, and the unreliable narrator influence apparent in it, I thought this would be a good time to talk about some of my favorite novels that center around these slippery characters.

Here's a short list, books with unreliable narrators that have made a strong impression on me:

I read this 1915 British novel in college for a class and it has stuck with me ever since.  Yes, this is an Edwardian era novel where the characters, on the surface, behave politely.  But it is also a very dark tale about two couples whose relationships, through adultery and deceit of all kinds, come unraveled.  Three characters die, one goes mad.  And the narration, told by one of the four participants, is a masterpiece of misdirection. Nothing is what it initially seems in this book, and the famous opening line, "This is the saddest story I ever heard," straightforward when you first read it, becomes downright chilling and indicative of total deception by the time you've finished the story.  All four of the novel's players deceive each of the others, and John Dowell, the narrator, is the most unreliable of the four, leaving all sorts of gaps and elisions in his telling. The reader is left with plenty to fill in on his or her own, and some of what you fill in does not jibe with the version of events Dowell is relating.  As if that were not enough, Dowell has got to be among the most self-deceiving characters in the history of fiction, something the author pulls off masterfully, allowing you to understand things the character can't or won't.  For anyone interested in the unreliable narrator device, this masterpiece is a must read.

Nobody does unreliable narrators better than Nabokov, and most people name Lolita first when they think of Nabokovian narrative deception.  I've always found Humbert Humbert to be less of an unreliable narrator than a self-justifying one.  I mean, we have to pick apart the "fancy prose style" somewhat, but we do know what he's doing with the pre-pubescent love of his life.  The narrator of his 1934 novel Despair, Hermann, is if anything more solipsistic than Humbert, and as the book proceeds and Hermann plots what he tells us is the perfect murder, we realize we cannot trust anything he says because we simply don't know whether what he is telling us is accurate, a half-truth, or a total figment of his imagination.  Does the man Hermann tells us is his double, and whom he intends to kill, resemble him at all?  Despair uses the unreliable narrator to wonderfully mordant effect, and it's no stretch to call this tale of murder and madness something of a crime novel.

David Cranmer has written an insightful, detailed piece about Despair at Criminal Element that I urge you to check out if you haven't already: http://www.criminalelement.com/blogs/2014/04/vladimir-nabokov-hidden-noir-despair-lolita-novel-doppelganger-scam-1955.


THE GROTESQUE and ASYLUM by Patrick McGrath

A master of stylish gothic fiction, British writer Patrick McGrath has employed the unreliable narrator in several novels. He's a writer obsessed with mental illness, psychological trauma, repressed sexuality, and adulterous relationships.  In a way that Freud would appreciate, his preoccupations seem to date back to childhood; his father was the Medical Superintendent at Broadmoor Hospital in England - a maximum security psychiatric hospital.  The two McGrath books I've read, The Grotesque and Asylum, both have unreliable narrators, and it's obvious from the David Cronenberg film adaptation of McGrath's Spider that this book does also.

In his first book, The Grotesque (1990), the narrator is Sir Hugo Coal, a between World Wars British aristocrat confined to a wheelchair and unable to talk.  His mind is quite lively, though, and in his internal monologue, he tells how the household's butler, a man named Fledge, has ambitions to usurp his place in the house, including to sleep nightly in his wife's bed.  But is Fledge really out to get him as he claims, or is Coal attracted to Fledge in a way he can't accept in his own mind, fueling his paranoia and visions of persecution?  McGrath writes in a heady, elegant way consistent with the gothic form, but there is nothing slow or old-fashioned about The Grotesque.  It's a devious and entertaining book filled with wit and bite.

Asylum (1996) is another one I can't forget.  I found it to be a spellbinding tale about the destructive relationship between the wife of a psychiatrist running a mental hospital and a patient-murderer-sculptor there.  Here the narrator is not the husband or his wife or the patient, but a colleague of the husband's who watches everything unfold and tries to convince us how dispassionate he is about it all.  But is he as detached toward the wife involved, Stella, as he claims?  As in The Good Soldier, the opening sentence is a tip off, though of course no reader grasps this right away.  "The catastrophic love affair characterized by sexual obsession has been a professional interest of mine for many years now," the narrator says.  Sounds dry, sounds professional, but in the realm of the unreliable tale teller, there are always hidden depths 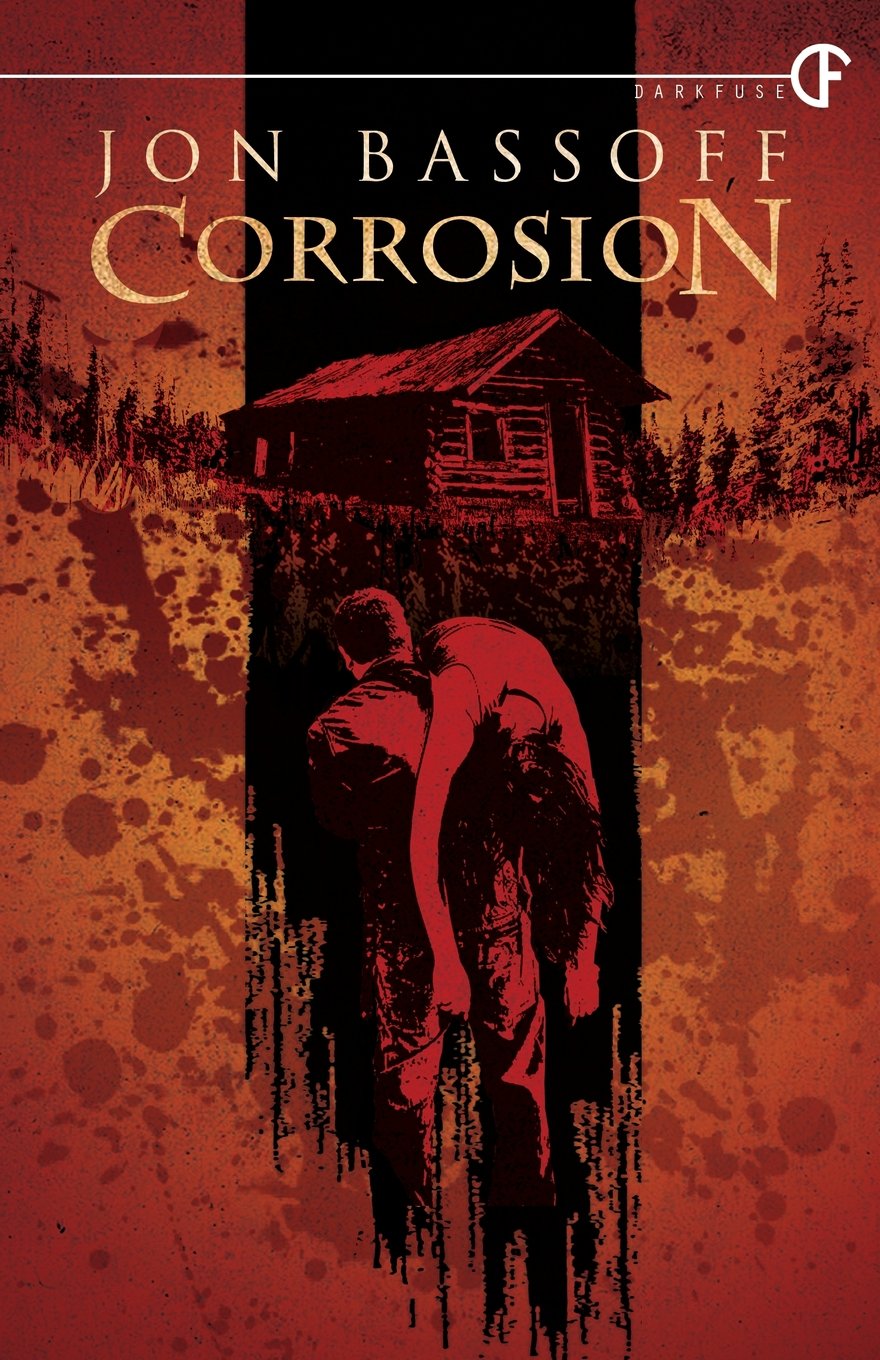 The less said about Jon Bassoff's terrific novel, the better. It's got a number of dark twists and turns that I don't want to hint at for those who haven't read it.  But let's just say that this contemporary noir/psychological thriller presents identity as something malleable and Bassoff uses the unreliable narrator technique audaciously.  It's a book that takes chances and the chances pay off.  Bassoff takes the unreliable narrator tradition you find in crime fiction masters such as Jim Thompson and makes something of it that's his own.

Through her long career, Ruth Rendell was another writer who created a number of unreliable narrators.  Her 1987 novella Heartstones shows her doing in economical form so many things she does well.  The story of two teen sisters named Elvira and Spinny, their widower father, and the woman he meets and plans to marry, the book is told by the elder sister Elvira, and in typical Rendell fashion her narrative voice is quiet but creepy.  She keeps telling us that she didn't have anything to do with her mother's death and that her father, who she dotes on obsessively, cannot be permitted to marry this new woman in his life.  Rendell has an uncanny skill to develop a complicated plot unobtrusively, with everyday events happening, through characters who are complex, believable people.  Then from the quietness she lowers the boom and you realize just what has been going on as you read, and the horror appears, to your surprise and chagrin.  Heartstones serves as a prime example of this - a short book perfectly crafted.

Six books with unreliable narrators.  All of them I enjoyed immensely, and from a writing perspective, I learned a lot from each one.

What are some of your favorite unreliable narrator novels?

All first-person narrators are unreliable to some degree. We can only see what s/he notices through the prism of their perception, and even then only if they feel like telling us. This can lead to some fascinating plot reveals or resolutions when what the narrator has described doesn't quite match up with "reality."

Definitely true. Though some narrators are clearly more deceptive than others, whether on purpose or subconsciously. The books where the author is suggesting things to you even the narrator doesn't or refuses to understand can be fascinating.

THE LITTLE STRANGER, Sarah Waters. One of the best IMHO.

Oh and WE HAVE ALWAYS LIVED IN A CASTLE.

Patti, I love Shirley Jackson and have been meaning to read WE HAVE ALWAYS LIVED IN THE CASTLE for so long it's a little embarrassing. Have to get to it finally. I don't know THE LITTLE STRANGER but I'll look that up. Thanks!