The Four Books That Went Into FOUR DAYS

Scott's note: Iain Ryan guest blogs today.  Iain's first novel has just come out - Four Days from Broken River Books.  It's a blistering police story set in the Australian cities of Cairns and Brisbane in the mid 1980's, and I couldn't recommend it enough. Violent, bleak, and as unsentimental as crime tales come, it's a book that vividly captures a group of very troubled people living in a difficult time in a hot, damp, nasty place.  It's a propulsive book, tautly written, the kind of novel you can race through in a single sitting. I could talk a lot about it here, and want to, but wait, the reason I asked Iain to visit was so that he can talk about it.  So, here he is...

My debut novel has a very meagre origin story. After years of messing around with writing — of trying epic novels, experimental flash fiction, literary shorts — I finally wrote what I thought someone else might read and enjoy. The manuscript I put together as an ‘entertainment’ (to borrow from Graham Greene) turned out to be a draft of Four Days and, to be honest, I was a little disturbed by it. I tried to do something accessible and trashy and melodramatic but turned out a densely plotted book about inherited corruption, sexual dysfunction and ultraviolence. Nevertheless, as I edited the manuscript I started to place it in a small, personal canon of books I loved. These were authors I knew full well I’d borrowed from. Sitting alongside these greasy crime novels below, I felt a little better about myself. 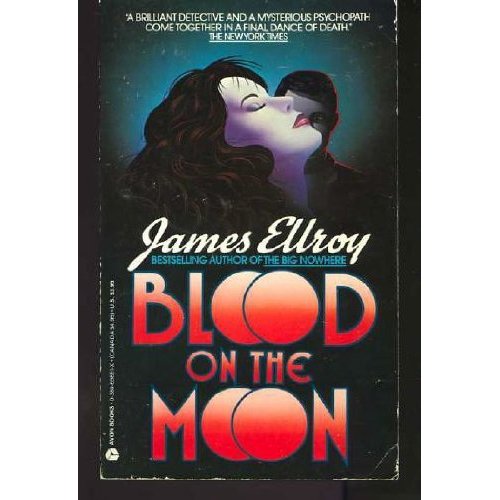 1. Blood On The Moon by James Elroy

James Ellroy is a huge influence on my work. Huge. I make no apologises at all for both studying his books and emulating his style. Everyone has their cornerstone (Ellroy had Chandler) and throughout Four Days, Ellroy was a devil on my shoulder, barking softly, telling me to go further. When it came time to outline my book, I went back to where I met Ellroy: the Lloyd Hopkins trilogy, which I read from the public library as a teen. Something about those early books called out to me and as I re-read Blood On The Moon I remembered this piece of trivia: Ellroy tried to write Blood On The Moon as a commercial potboiler for Avon. And yet he couldn’t do it. The Lloyd Hopkins books are some of his most straightforward stories but Hopkins gets impossibly bleak, dysfunctional and violent, and eventually the whole series slides into the abyss. That felt familiar. I couldn’t go straight either.

2. I Was Dora Suarez by Derek Raymond

They say you have to reach rock bottom to know where it is. Has anyone put down I Was Dora Suarez and felt otherwise? There’s something riveting and openly revolting about this book. The legend has it that it made publisher Dan Franklin vomit over the manuscript during editing. I don’t have to guess which scene. (Neither do you, if you’ve read it.) And yet the book is no sick joke. It’s not trying desperately to offend. It just is — in its essence — a book that travels deep and far into the worst excesses of crime.  What did it do for me? Again, there’s something reassuring about knowing that no matter how far down the rabbit hole you go, Derek Raymond is a few rungs further down having a smoke, muttering, “Anyone who conceives of writing as an agreeable stroll towards a middle-class life-style will never write anything but crap.” I don't think UK writer David Peace really 'lands the plane' with his Red Riding series until the third one 1983.  But I read the first two novels in the months leading up to Four Days and their stylistic influence is pronounced.  I think a lot of people mistake this for Ellroy's late-career minimalism - and that is an influence, for sure, especially White Jazz - but at the sentence-level it's Peace that I can't shed.  He got into my book and I couldn't really edit him out after a point.  And then I didn't want to because I don't think any other crime writer is quite as good as Peace at marrying the horror of crime to the horror of everyday mundanity and there's something in his style that helps achieve this.  His main characters compartmentalise nothing.  Every scene is a crime scene to them.  His books are lists.  There's nothing super dramatic or direly composed about it.  I feel weird when I read them.  So I'll take as much of that vibe as I can steal.

I'm pretty excited about small press and self-publishing, especially this current moment where the physical books coming out of print-on-demand machines are almost indistinguishable from trade books.  I'm no digital utopian but there's a certain messiness creeping in and I like it.  The pulps were messy and is there a more revered epoch in crime fiction?  Three years ago I didn't know any of this existed.  And I have no idea how I stumbled on Crime Factory's "Single Shot' title Fierce Bitches by Jedidiah Ayres or why I bought it but once I started, I couldn't put it down.  It read like a contemporary coda to my favourite Jim Thompson novel, The Getaway.  A short novella comprising three shorts - all with a different mode of narration - and titled with that title, I soon got the distinct impression that Fierce Bitches was too idiosyncratic and weird for commercial publication.  Yet here it was, in my hands. That gave me ideas.  One of them was to write to Jed and ask him for advice about my own unpublished manuscript.  He was kind enough to write me back (would anyone else on this list?) and he in turn recommended his editor (J David Osborne), who much later became my editor and then my publisher.  Not a bad outcome for $3. 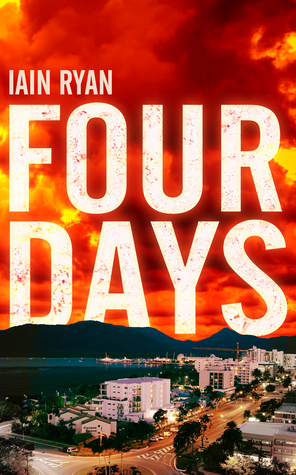 Iain Ryan grew up in the outer suburbs of Brisbane, Australia.  He predominantly writes in the hardboiled/noir genre and his work has been previously published by Akashic Books (New York) and Crime Factory (Melbourne).  Four Days is now available from Broken River Books.  You can see what Iain is up to at his website.

And you can order his book here: FOUR DAYS.
Posted by scott adlerberg at 3:00 AM

Four Days blew my hair back

Clearly, I need to add all of these books to my TBR list.

If only there was a way to slow that ever growing TBR list.

Great to see it getting some love. It's a ripper, as was Fierce Bitches.