Scott's Note: Today we've got Gabino Iglesias guest posting.  Does Gabino even need an introduction?  I don't think so. Certainly not in the indie crime fiction world.  He happens to have a new novel out, Zero Saints, a barrio noir, and the accolades have been rolling in. I started it yesterday - I'm two chapters in - and I'm kind of annoyed that I'll have to spend a whole day at work today before I can get back to it. 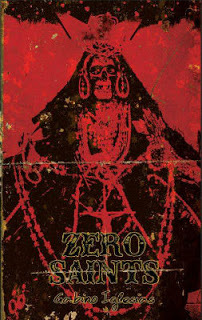 “I didn’t hear those pinches cabrones coming.” That’s the opening line of Zero Saints. The second it was written, I knew I’d started down a weird path and there was no coming back, but that knowledge did nothing to minimize my insecurities or cut down on the number of times I thought about the reasons behind my choice to write a novel in Spanglish. However, I stuck with it. Why? Because we’re living in a great time in publishing, a time in which positionality is being acknowledged in all the right ways, supported by the best indie presses, and accepted as natural by most intelligent readers.

“Motherfuckers will read a book that’s one third Elvish, but put two sentences in Spanish and they think we’re taking over.” Those words by Junot Díaz encouraged me to keep at it whenever I’d start fearing I was going overboard with the Spanish. Thankfully, by the time those thoughts arrived, I’d already decided that my commitment to crime fiction with a message was stronger than my desire to write something that would appeal to most readers. Counterintuitive as it sounds, my commitment stemmed from my appreciation of the times we’re living and the opportunities we have as authors of these times.

Yeah, I know that sounds pretentious as fuck, so let me clarify: I wanted to write an entertaining novel about decapitations, a desperate man trying to battle a really strong, almost inhuman evil, a Russian hitman, magic tattoos, and an unblinking visionero. That being said, I wanted that narrative to carry something heavier than entertainment value. I wanted the novel to explore life after crossing the la frontera. I wanted the novel to be about syncretism, superstition, fear, love, weirdness, hybrid cultures. and a plethora of elements that are part of my immediate reality or my childhood, and Spanglish was part of that. Code switching is part of my everyday life, and writing something that reflected that was something I simply had to do.

The best thing about sticking with it and dropping all those prayers in Spanish is that I feel Zero Saints joins a truly outstanding group of novels that put positionality at the forefront without sacrificing anything. We’re living, and reading, in a time when I can enjoy Danny Gardner’s A Negro and an Ofay and see the similarities between someone who belongs to no nation and someone who’s too dark to be white and too light skinned to be black. Life in those interstitial spaces is a unifying theme for many, and when you mix it with the basic elements of crime fiction, you get novels that work on a multiplicity of levels. Furthermore, I can read this novel while having Scott Adlerberg’s next novel in the pile and still celebrating the fact that my hermano Grant Wamack will has joined the Broken River Books roster and will give us his crime debut in 2016. This is diversity. This is great fiction. This is why Zero Saints feels right.

Most folks think of positionality in fiction as something that stands aggressively against the narratives offered by straight white males. They’re wrong. Many of my favorite authors (i.e. Jeremy Robert Johnson, J. David Osborne, Cameron Pierce, Brian Allen Carr, ect.) are straight white dudes. I love what they do. Positionality is something else; the realization that the “I” needs to be hidden sometimes and allowed to take over at others. Positionality is saying that homosexual (and straight!) authors shouldn’t be fearful of writing homosexual characters. Positionality is allowing someone like me to write a novel in Spanglish because that's my reality. Positionality is accepting that a brutally honest book about African Americans in this country will have a healthy dose of racism. Positionality is allowing authors to speak their truths through fiction and accepting it as a unique thing that doesn’t necessarily stand in opposition to another.

A novel is a weird thing that’s born out of our desire to tell stories and then acquires some baggage along the way. At the end of the day, once it’s been polished, it should be whatever the author wants it to be. In my case, Zero Saints is a chunk of reality wrapped in a lot of weirdness and religion and sprinkled with the kind of hyperviolence I’ve come to love in neo-noir. It’s also a narrative that takes advantage of the fact that there are brave indie presses out there willing to put out a book with Santa Muerte, Changó, and Niño Fidencio all thrown into the same universe, just like in real life. That diversity is where I stand, es lo que soy. That rich, beautiful, multicultural mess is what I celebrate and where I stand. The fact that I’ve been given a chance to share all of it is something I’m truly grateful for and clear proof that women, the LGBTQ community, and POC are finally getting a chance to write whatever the hell they want. Yeah, it’s a good time for positionality. Let yours shine. 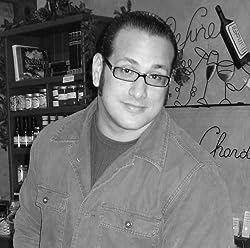 You can pick up Zero Saints right here.
Posted by scott adlerberg at 11:24 AM