Fat on turkey and maybe a little hungover from cheap wine and rum cake, I'm still excited about a new project I'm working on and that's a great feeling. A few days ago I went to Facebook to get everyone's favorite heist movies and criminal couples. It was a good time, but watching ol' Bonnie & Clyde got me thinking about Bonnie Parker in relation to my new character and all the bad, nasty women I would interview for research if I could.

First and most obvious - Bonnie Parker. 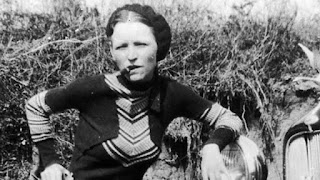 What I wouldn't give to know if she was a cold blooded criminal with a thirst for fame, or a girl along for the ride. It seems like everyone has an opinion on what Bonnie's role in the Barrow Gang was, but I'd love to hear it straight from her cigar smoking mouth. My theory is she was as mean and nasty as the rest of the gang, but I guess we'll never know for sure. 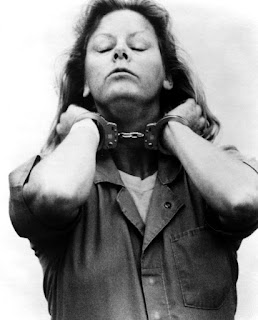 We've all heard of the "hooker with a heart of gold" but Aileen Wournos couldn't have been further from the trope. Famously saying "I'm a serial killer - I'd kill again!" and presenting herself as a sort of black angel of death for rapists and unsavory men, the truth seems to be somewhere between that and the media's view of her as a cold blooded bitch. I'd love to sit down over a cup of coffee and get some insight into her as a person, but her last cup of black coffee was served just before her execution in October of 2002. I'd settle for a cup of coffee with Charlize Theron, but she isn't returning my calls. 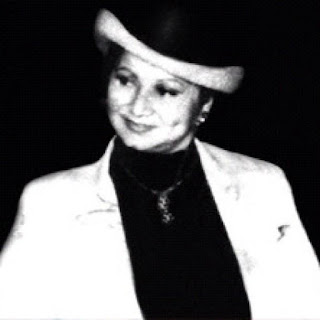 Her name was Blanco and she was the "Cocaine Godmother" and there is something ridiculously cool about that. Griselda Blanco is fascinating because she seemed to really love her job and station. Men like Pablo Escobar are well known and accepted as a sort of default - men in it for the money and power, but women like Blanco are either incredibly rare or underreported. Not only did she hold her own among the criminal men in the cocaine wars of the eighties, but she kept herself in the game even from prison. I don't think many women worry about breaking the glass ceiling in the drug trade, but Griselda Blanco did just that. She lived like a drug lord and, ultimately, died like one - shot in the head outside a butcher shop. 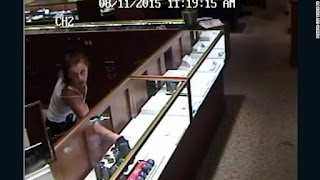 All these other women got popped or thrown in jail, but this last lady - no one knows who she us or where she came from. Always more interesting than the criminals who got caught - the ones that get away are the ones we all want to know. This woman's approach is simple and to the point - her face is even caught on camera, but she walks free. Of course, "she" maybe "they", and they may not even know each other. Either way, a lot of jewelry is missing and despite having a clear picture of this woman's face - no one has any clue where it is.

In this latest work I'm having a lot of fun exploring criminal women who are in it for the money and fame - not the watered down version of women criminals we get in pop culture. They're all misunderstood, vaguely sexy, along for the ride. Even recent history tells a different story - for every "Orange Is The New Black" backstory where a woman falls into crime because of a man, there is a woman who loves what she does, and will do it again. Those are the women I find interesting.