So, you want to write comics, do ya? 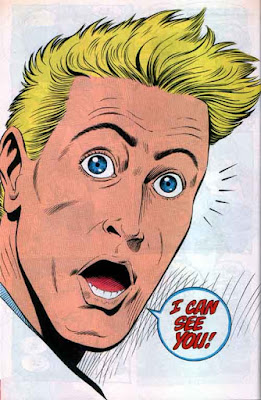 
This post may be helpful to absolutely no one (way to sell it, Segura), but I felt it’d be more fun to read than me whining about people rushing to share their outrage over True Detective on the Internet.


I work in comics. I edit some, I publicize a lot. It’s my day job. I’ve written a handful, have a few things in the pipeline, have worked at a few companies and, in my early years, covered the industry. I’ve been involved in comic books to some degree since 1999. Crazy right?


I’m also a crime writer. Therefore, I meet a lot of other writers at conferences, book events and so on. One of the most common things I hear from authors is something along the lines of “I want to write a comic someday.” or “I love comics but have no idea how to break in.” This makes sense. Comics are cool. A lot of us writers have multiple influences. I love crime novels but I also love diving into a stack of comic books. All of it comes from the pulps in one way or the other. So, while I can’t give you a failsafe way to “break in” or “get a comic made," I can share a few lessons I’ve learned first-hand or seen during my time in the industry. Take it all with a grain of salt and use what works for you. 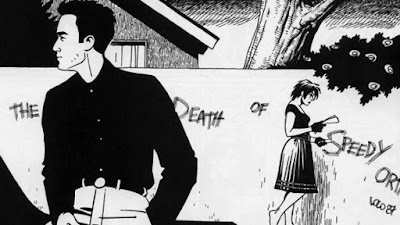 Know/learn comics. For every great writer I meet who is a fan, who knows the world of comics and is into possibly writing comics, there will be one that has no sense of the medium. And that’s fine - if you’re willing to learn more. Hell, saying “learn” makes it sound boring. What could be more fun than going to a comic shop and buying a stack of graphic novels and figuring out what you like? I don’t think anyone expects a new comic book writer to know every nook and cranny of DC continuity or name every member of the Great Lakes Avengers (or read every issue of Cerebus) - but do some homework. Find the comics you like to read. Those are usually in tune with the kind of comics you want to write. Some (all over the place) suggestions to get you started: Blankets, Fun Home, Daredevil: Born Again, The Girl From H.O.P.P.E.R.S., Animal Man, Essex County, Hellboy, Green Lantern: Rebirth, Last of the Independents, Watchmen, Clumsy, Black Hole, Optic Nerve, Afterlife with Archie, Fatale, Bitch Planet, American Vampire, All Star Superman, 100 Bullets, The Spirit, Ms. Marvel. This is a smattering of stuff of the top of my head, not a be-all, end-all list. That said, you could do worse than these titles.

See how others do it. Comic scripts are weird. They’re like screenplays but aren’t. They’re like novels but not. They’re their own bizarre little amalgam, and that gives the medium its quirks and personality. Could you write a comic book script with zero experience? Sure. People have done it. It’ll make for a steep learning curve, though. The easiest first step is to find a comic script - like, the actual Word-style document - written by an author you like. Trust me. Do a web search. You'll find plenty. Then, if their style of formatting, dialogue structure and scene breakdowns work for you, adopt them. That’s the bare minimum. But there’s also a lot of theory to writing for comics - how many actions should reasonably be squeezed onto a page, How much dialogue you should squeeze in per word balloon and stuff like that. That requires a deeper dive. I suggest reading Scott McCloud’s excellent trilogy of books on comics, Understanding, Making and Reinventing Comics, to start. Some other great “guide” type books: Words for Picture by Brian Michael Bendis, The DC Comics Guide to Writing Comics by Dennis O’Neil, Writing for Comics & Graphic Novels with Peter David. Again, this is just a sampling. I’m sure there are plenty of useful, great books that I’ve missed. 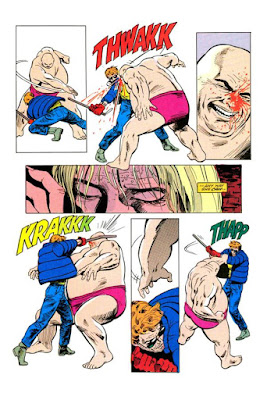 Don’t be precious. A speedy comic book writer can write a full script (first draft, natch) in maybe a week or two. It takes an artist, assuming he or she is doing pencils and inks, over a month to draw 22 pages. It’d be a drag for said artist if the writer wasn’t open to collaborating, or leaving stuff open for interpretation. If your comic was a movie, think of yourself as the screenwriter. The artist is basically the director - deciding (with your input!) on things like mood, camera angles, tone, scene structure, you name it. Unlike a novel, where you are lord and ruler of the page and can do as you see fit with anything, comics are a team effort. There’s the writer, the artist, a letterer and a colorist - minimum. Often, there’s an editor (especially if you’re doing work-for-hire at an established company) who has been tasked by the company to drive the ship and preserve the brand/IP. You have to be open to feedback, willing to let people do what they were hired to do and understand that not everything in your script is going to show up on the page as you envisioned it. But hey, that’s part of the fun, too. In my experience, more cool stuff comes from these jam-like moments than not, and you let your collaborators know you value their work and time by allowing them to be part of the creative process, as opposed to just doers following your commands. This brings me to my next point… 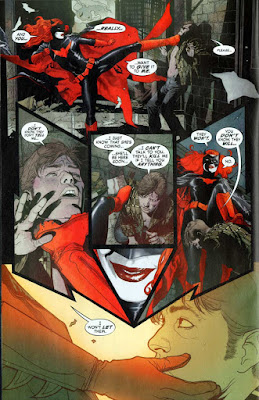 Think visually. Comics aren’t about word count. Dialogue and description are not the only tools you have to relay what is going on. If you’re paired with a great artist, they can and will make your story sing.


Network. Meet people. Come to a convention! Remember when you were a hungry author looking for a book deal? Trying to land a comic deal is similar, except you’re back at square one. I get that some of us have agents and there are “proper channels” we use to get our ideas out there, even if it's in a different genre from mystery/crime. Still, nothing can replace in-person face time. Talk to the editor of your favorite comic and let them know you’re a fan. And, oh, here’s this novel I wrote. That moment - showing that, yes, someone on the planet liked your work enough to pay to print, distribute and sell it - is important. Plus - conventions are fun. Networking and talking comics can be fun. 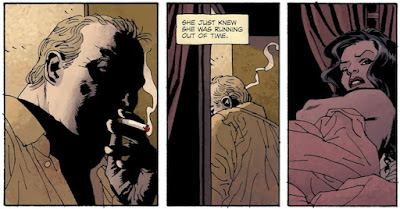 Know what you want to do before you pitch. Remember when I said you should figure out the comics you like? Well, once you do and have a sense of what that looks like, you should figure out what comics you want to write. And by kind, I don’t necessarily mean genre. I mean it in a more business-like way. Do you want to create new characters? Write existing ones? Webcomics? Graphic novels? Monthly floppy comics? All of the above? This is key to deciding how you approach your goal. Want to write your own stuff and own it? Cool. Find an artist friend and work on it. Wait, you want someone else to publish it and pay you an advance? OK, put a pitch together and shop it. You have this killer Madcap story you think Marvel should publish? Neat. Don’t write that 10-issue opus yet. Your first step - if work-for-hire is what you want to do - is to network with the right editors to figure out what they want you to write. “But Alex, I have this epic Madcap story!” Cool. Hold on to that. You’ll need it when you’ve turned in a few issues of what your future editor wants you to write and then asks “Do you have any ideas?” I’m being glib, but my point is this: if you know what kind of comics you want to write, you’ll be able to figure out how to get there. It’ll save you some time and sanity. 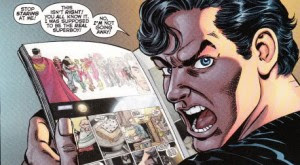 Professional > Fanboy. This one’s pretty self-explanatory. Don’t overwhelm your editor by rattling off the secret identities of every Teen Titan including Joker’s Daugher (erm, Pre-Crisis, of course). Write a good story. The geeking out moments will come in due time. The “Wow, this person is talented” has to come first.


In conclusion: what do I know? I’m just sharing a few top-of-mind tidbits from my own experience as an editor, publicist and writer. You may discover via your own trial and error that I’m full of it. Or, this may prove to be helpful. U-Decide!


More importantly, what comics are you reading lately?
Posted by Alex Segura at 3:00 AM

Great piece, Alex. Writing a comic is my Writer Bucket List. At this past Comicpalooza here in Houston, I enjoyed talking with all the writers/artist who are publishing comics under the radar of the Titans of the Comic World. Their hustle, drive, vision, and love of the medium sold me. It also helped broaden my view of the field beyond the Titans.

Another place I get inspiration for what I do now is Kevin Smith's Fat Man on Batman podcast. Every time he interviews someone, he dives deep into that person's 'origin story' to find out how they made it to the Batman. It's a spectacular series of interviews and what shines through most clearly is everyone's love of the medium. Without that love, they are merely carpetbaggers. Heck, yesterday I listened to the latest with Brad Meltzer while sitting at my day job. By the time the show was over, I couldn't wait to get back home and work on my latest project.

Love this post, Alex. You know how much I love Archie.

Thanks Scott and Holly! Glad it was informative. I really dig Fatman on Batman, too - Kevin asks great questions and his guests are always interesting.