The Story Behind the Story of A Killing at the Creek 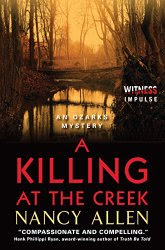 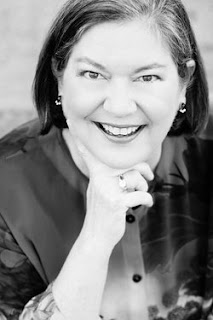 In A Killing at the Creek, my new Ozarks Mystery, prosecutor Elsie Arnold has been handed her first murder case, prosecuting Tanner Monroe, a 15-year-old boy, for murder in the first degree.

He has been certified to stand trial as an adult for cutting a woman's throat and dumping the body in Muddy Creek in the Ozarks hill country.

Why did I choose to accuse a child of tender years of such a horrific crime in my legal thriller? Why did I create a character as dark as Tanner Monroe? Well, it's not because I hate young people, honest to god. I have a teenage daughter; I'm on faculty at Missouri State University; I’ve taught thousands of young students in my law classes. I love teenagers! Crazy about them!

But in my career, I served as prosecutor in the Ozarks, and one of my cases involved a similar scenario. I tried and convicted a sixteen-year-old boy for the crime of first degree murder. That case served as the inspiration for A Killing at the Creek. I must stress: my book is a novel, it’s fiction; all characters are solely the product of my imagination; the defendant, plotline and story arc are not a repetition of that real life prosecution. But the case provided the seed for me to craft my story, and gave me the professional experience to write a courtroom novel that rings true.

In A Killing at the Creek, there are plenty of surprises; everything is not always as it seems. But that's also a reflection of our justice system. As an old trial salt with dozens of jury cases under my belt, I've seen plenty of twists and turns, things that would curl your hair. The bright side is: my experience provides inspiration and a wealth of raw material to weave into more adventures for my protagonist with feet of clay, the flawed yet loveable Elsie Arnold.

Hey--I like teenagers! Really, I do. I'm a faculty member at Missouri State University; I have a teenage daughter; I'm surrounded by teens. They're wonderful. But when a person of tender years is involved in, or accused of, a terrible crime, it raises fascinating questions. Did they actually do it? How could they be so cold-blooded at such a young age? Why would they do such a thing? Were they framed? Are they insane? These are some of the areas I was eager to delve into in A Killing at the Creek.

I knew my character Elsie was ready for a murder case, so I wanted to give her one. And in recent years, we hear so many reports of juveniles being certified to stand trial as adults for homicides. So I thought it was timely topic, and intriguing.

And yes--I have the background to write it. I tried murder cases in my years as a prosecutor, and one of those cases had a sixteen year old defendant. So I know the ropes. But, let me stress: my teen defendant in A Killing at the Creek is a fictional character! The book is a work of fiction, the trial and the scenes are a product of my imagination.

I was so young when I became a prosecutor: twenty-five years old. And I was handling major felonies, harrowing sex crimes, murder, crimes of violence. The drama of courtroom work, and the exposure to the victims' pain, kindle a desire to tell stories of criminal law from the prosecutor's perspective. In my years as a criminal trial lawyer, I knew I wanted to write about it; I even took a stab at it, but without success. I needed distance from the work, and the passage of time, to gain perspective.

When Nancy began her term as prosecutor, she was only the second woman in Southwest Missouri to serve in that capacity.  In her years in prosecution, she tried over thirty jury trials, including murder and sexual offenses.  During that time, she served on the Rape Crisis Board and the Child Protection Team of the Child Advocacy Council.  As Assistant Attorney General, she argued criminal appeals and worked for consumer protection for citizens of Missouri.

Nancy lives in Southwest Missouri with her husband and two children. She serves on the Board of Directors of The Victim Center, a non-profit organization that provides counseling to victims of violent and sexual crime.

Her first novel, The Code of the Hills, was released by HarperCollins in April of 2014. HarperCollins released her second novel, A Killing at the Creek, in February of 2015.
Posted by Kristi at 3:00 AM