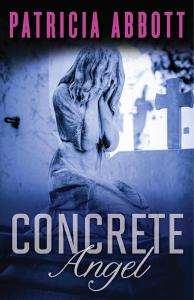 (I posted this on my own blog this past Wednesday, but I wanted to make sure regular Do Some Damage readers also had the chance to read it and head on over to your nearest bookstore and pick up a copy.)


I had to go back and look to see how long I’ve been acquainted with Patti Abbott. The date was September 2008 and it was via the Forgotten Books review club that she started. Being a newbie to the world of blogging back then, I felt privileged to be a part of something that had already been going strong.

In the years since, whether it was in the comments section of various blogs or direct emails, I got to know Patti: the kind of music and movies she likes to the books she reads. And, most importantly, the types of stories she writes. She was an outlier. As ebooks and electronic publications have risen, so, too, has a certain style of writing, particularly in crime and mystery fiction. Hard-edged tales full of violence and profanity seemed to be on the upswing. Nothing wrong with those kinds of tales, but, increasingly, I found myself drawn to something different. Often, those different kinds of stories were the ones Patti told.

Her tales involved the things associated with crime fiction, but with her language and style, all that stuff was muted. That’s not to say nonexistent, but subdued in such a way that let the gripping tale emerge without everything being all spelled out. A Patti Abbott short story could be hard-hitting but with a prose style that left things to the reader’s imagination. In short, an Abbott story was something to look forward to reading.

Now, with Concrete Angel, we get our first Patricia Abbott novel. If you thought her gifts as a writer of short fiction were good, you’re going to think you’ve hit the jackpot with a full novel’s worth of story. The novel begins with a murder (don’t all good ones?). The twist, however, is that Eve Moran, the shooter who happened to empty all the bullets into soda-pop salesman Jerry Santini, convinces her daughter, Christine, to take the blame. No one would question a young girl who was merely defending her mother’s honor from a would-be scurrilous man. Christine, the narrator of the story, appreciates the reasoning of her mother and confesses.

You might be wondering how a mother could convince her daughter to take the blame for a crime she, the daughter, did not commit. That is the true beauty of this novel. The large majority of this tale is basically Eve Moran’s story. With delicately nuanced descriptions, Christine tells her mother’s story, of how she likes things, things that typically don’t belong to her, but that Eve wants anyway. So she takes them. Over and over again. As the narration continues, Abbott unfolds Eve Moran like an onion, each layer revealing something new, each layer offering a new insight into Eve as well as Christine who can’t help but be swept up into Eve’s mindset.

Abbott uses a neat narrative trick along the way. When Christine’s in the scene, the words are straight first person POV. But when she’s telling Eve’s story, Abbott writes in pure third person. It’s all still Christine’s voice, so there’s that filter, but it sucks you in from the get-go. And the descriptions Abbott deploys deftly knock your socks off.

The definition of a page-turner typically involves lots of action, up-tempo pacing, and breathless wonder. You can’t wait to go to the next chapter—no matter that it’s past midnight on a work night—to see how the hero will get out of the new jam the author placed him in or if the killer will take out a certain supporting character. Concrete Angel is a different type of page-turner. With each chapter, Abbott draws you in and you just want to know more and more. You can’t help but keep reading.

Concrete Angel is a splendid novel and well worth your time. I thoroughly enjoyed it and highly recommend you add it to your summer reading list.

Amazon
Kobo
Nook
Posted by Scott D. Parker at 1:00 AM

Very interesting review. I am looking forward to reading the book soon.