It must be book week on Do Some Damage because I logged in to find that a few of my esteemed colleagues have also used their post time to recommend books. You can find those posts here and here.

I'm not the fastest reader, so I don't tend to recommend that many books here (although I aspire to). But since we've got a three-day weekend coming up, many of us might have some reading time on our hands (and if you don't, for God's sake, make some).

My Number One Recommendation and So Far the Best Book I've Read This Year: 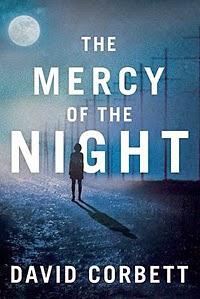 Phelan Tierney helps people who hope to start their lives over. When Jacquelina Garza, a young woman he’s taken under his wing, disappears, the former lawyer devotes himself to finding her—despite her secretive and puzzlingly unhelpful family.

Jacqi has been to hell and back. Abducted by a child predator when she was eight years old, she still, years later, bears the scars of the incident and its very public aftermath. Her life takes an even steeper downward spiral when she witnesses the murder of a man it seems everyone wanted dead. But no one, not even the police, wants to hear her version of what actually happened.

Can these two wayward souls find redemption amid the convenient lies and difficult truths that have followed them for so long?

This novel just has so many layers. Corbett is truly a master of character development, and though I hate to do that writerly thing of analyzing how other writers write, I can't help it with this book. I just keep thinking, "how does he do it?"

Then I throw myself on the ground and flail about, lamenting the very real possibility that I might never achieve such skill in my own writing.

So yeah, read this one.

As a cop on the night shift in Hopewell Falls, New York, June Lyons drives drunks home and picks up the donuts. A former FBI agent, she ditched the Bureau when her husband died, and now she and her young daughter are back in upstate New York, living with her father, the town’s retired chief of police.

When June discovers a young woman’s body impaled on an ice shear in the frozen Mohawk River, news of the murder spreads fast; the dead girl was the daughter of a powerful local Congresswoman, and her troubled youth kept the gossips busy.

Though June was born and raised in Hopewell Falls, the local police see her as an interloper—resentment that explodes in anger when the FBI arrive and deputize her to work on the murder investigation. But June may not find allies among the Feds. The agent heading the case is someone from her past—someone she isn’t sure she can trust.

As June digs deeper, an already fraught case turns red-hot when it leads to a notorious biker gang and a meth lab hidden in plain sight—and an unmistakable sign that the river murder won’t be the last.
Like THE MERCY OF THE NIGHT, character development is this book's strength. June Lyons, Cooley's protagonist, is a well-drawn, multi-dimensional character, especially as she deals with the lingering grief of her husband's death from cancer.

With Cooley's second book in the series, FLAME OUT, released just this week, I know what I'll be reading this weekend.

Yes, that's right, I've only read two books in the last month. Well actually, I read three, but the last one I don't feel like recommending. If you're curious, it was DEAD WAKE by Erik Larson. I generally love Larson's books and I liked this one, but I can't really gush about it. It's not that sort of book. I did feel like I learned something, considering I knew literally nothing about the sinking of the RMS Lusitania except for it's name (seriously--I didn't even know it had sunk, which is shameful, but there you have it).

Have a great weekend, folks!

Thanks for the recommendations, these sound great. I'm going to check them both out.