Last week, I got to sit down with fellow Polis Books author and friend Rob Hart to talk about his writing, his debut novel New Yorked and more – but why stop there? Rob was kind enough to take on two rounds of questions and I think it made for a more thoughtful, engaging chat. You decide. Here’s the rest of my conversation with Rob. Read it and then pre-order New Yorked. It's one of my favorite debuts in recent memory. Get it. You will not regret it. 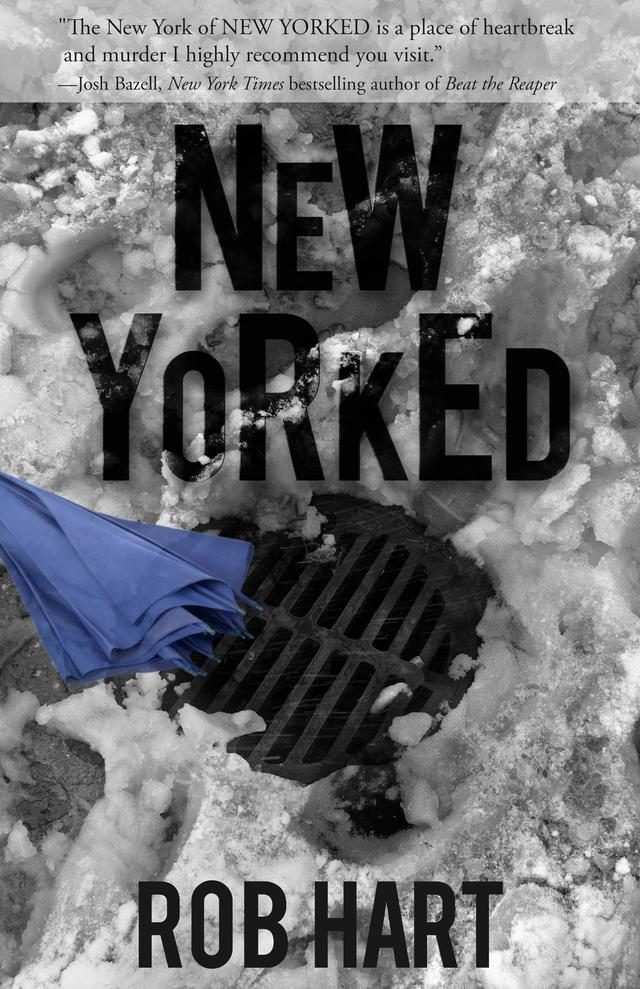 OK, Rob - last week we talked about you, your journey and what influenced your first novel, New Yorked. But I want to zoom out a bit and look ahead. But before we do that, can you give us a bit more on Ash and his story - from a publishing perspective and as a character? How long will the Ash series of novels run?
It’s five books, to my mind. The second, City of Rose, is already in, and scheduled to come out in early 2016. The third is tentatively titled South Village. I’m pretty deep into research mode on that. Which means learning about: cam girls, political philosophies of Karl Marx and Mikhail Bakunin, how to procure and transport liquid nitrogen, what the topography is like around Jekyll Island, the process of fracking, the history of the Earth Liberation Front, and how to get a library card in Georgia. Research mode is fun.
Each book is about Ash growing up, but it’s also playing at different genres within the crime and mystery umbrella. New Yorked is hard-boiled. City of Rose is sort of like a Western. South Village, in my head, is like a war novel, but set on a hippie commune. The fourth will be a spy thriller. And the final entry… I’ll keep that one to myself (in part because I haven’t totally figured it out).
I like the idea of having an end point. I know what the final chapter of the fifth book is. I know what I want to accomplish. Fingers crossed I can pull it off.
What was THE book for you? And by that, I mean, what was the book that made you realize this is what you wanted to do with your life. For me, it was George Pelecanos's A Firing Offense.
I’ve got two. Fahrenheit 451 by Ray Bradbury. That was the first book that knocked me on my ass, and showed me what books were capable of. And Survivor by Chuck Palahniuk made me want to be a writer.
Great choices. Now, as you know, we live in a world that's always on - the constant stream of media, social or otherwise, can be overwhelming. But it's also pretty cool that we're able to get so much so easily. What are you taking in now? Books, movies, TV - plug away.
I’m working on getting through Daredevil on Netflix, which I am enjoying, though it’s a tad slow. I’m hoping that by the time this interview runs I’ll have finished reading Hit by Delilah S. Dawson, The Mercy of The Night by David Corbett, and maybe even The Last Illusion by Porochista Khakpour. That might be wishful thinking, but those are the three books that have priority right now. Also, Orphan Black. Holy shit Orphan Black is so under watched and so, so good. 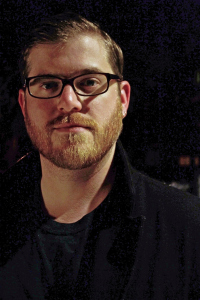 I think it's fair to say you've experienced a lot of publishing ups and downs in a short amount of time. What's the best bit of advice you could give to an up and coming writer?
Be patient.
Patience is so important, because so much of this game is just sitting around and waiting. There’s a deal my agent cut recently that took a while to go through and I started freaking out--because as much as I say it, I still haven’t totally learned that lesson. But that’s just the way the industry moves. Slow as molasses.
If you can’t be patient and channel that nervous energy into something positive, this job will tear you apart.
You're also a prolific short story writer, and for whatever reason, I feel like that market is not fully appreciated by new writers - a lot of people seem to think you need to dive in with a novel first. Can you talk a bit about how writing shorts helps your bigger pieces and the market itself?
Shorts are important on a couple of levels. Since they’re smaller and easier to see the breadth of, you can experiment, try new things, feel out your voice. Sometimes I’ll test an idea with a short, with the sense I might use it in a longer work later on. Sometimes I’ve just got a goofy idea, and it’s like playing with a new toy.
They’re also a great shot in the arm. When you’re down in the dumps and a short gets accepted, it’s a rush, and it can give you that extra little push you need to move forward.
One of the highlights of my short writing life thus far is when a complete stranger pulled me aside at Bouchercon and complimented me on a story I had in Thuglit. Doesn’t get much better than that.
Like most writers, you have a day job and you have a home life - how do you find yourself able to balance it all?
I have two day jobs, technically—MysteriousPress.com is my office job, while LitReactor is nearly worthy of full time, and that I fit in whenever I can.
Time management is important. So is a little bit of sacrifice when it comes to leisure activities. I got two video games for Christmas I haven’t even opened yet. I’ve had people practically beg me to watch The Flash. I need mountain climbing equipment to reach the top of my to-be-read pile. It’d be nice to do those things, but it’s not always easy to make the commitment.
When my wife and I are sitting around and watching TV, I’ll generally keep my laptop handy so I can knock out busywork while I’m otherwise distracted. And sometimes when the baby falls asleep, I’ll sit at my computer and work furiously until she wakes up.
My wife is incredible. She’s very understanding and supportive. If I need to sit in my office for a few hours or skip out on a social function and knock out some work, she’s cool with that. Within reason, of course. And there are plenty of times I could be working but I’d rather to put the laptop aside and sit on the floor with the baby and make faces at her.
All work and no play, et cetera, et cetera.
Give me a few writers you think are deserving of more attention and why.
Tom Spanbauer. It’s criminal he’s not more widely read.
Todd Robinson, who has one of the most unique voices in crime fiction. I got a sneak peek of his next Boo and Junior novel recently and it’s so fucking good.
Charles Williams, who was a great noir writer from the 50s—sort of like Jim Thompson, if Jim Thompson was slightly less fatalistic and also really liked boats.
I could do this forever, but I’ll stick with those three for now.
Any parting words about New Yorked, or anything you'd like to share with the DSD crowd?
Thanks for having me! I’m a fan of DSD, so it’s a nice thing, being here. Also, please buy ten copies of my book.
Kidding.
(Not really though.)