Noir at the Bar St. Paul

This week I had the honor of participating in my second Noir at the Bar.

I read the first chapter of Blessed Are Those Who Weep (out April 7), the third book in my Gabriella Giovanni series. It's not a cheerful passage.

My mother-in-law made that clear during my reading at Bent Brewstillery in St. Paul. As I read I could hear her gasping and exclaiming about the story.

After I read, a friend put this on Facebook: "You were wonderful. Who knew such a gruesome story resides in such a sweet person."

This was the fourth Noir at the Bar held in the Twin Cities and although my passage might have been a bit disturbing, at least nobody walked out. (That I noticed.)

During the third Noir, a few people walked out on Jed Ayres reading, so he is the current King of Disturbing for the local Noir at the Bar scene. A badge of honor, I'm sure. P.S. It is a tradition to flip Jed off at Noir at the Bar, which is why you see everyone (except me) doing it in the photo below. I simply made a goofy face.

When I was asked to read at the third Noir at the Bar last year, I practiced reading my passages every single day for a month. I made sure to read under different circumstances to be prepared for anything that could disrupt my ability to read.

For instance, one day I had a migraine, so I practiced reading with a migraine.

One night I had a bit too much to drink, so same deal - stood in front of my mother who was visiting from California and read to her.

Because reading in public is not always something that comes easy to writers.

In fact, at my brother-in-law's wedding 11 years ago I nearly fainted when I had to go up on the altar and read a Bible passage.

Boy has a lot changed.

I'd like to say I took a Toastmaster class (which I've definitely considered) and that helped me become comfortable reading in public, but the reality is my confidence in doing something like this has come with age.

That is the most awesome part about your 40s—you don't give a shit anymore. I don't.

There are so many little things in life I no longer worry about and the most freeing one is not caring what people think about me. I mean, of course I care some, but for the most part I think maturity has made me realize that everyone else is so worried about their own shit, they don't have time to think much about yours.

And oddly enough, I've found that something that used to paralyze me with fear—reading in public—is now something I love.

Have you ever faced something that scared the dickens out of you and then found you loved at it and were good at it?

Here are a few snapshots of the night! 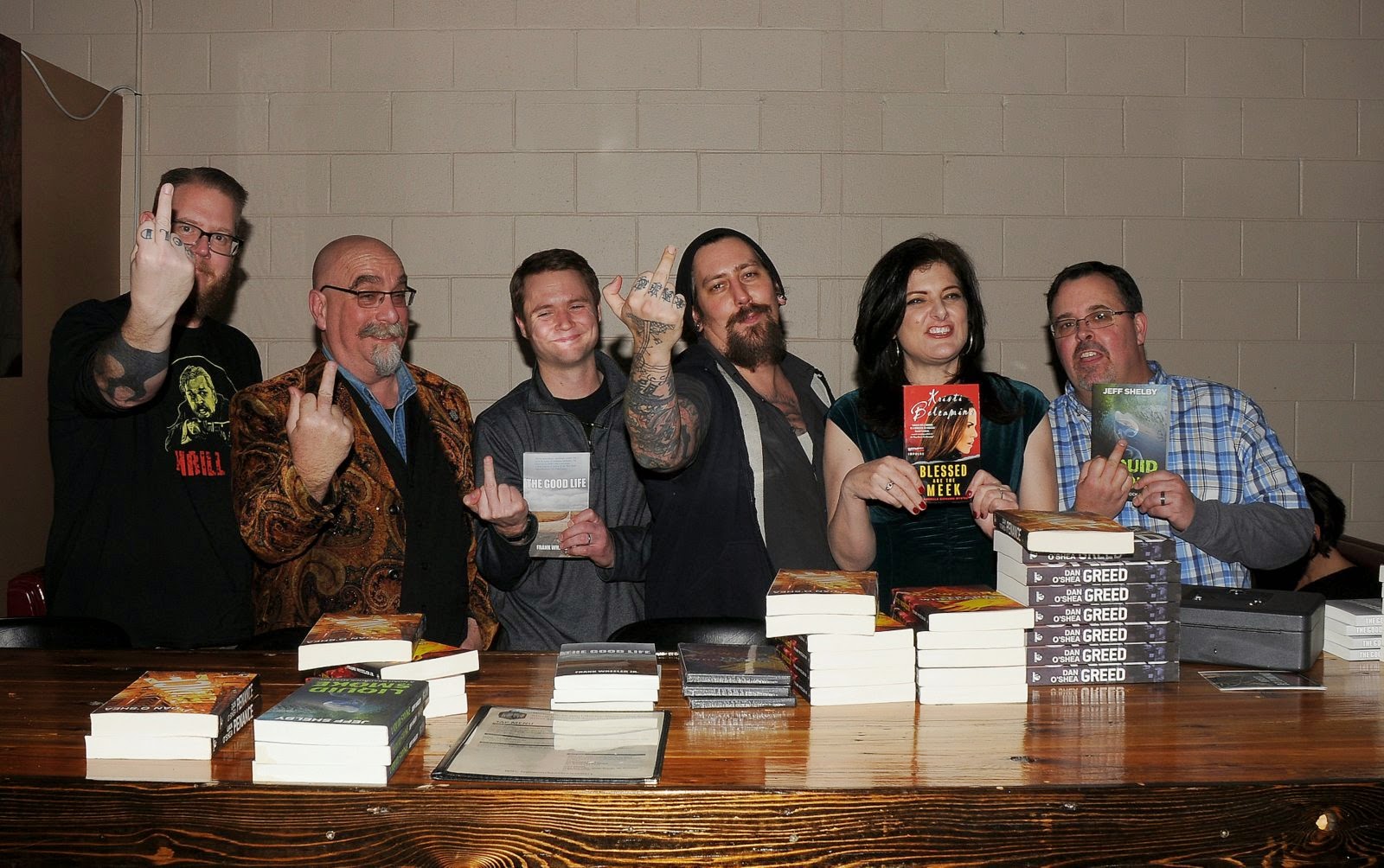 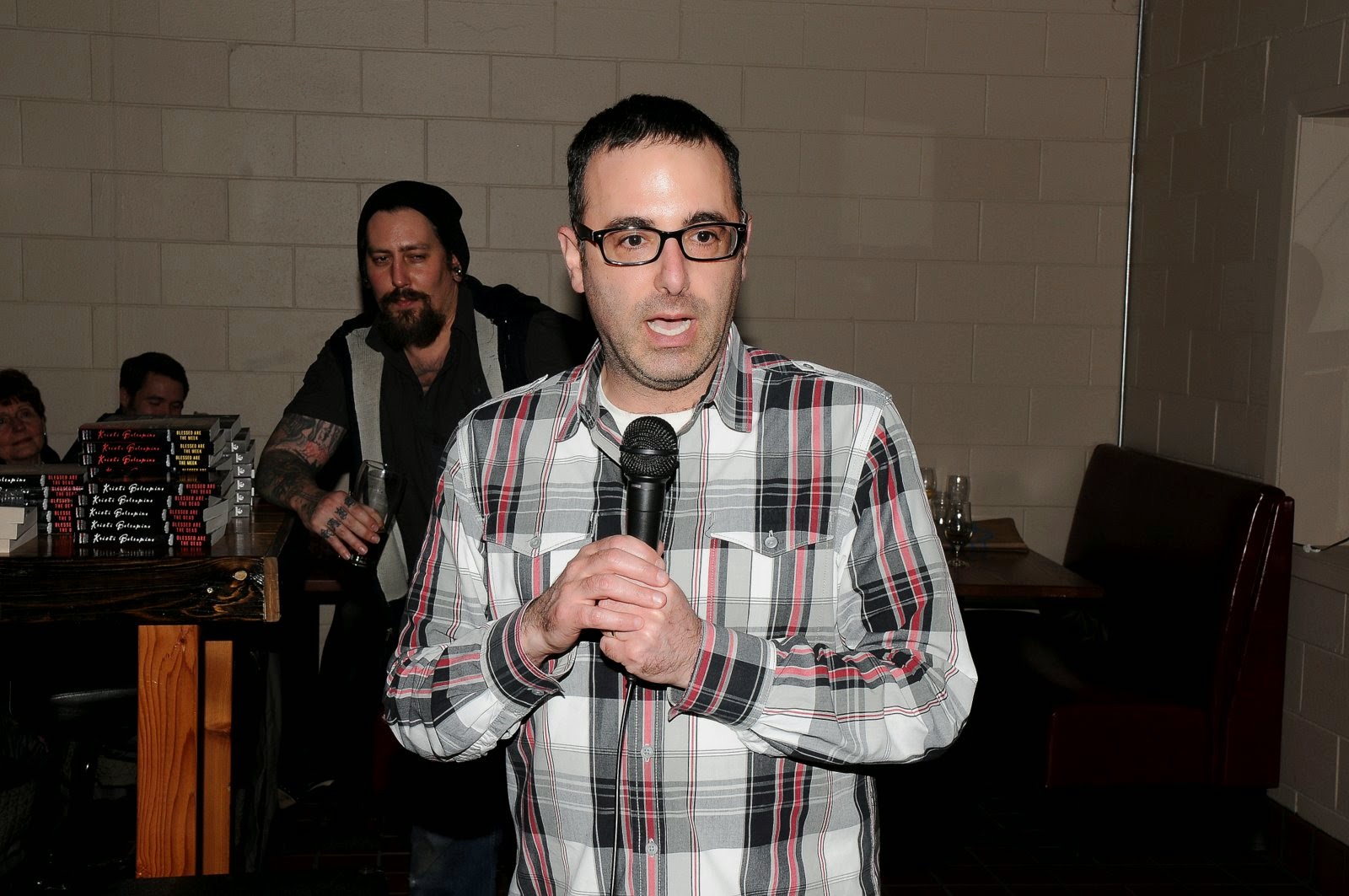 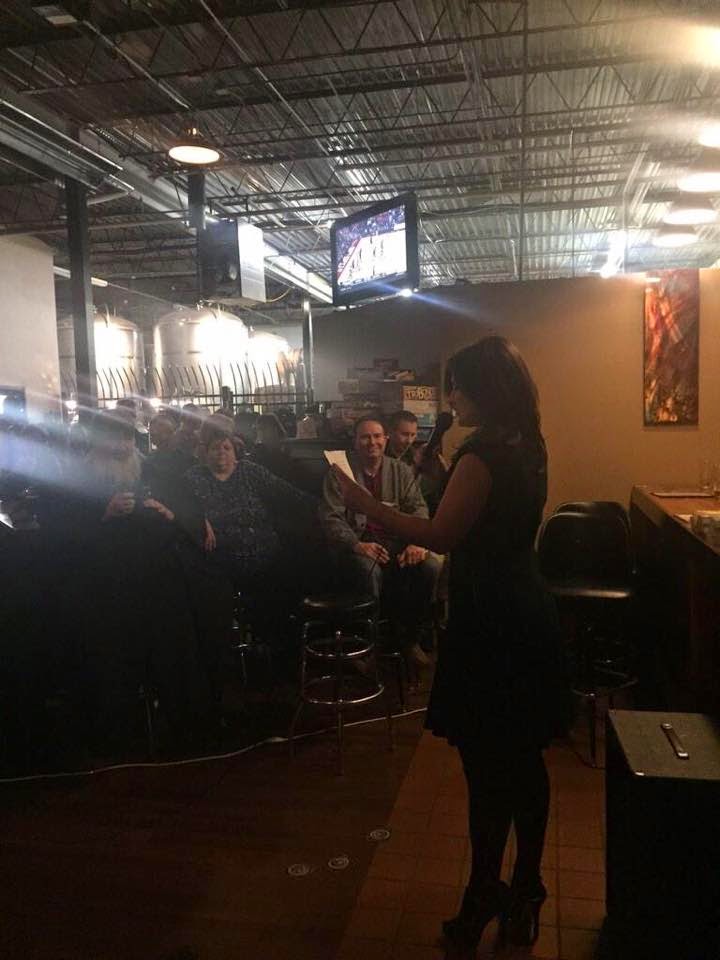 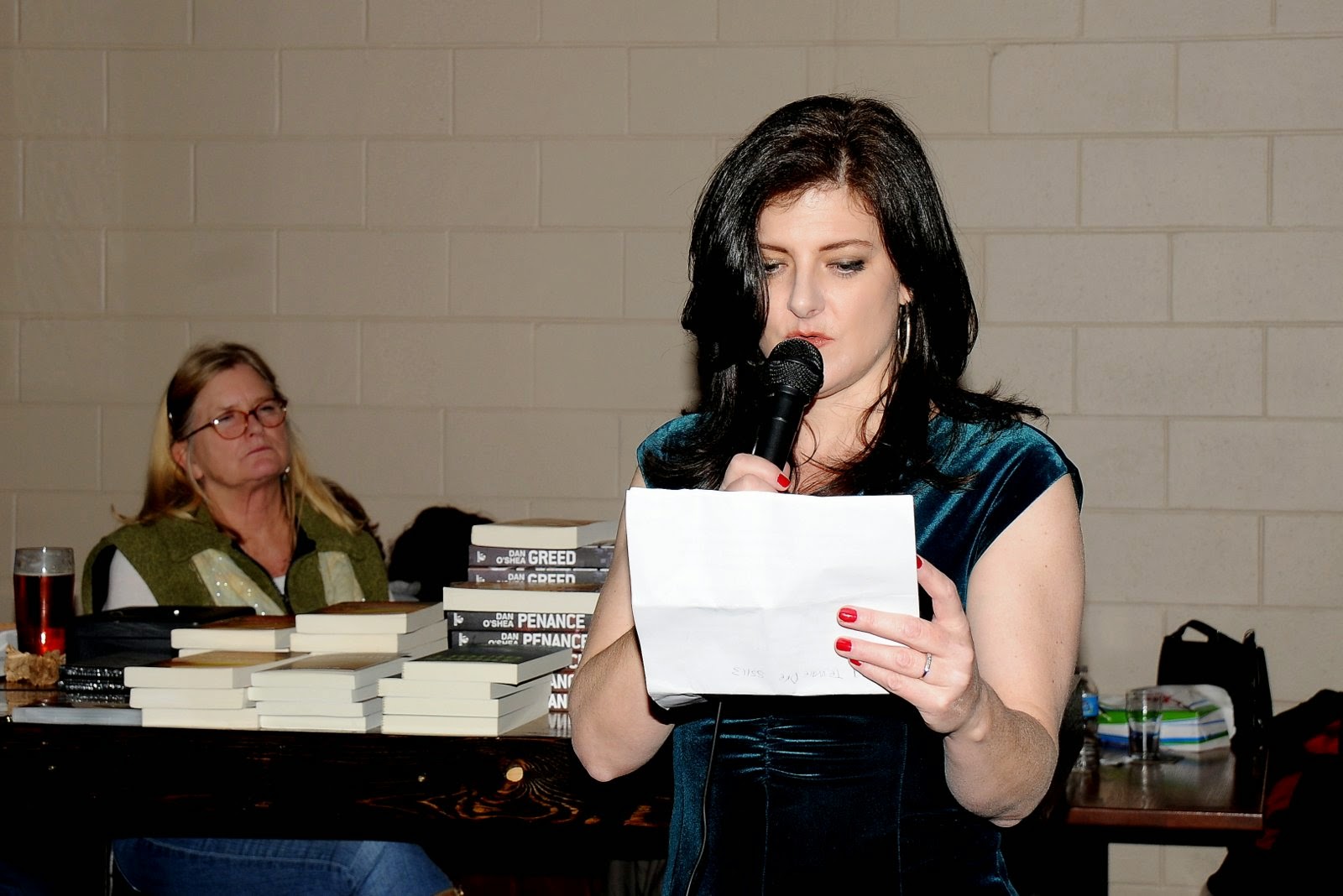 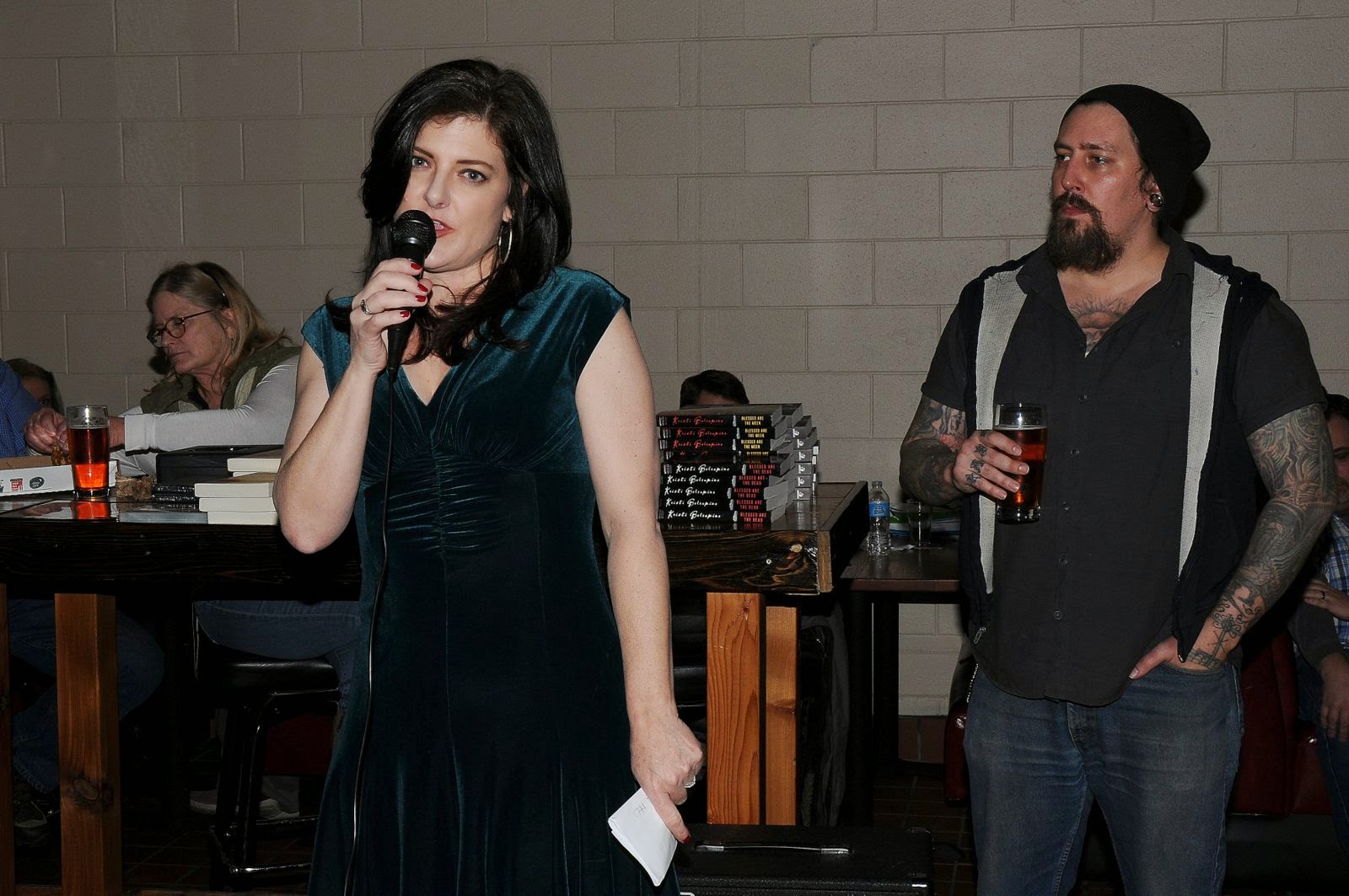 Shelby reading from LIQUID SMOKE, a book I LOVE! 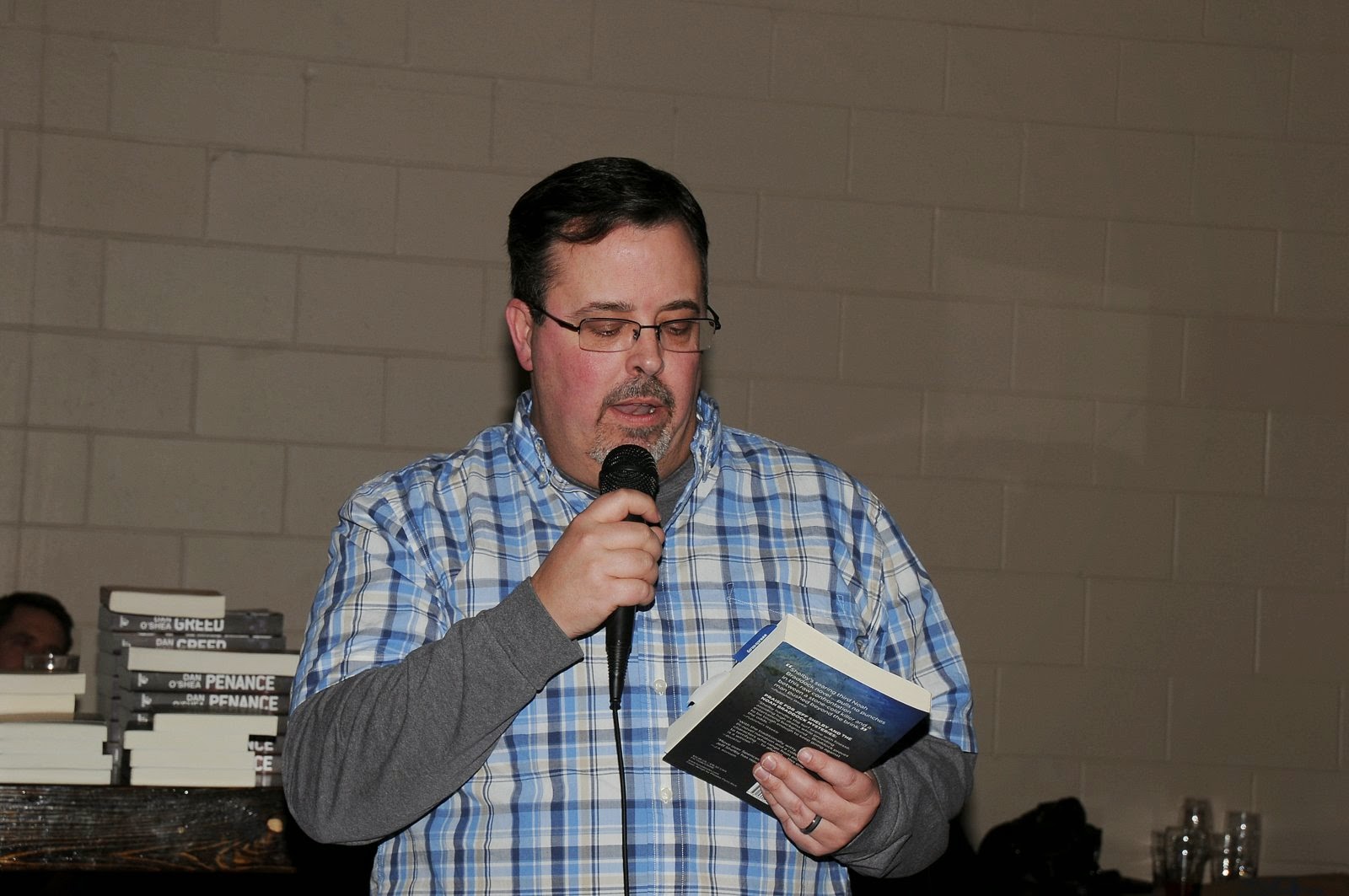 To your question ( Have you ever faced something that scared the dickens out of you and then found you loved at it and were good at it?), I have a surprising answer: acting. On a whim, I tried out for a church play. Still not sure why. As Opening Day approached, I was scared but excited. Turned out I loved it and, speaking modestly here, was good at it. I was good at it in a way that came naturally to me. That was the most surprising thing. I play alto sax and write, but I have to work at those things. Once I learned the lines, I was just in the groove. Did two more plays at church, one of which was playing Jesus on Good Friday in which my monologue was the sermon. That one scared me more, to be honest, but it ended up okay. So, acting. Who knew?

That's a great story. I think that is what the lesson learned was for me - I was terrified at doing it and then realized I was actually pretty good at it. Who knew?

Selling. I still don't like it, but I learned that I can do it.