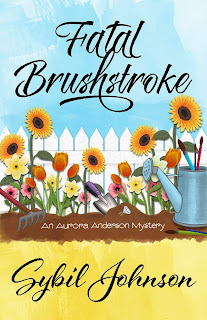 A writer’s life can be a bit of a roller coaster ride. One day the writing’s flowing and hope fills your heart. The next day you receive a story rejection and that hope is dashed. The ups and downs can be a bit gut-wrenching. So much so, you wonder why you thought you could be a writer in the first place and consider giving up. Believe me, I’ve been there. I’ve even stopped writing for months at a time because I was so discouraged, but something always made me pick it up again.

My own writing journey has been fraught with rejections. It’s the nature of the beast, I know, but it’s still hard to take. One thing that’s kept me going is the small successes along the way. I’ve written half a dozen short stories, all of which eventually were published in various mystery e-zines. Most of them were rejected multiple times as being not right for an anthology or not right for this magazine or that magazine. Most took one to two years before they were published.

After each rejection, I’d reread the story, trying to figure out why it wasn’t accepted. Most of the time, I’d send it to the next market on my list without making any changes. Occasionally, I’d realize the story wasn’t quite right, I’d sent it out too soon, and I’d rework the ending. In those cases, I was always much happier with the story and the new version was eventually published. The most important thing I learned from that was don’t send stories out for consideration until you believe they’re ready.

Fatal Brushstroke, my first published novel, was also many years in the making. Even though I’ve been an avid mystery reader for a long time, starting off with Encyclopedia Brown in grade school and graduating to Agatha Christie in junior high, I knew little about writing one. So I read every book on the subject I could get my hands on and took a couple online courses specifically geared toward writing mysteries. I studied plotting, characters, setting and description. I analyzed novels I enjoyed reading, trying to figure out what made them tick. I finished draft after draft, figuring out what worked and what didn’t. I’ve heard the following advice over and over again: don’t rewrite the same book, move on to something else. But, I felt the basic story was a good one, so I reworked my characters, changing subplots and scenes.

I have no idea how many drafts I finished over the years. I just kept on plugging away, occasionally putting it aside for months. Eventually, ten or fifteen years had passed. I’d seen a number of my friends sell first novels and others write five or six in the time it took me to write one. I felt very discouraged. Then the magic happened. A publisher read my novel and offered me a book deal. I was (and am still) ecstatic. I was finally going to have my novel published!

All of this taught me one thing: Persistence pays off. No matter how many rejections you receive, how discouraged you get, if you truly want to be a writer, keep on going. Eventually, if you’ve done your homework and worked to improve your writing, someone will publish something you’ve written. 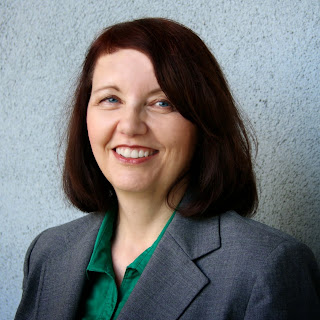 Sybil Johnson’s love affair with reading began in kindergarten with “The Three Little Pigs.” Visits to the library introduced her to Encyclopedia Brown, Mrs. Piggle-Wiggle and a host of other characters. Fast forward to college where she continued reading while studying Computer Science. After a rewarding career in the computer industry, Sybil decided to try her hand at writing mysteries. Her short fiction has appeared in Mysterical-E and Spinetingler Magazine, among others. Originally from the Pacific Northwest, she now lives in Southern California where she enjoys tole painting, studying ancient languages and spending time with friends and family.

I'm like you, Sybil -- I worked on the same manuscript for 15 years. In my case, however, I wasn't part of the mystery community, so I didn't have to watch others get published before me. I'm so proud of you and thrilled to watch you reaching this milestone!