All Of The News. All Of It.

So there's quite a lot for me to update you guys on.

Firstly, since we last spoke I signed a new book deal. Ways To Die In Glasgow will be out next year -probably around May or June- from Thomas & Mercer. This deal sees me moving to work with the UK team after three books with the Seattle folks, so I'm looking forward to seeing where this goes.

The book itself is my first set in Glasgow. It took me a long time before I felt like I could, or should, set a book here. The city has it's own distinct attitude and voice, and a whole load of political and cultural tics that people on the outside don't really understand.

It's not only the setting that's different. The book is a departure from the tone and structure of the Miller Trilogy. It's a (very) dark comedy, with lots of violence and more than a little arson. It was exactly the book I needed to write after spending three novels in Eoin Miller's head.

This is how super agent, who is better than me at the whole "describing" thing, pitches the book;

..a dark but farcical crime novel featuring a reluctant female P.I., her gay brother, a gangland legend writing his memoirs, an ex-con with an anger management problem, his overly sympathetic psychologist, and a less-than-perfect cop.


We start the production phase of the book next month, with the copy edits and then the cover treatments, so I'll bring you more news when I have it.

Next month also sees me attend Bouchercon for the first time, and there are another couple of firsts that come with that.

On the Thursday I'll be taking part in my very first Noir At The Bar, in Regency C from 5:30-6:30. There's a book giveaway, and some of my favourite authors will be showing me up by giving much better readings than me. 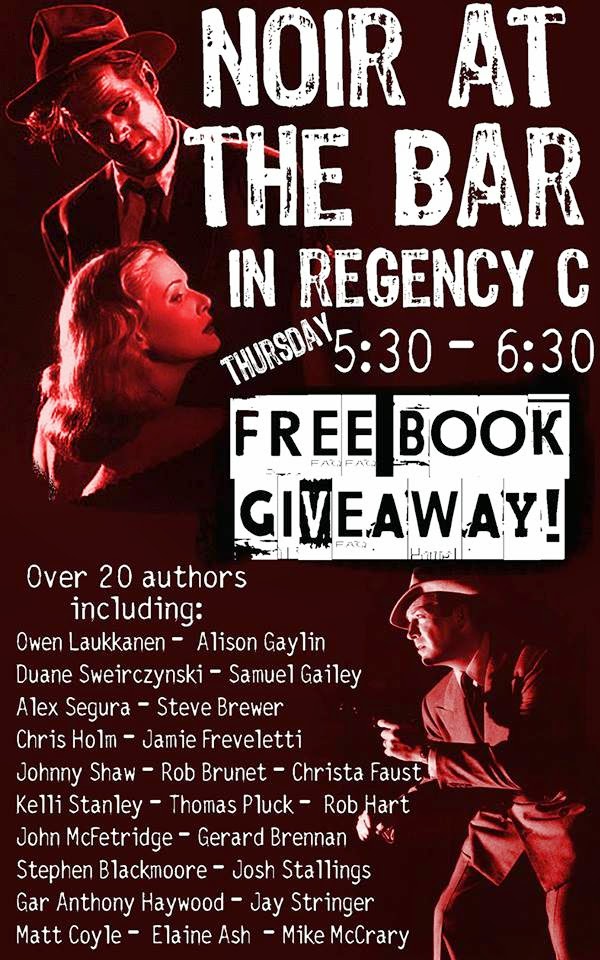 Then on Sunday morning, bleary eyed but full of opinions, I'll be doing my first ever panel.  Short And Sweet, a discussion of why we like writing and reading short fiction, in Regency D from 10 AM. Moderated by Clare Toohey, the panel is also made up of John Shepphird, Michael Stanley, Steve Steinbock and Brian Thornton.

Come. Buy me drinks. Give me praise. Throw chairs at me.
Posted by Jay Stringer at 6:58 AM

Congrats on the book deal, Jay. Looking forward to meeting you in person at B'con.

I'll be there, likely at all of the above.

Woohoo on all that