If you don't know, the new McNee book will be out in the UK a little quicker than some of the others have been. This, the fifth and possibly final* book about the dour Dundonian detective has been in many ways one of the most challenging to write, tasked as it is with tying up several loose ends and that massive change that happened at the end of Mothers of the Disappeared.

But here's the cover: 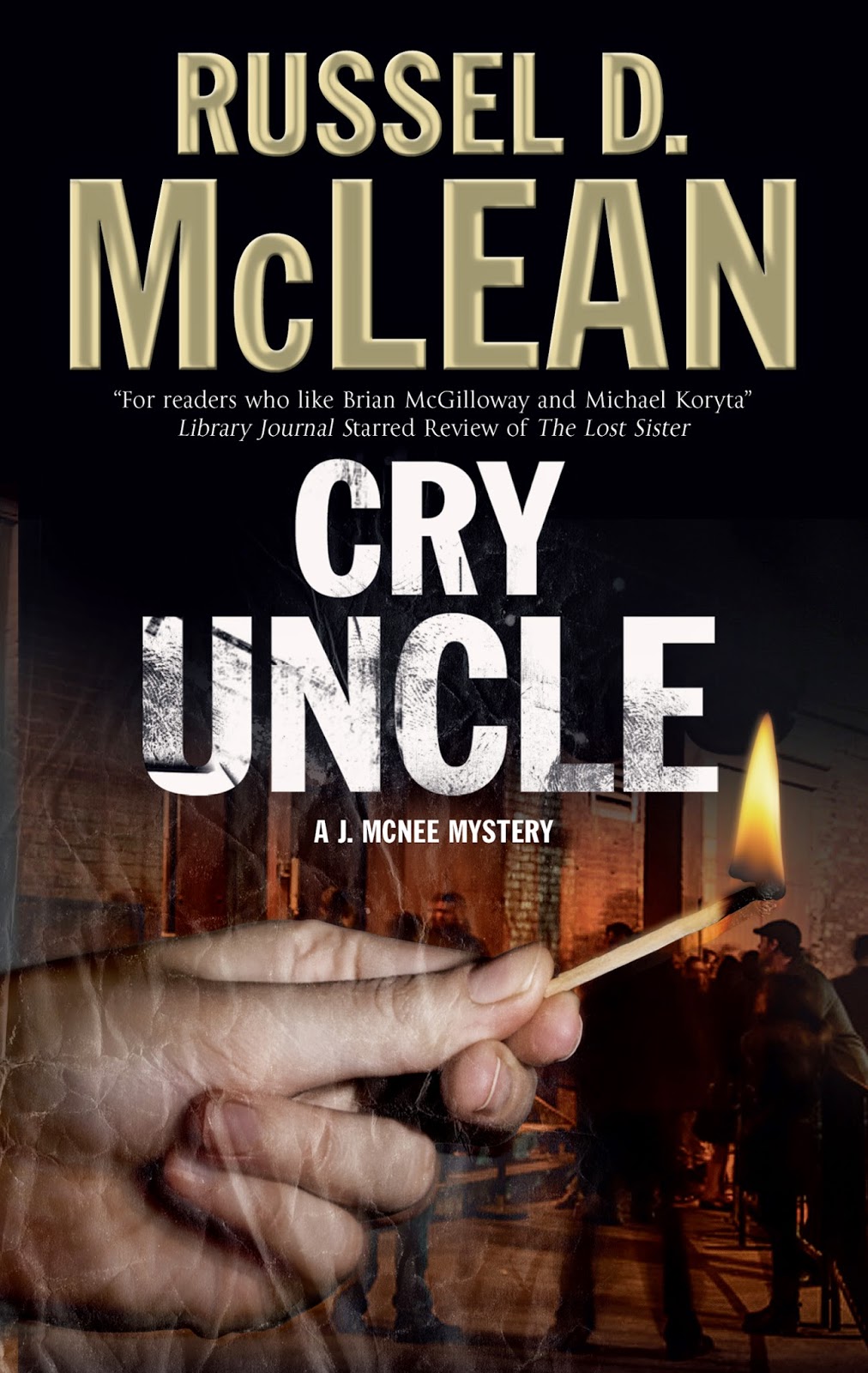 The thing is, a good cover is essential to a book. Whether its an ebook, a big pub book, a small pub book, whatever, a cover is absolutely vital. Just slapping images about with no context isn't good enough. Just using a font you think is "cool" isn't enough. You need to have thought through your design.

There's the match. The match is important. And the club scene behind. Both work in the context of the story (which you'll learn later) and together, the designer has actually given the readers a little hint about what might be to come. The composition is nice and threatening, too. It gives the atmosphere of the book.

Then there's the text. Positioned nicely. Author's name nice and clear. And the title. The title looks great. What's really nice - - and this is something I didn't notice for a while - - is that the text isn't just distressed, but  that the distress comes from someone's mucky fingerprints. Its a nice detail and works in context of the book's genre.

*I always said there would be five books and this wraps up a lot of McNee's story - - but will it be the end completely? Oh you'll just have to wait and see...
Posted by Russel at 1:30 AM