Lost in much of the Amazon vs. Hachette discussion has been the number of good books and cool authors publishing under the Hachette name.

If you're looking for some good reads, check out these Hachette titles -- past, present, and future.

Feel free to add your own favorite Hachette authors and books in the comments.

Also, shopping indie is a swell idea, while you're at it. My favorites are Fountain Bookstore in Richmond, Mysterious Bookshop in NYC, and One More Page in Arlington. You can find your locals at Indiebound.org or order from one of my favorites. 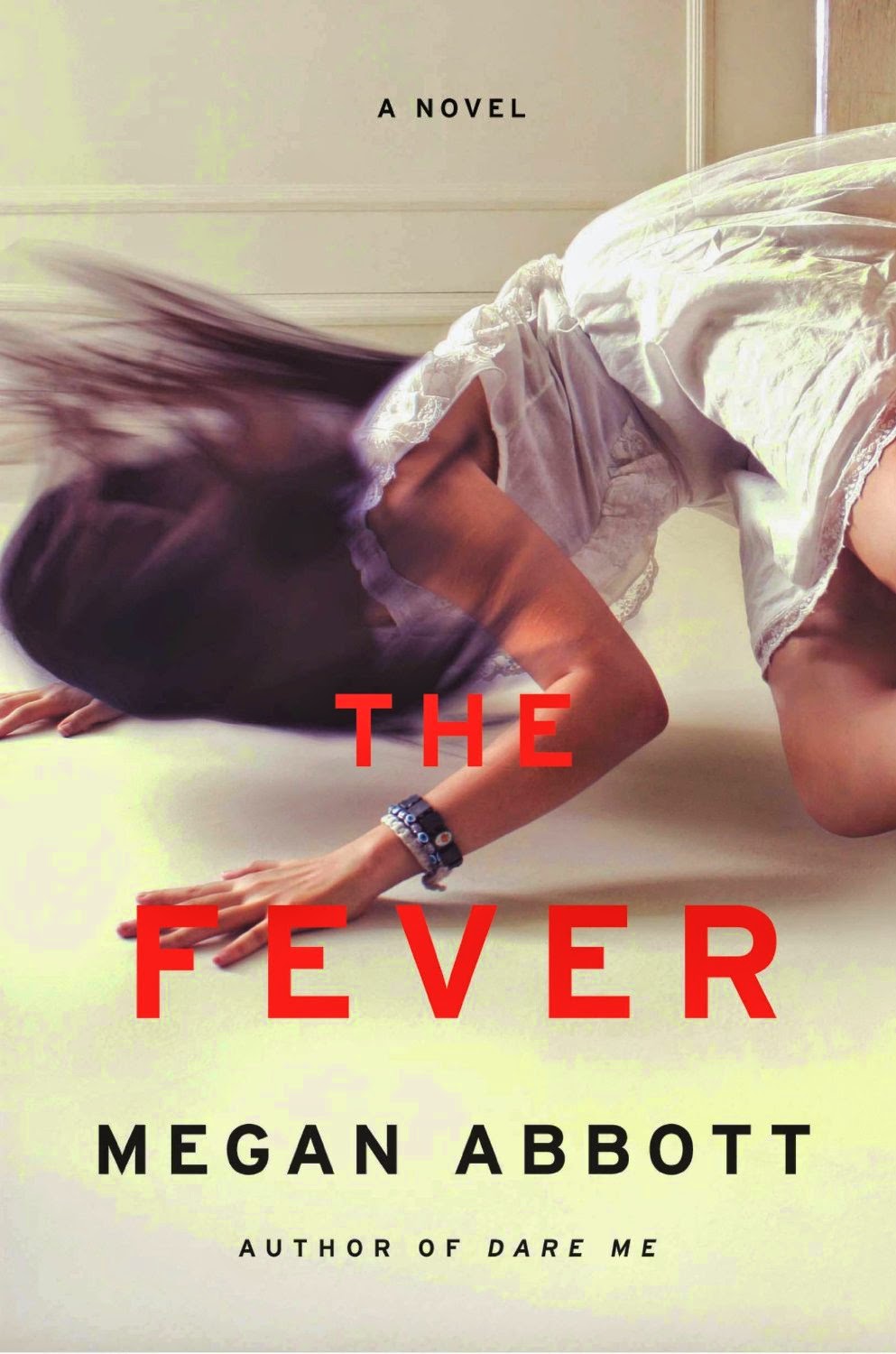 The Fever by Megan Abbott

The Nash family is close-knit. Tom is a popular teacher, father of two teens: Eli, a hockey star and girl magnet, and his sister Deenie, a diligent student. Their seeming stability, however, is thrown into chaos when Deenie's best friend is struck by a terrifying, unexplained seizure in class. Rumors of a hazardous outbreak spread through the family, school and community.

As hysteria and contagion swell, a series of tightly held secrets emerges, threatening to unravel friendships, families and the town's fragile idea of security.

A chilling story about guilt, family secrets and the lethal power of desire,The Fever affirms Megan Abbot's reputation as "one of the most exciting and original voices of her generation" (Laura Lippman). 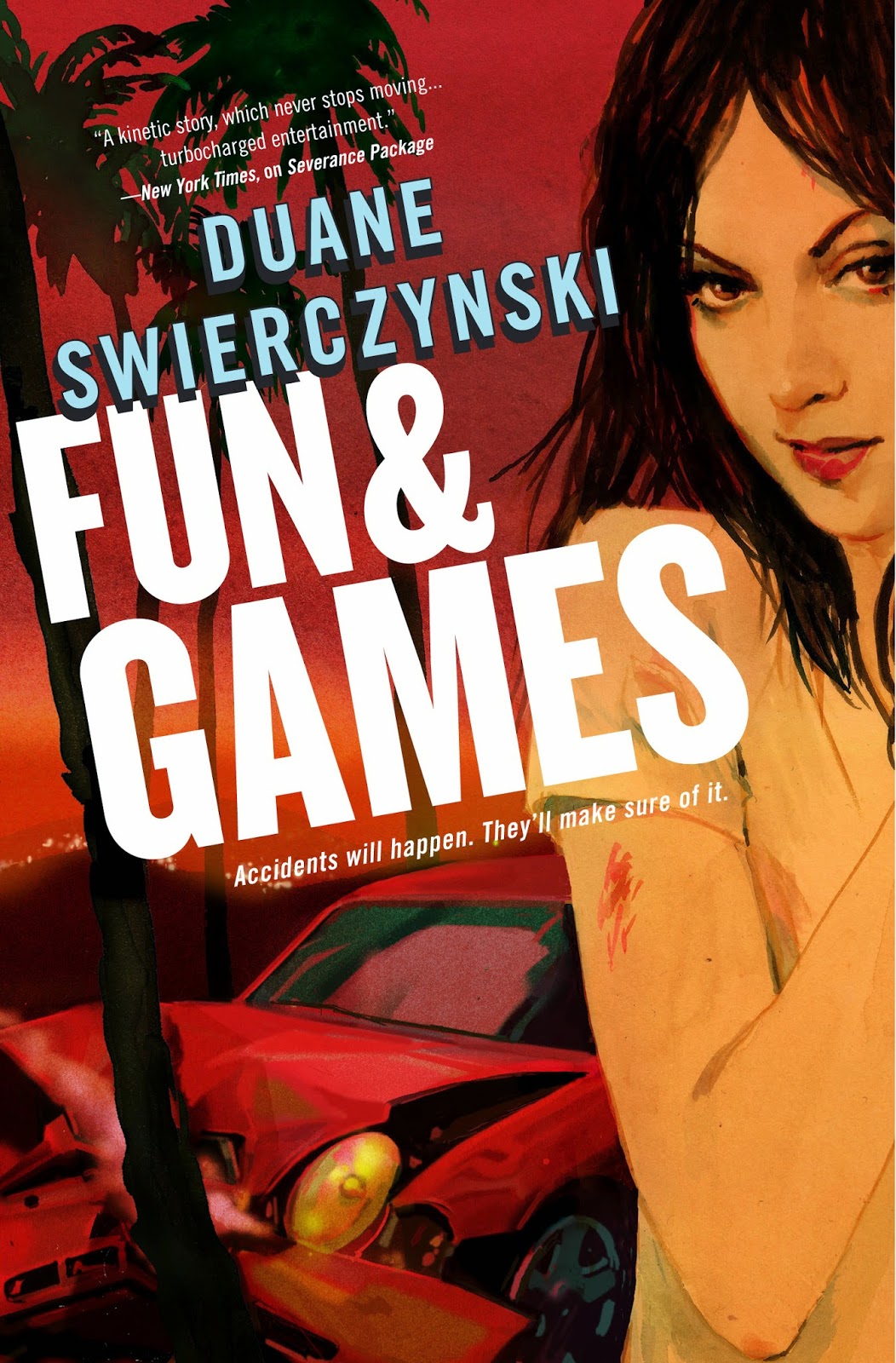 
We picked this one for our DoSomeDamage Book Group a while back.

Charlie Hardie, an ex-cop still reeling from the revenge killing of his former partner's entire family, fears one thing above all else: that he'll suffer the same fate.

Languishing in self-imposed exile, Hardie has become a glorified house sitter. His latest gig comes replete with an illegally squatting B-movie actress who rants about hit men who specialize in making deaths look like accidents. Unfortunately, it's the real deal. Hardie finds himself squared off against a small army of the most lethal men in the world: The Accident People.

It's nothing personal-the girl just happens to be the next name on their list. For Hardie, though, it's intensely personal. He's not about to let more innocent people die. Not on his watch. 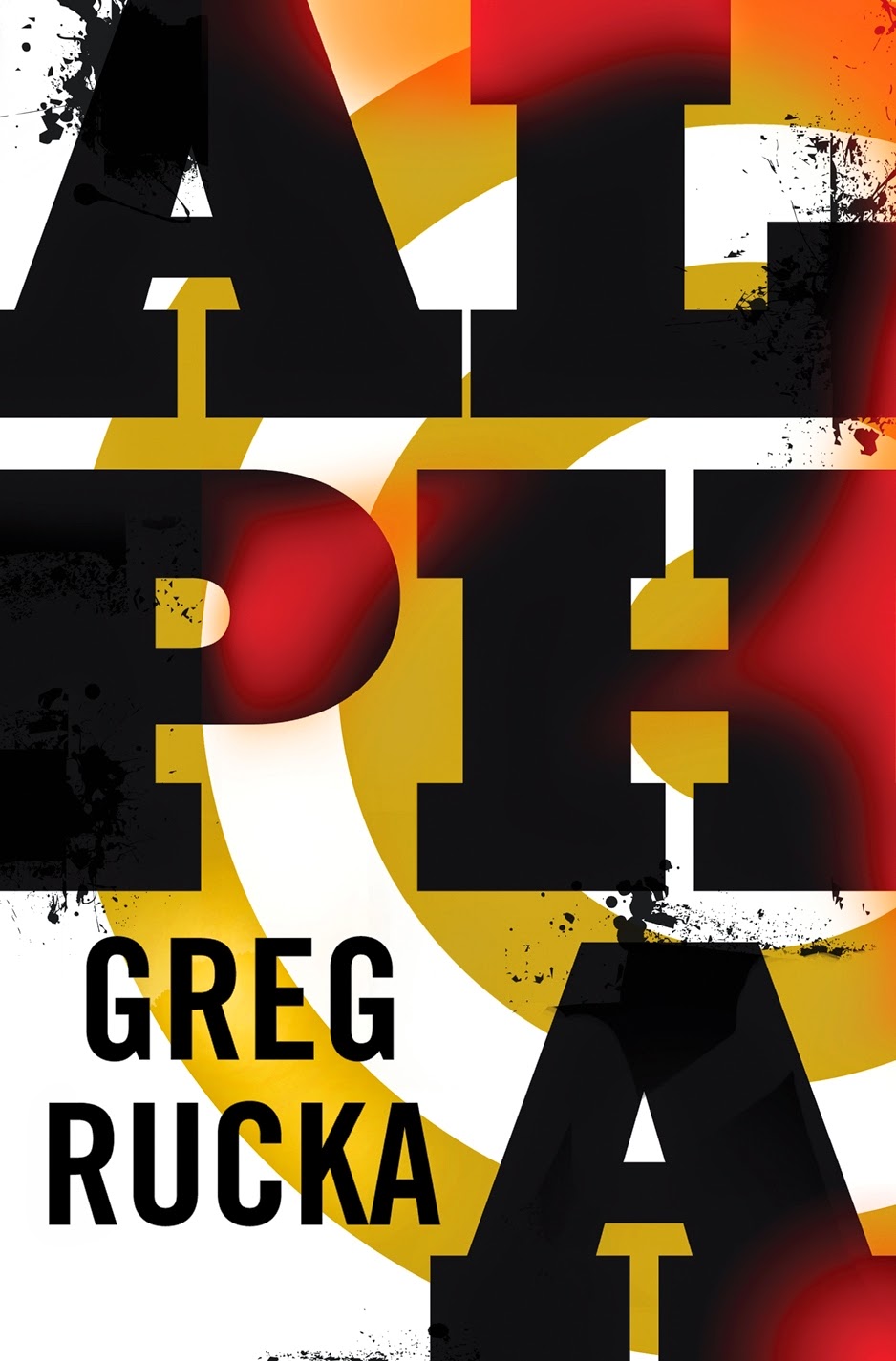 For the visitors to Wilsonville, the largest theme park in the world, the day began with a smile. By the end, they wonder-will they be able to escape with their lives?

Trained since the age of seventeen to save innocent victims from impossible hostage situations, Jad scrambles to assess the threat and protect the visitors. He will come face to face with a villain whose training matches his in every way-and presents a threat Jad may not be able to stop. 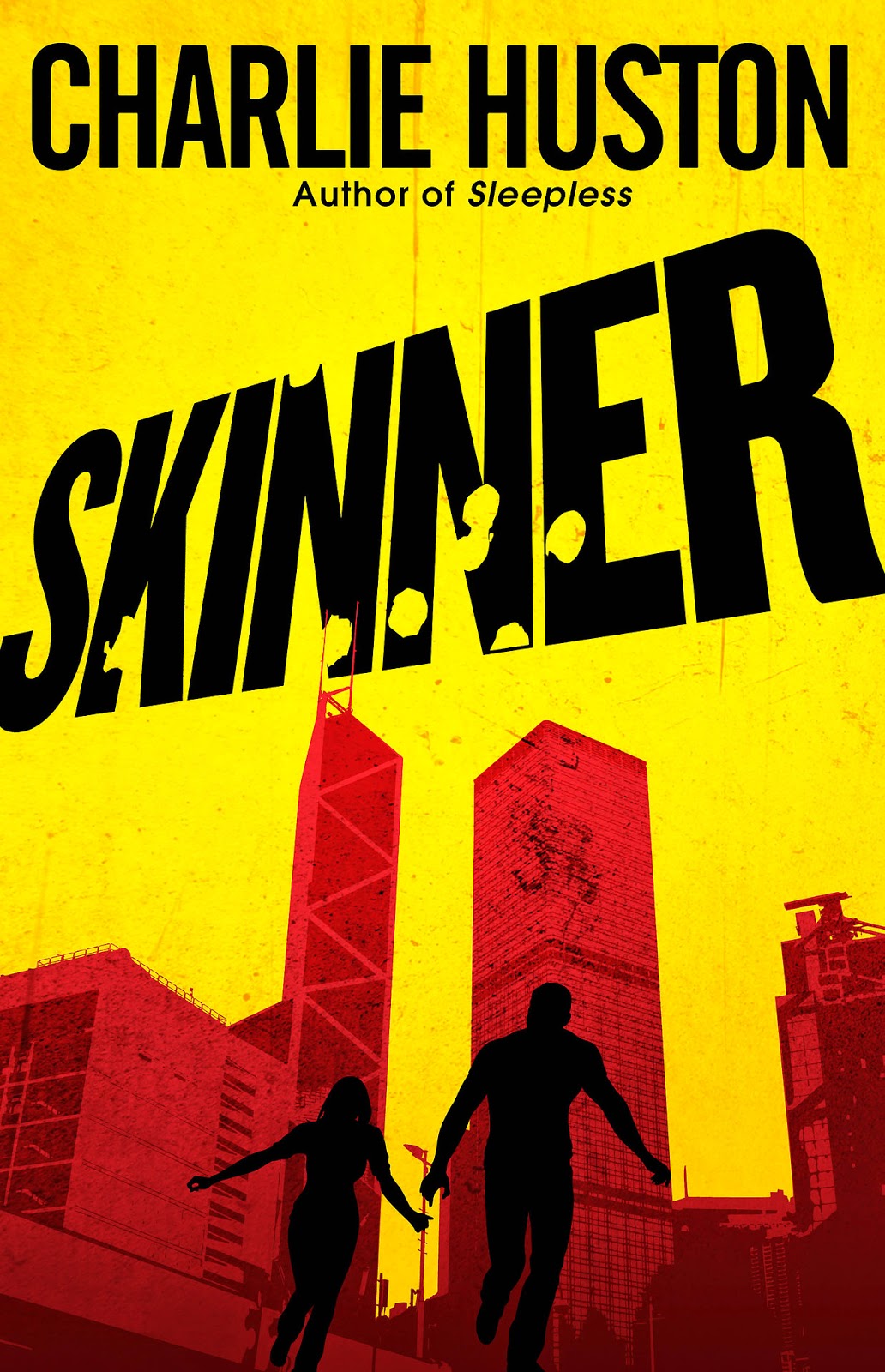 Skinner founded his career in "asset protection" on fear. To touch anyone under his protection was to invite destruction. A savagely effective methodology, until Skinner's CIA handlers began to fear him as much as his enemies did and banished him to the hinterlands of the intelligence community.

Now, an ornate and evolving cyber-terrorist attack is about to end that long exile. His asset is Jae, a roboticist with a gift for seeing the underlying systems violently shaping a new era of global guerrilla warfare.

At the root of it all is a young boy, the innocent seed of a plot grown in the slums of Mumbai. Brought to flower, that plot will tip the balance of world power in a perilous new direction.

A combination of Le Carre spycraft with Stephenson techno-philosophy from the novelist hailed by theWashington Post as "the voice of twenty-first century crime fiction," SKINNER is Charlie Huston's masterpiece--a new kind of thriller for a new kind of world. 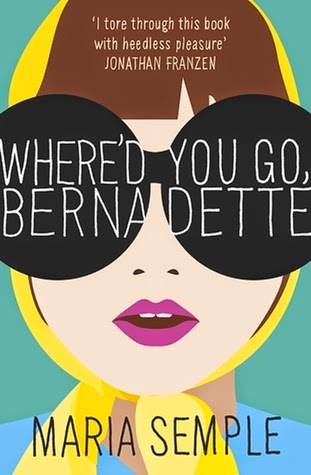 Bernadette Fox is notorious. To her Microsoft-guru husband, she's a fearlessly opinionated partner; to fellow private-school mothers in Seattle, she's a disgrace; to design mavens, she's a revolutionary architect, and to 15-year-old Bee, she is a best friend and, simply, Mom.

Then Bernadette disappears. It began when Bee aced her report card and claimed her promised reward: a family trip to Antarctica. But Bernadette's intensifying allergy to Seattle--and people in general--has made her so agoraphobic that a virtual assistant in India now runs her most basic errands. A trip to the end of the earth is problematic.

To find her mother, Bee compiles email messages, official documents, secret correspondence--creating a compulsively readable and touching novel about misplaced genius and a mother and daughter's role in an absurd world.
Posted by Steve Weddle at 7:56 AM

I hope that everybody goes out and buys a Hachette book this weekend. These are some great choices and there are plenty of others.

The latest Michael Koryta, THOSE WHO WISH ME DEAD, which came out this past Tuesday, is very good--tight, suspenseful plot and creepy villains.

The World's Biggest Crime Fiction Convention: Coming to a Screen Near You

By Claire Booth I’ve missed a few Sundays and I thought I’d explain why. For the past four years, I’ve been involved in planning the 2020 ...