The 2014 edition, June 6-8, will be the final Bloody Words convention and, appropriately I guess, the theme is, “Danse Macabre; Historical Mysteries and Dances of the Dead.”

The Guests of Honour will be Michael Jenks and Vicki Delany. As it says on her webpage, Vicki is a, “one woman crime wave,” with a couple of series on the go and standalones, including a ‘Rapid Reads,’ book (such a good idea, I think). 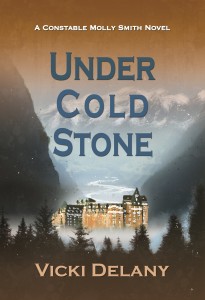 I guess there are just too many good conventions these days.

Still, I hope as many people as possible will come to Toronto for the final Bloody Words and send it off in style. And if you can’t make it to Toronto this summer, Bouchercon will be here in 2017 so I hope to see you then.

And this Thursday, May 8th, there will be a Noir @ the Bar in Toronto (I still think of these as, “Peter Rozovsky Presents Noir @ the Bar”) with a fantastic line-up (and also me):

Posted by John McFetridge at 12:30 AM