Fire In The Hole

My first Elmore Leonard novel was Rum Punch, which I read in 1997 when it was adapted into Jackie Brown. In all the time since -and through all of the Leonard novels I read- I never found a screen adaptation that bettered the Tarantino film, and none that came anywhere near as close to honouring the author.

Which is why Justified is causing such problems for me.

I was never really a fan of Raylan Givens. I'd not taken to Pronto or Riding The Rap in the way I'd fallen for Rum Punch, Glitz, Freaky Deaky, City Primeval or Cuba Libre. And the short story that took Raylan back to his roots, Fire In The Hole, had never struck me as anything to return to.

That's not to say any of the three tales featuring Givens were bad because Leonard didn't do bad. They just didn't engage me in the way many of his other works did. 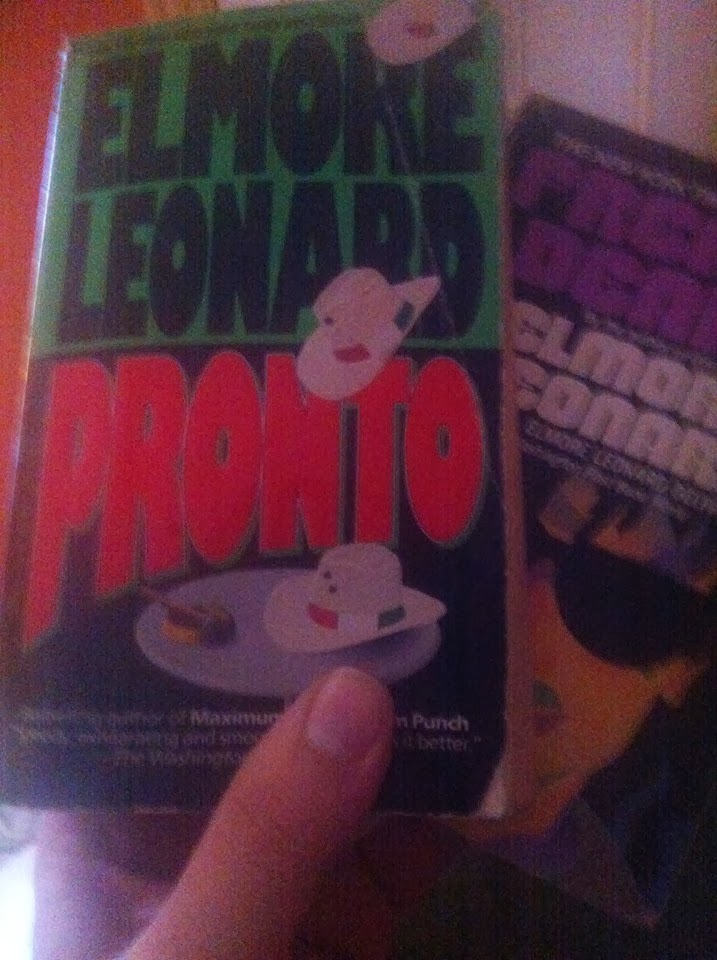 So when I first heard that Raylan Givens was coming to the small screen, I wasn't massively sold on the idea. I didn't even watch it for the first few years. I left the first three seasons for a binge all in one go shorty before season four.

It's fair to say that the first seven or eight episodes of the first season didn't do much to win me over, either. They had some charm, some good dialogue, and they were well made, but they didn't feel like they were doing anything to elevate material that hadn't grabbed me in the first place.

Then everyone involved with the show seemed to figure out what was needed, what the core story needed to be, and from episode nine ("Hatless") the show took off. The characters were interesting. The narratives were compulsive. I don't think the production has ever set a real foot in Kentucky, but they managed to create a setting that made this Englishman feel like he was getting to know Harlan County. And, furthermore, they started to tell stories that belonged to that area. They looked at coal mining, local corruption, family feuds, and stories that made the show feel different to any other identikit crime show.

Season two is one of the best uses of a television screen ever, and seasons three and four managed to maintain a level of consistency that place the show in my personal top tier. The fifth season is screening at the moment, and the sixth will be the final bow, bringing the characters to the end of their journey.

And the strange position the show has put me in, is that I feel it has improved on Leonard. Givens is an interesting bundle of anger and contradiction, a man who (to paraphrase one of the characters) is a hero who will run into a burning building, but who will also have started the fire in the first place. A man who seems to need a white hat and a badge to make him feel different to the people he grew up with, the life he ran away from, and who may fall apart if those things are taken from him. We have Boyd Crowder, a man who has been a white supremacist, a religious leader, a vigilante and a drug lord, and who seems to change his ideas to suit his needs. We're never given an answer on just how much Boyd ever believes what he says, and Walton Goggins has created one of the finest characters on television. We have Ava Crowder, who we first meet as an abused wife who has shot her husband, and  Dewey Crowe, a Neo-Nazi who somehow manages to be one of the most likable characters on TV.

Each of these characters was featured in the short story Fire In The Hole, but they each seem to have a life and a depth that they lacked in the source material.

So where does the magic come from? And am I alone in this? Is anyone else finding that the TV adventures of Raylan Givens are somehow an improvement on the master? What other adaptations can you think of that have improved on the source material?

I always liked the Raylan character, but agree with you on everything else.

What I think has enhanced the characters is time. Graham Yost et al have had more time than is available in even a novel, with more trusted inputs than Leonard alone, to allow the characters to work off each other and grow. They’re not afraid to go where their Muses take them, and FX appears to have given them their head.

The shows are, in fact filmed in Southern California, with one exception: the pilot was filmed largely in Kittanning, Pennsylvania, with a few scenes in Pittsburgh. I grew up about halfway between Pittsburgh and Kittanning, and know the area well. Not as hardscrabble as Harlan, but the potential is there is some folks don’t get their heads out of their asses.

(And, yes, Jackie Brown is the best Leonard adaptation, though Get Shorty is my favorite Leonard movie.)