What readers want from author appearances

So I made this storefront thing. You can get a flask.

A couple really nice reviews have hit the web recently here and here. Great sites you should add to your RSS reader toot sweet.

Also, friend-of-the-blog Dana King (GRIND JOINT) was nice enough to chat me up this week, as were the WSPR folks yesterday and the Book Chatter tonight with me and Neil Smith, John Rector, Johnny Shaw, and Stacey Cochran. 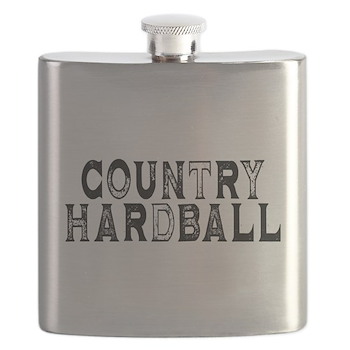 And next week I'll be in Richmond and New York City, reading and signs tens of copies of my book. These two events will consist of standing in front of people and trying to be entertaining or interesting enough for them to feel like it was worth the bother.

I expect it's a nerve-wracking experience. Writers don't always handle this well. At a reading once, William Faulkner became so nervous, that he defecated down the back of trousers.

I don't expect it to get that bad.

Here at DSD, I've talked about readings and author events. But that was in the abstract. Now this is kinda concrete, Lord willin and the creek don't rise.

And by "concrete" I mean the thing that hits my head if and when I pass out trying to read in front of people. What if I mispronounce something? What if I skip a line? What if there's a typo on the book? What I look up and see two people talking instead of listening to me because oh lord am I that boring but maybe they're talking about me and maybe they're saying how they were told I was a good writer but look at me up there now who do I think I am after all I'm no Karen Russell hell I'm not even Russell Karen who is that oh that's the guy I went to summer camp with and he shit himself in archery class oh you mean like William Faulkner?

So, you know, the reading.

I'm told to keep it under four hours and that handing out $100 bills to the audience is fine. I'm not sure about either of these things. I think my agent was probably just kidding about both. But I've never really understood her humor.

If you come out for readings, what do you like? What are some good ones you've been to? If you hate readings, why do you hate them?

What can I do to make you happy?

(UPDATE: Turns out the William Faulkner pooping his pants thing was a skit by Jimmy Kimmel, a late-night television comic. Sorry. We regret the error.)
Posted by Steve Weddle at 6:33 AM

I'd suggest having some sort of speech/presentation to deliver. This shouldn't be hard since this is your first book and you've got that story to tell. I've been to author events where the guy just answers questions. Boring. It was a shame, too, because he was one of my favs.

Damn you. I read this hoping you'd have pointers I could use, and all you have are questions.

Based on a chat with the bookstore owner, I second what Scott said above. I'm giving a brief talk about how I got and developed the idea for the book, then a short reading, then questions. I'm a virgin at this myself, so we'll see how it goes.

As for the actual reading, I printed up the pages to me read from my Word doc, 16 point, double spaced. I then marked it up so I'd remember where to pause, which words or syllables to accent, whatever I can do to make the reading sound better. (Not that I don't know all these things--I wrote it, after all--but to be sure I remember under pressure. I will also have read it aloud to myself, and the Beloved Spouse, several times. (All those years as a musician paying off yet again.)

One other point, a bit tangential: writers, myself included, love to make fun of the "Where do you get your ideas?" question, because it's second nature to us. Never underestimate how much readers want to know. I visited a cousin on the way to Bouchercon; my cousione's wife is an avid reader, and wanted to talk about the book. This is someone I'be known for over 40 years--though we don;t get together all that often--and the look on her face was disconcerting. She was fascinated, looked at me like Dana had been whisked away and Scottie had beamed An Author into her living room. Never underestimate the mileage to be had from letting folks see a little of that inside baseball stuff.

Worst advice: Picture your audience naked. The last reading I went to was for John Scalzi. I would not want to see most of those people naked. I don't even want to see me naked. Unfortunately, that makes it hard to take a shower.

Large font and picture myself naked.

New York readings are tough. The crowds here have seen a lot. It takes a little more effort to make an impression.

Plan on at least two interpretive dance routines. Only one has to involve costumes though--you're traveling pretty far and most people will be pretty understanding of that.

It would also help to wear something low-cut.

I would want you to make several connections/mentions between your rise to fame and BEAT to a PULP in general. Mention the name Cranmer at least twice. Stuff like that.

As always, my answer will be mostly serious. Reading isn't a requirement of author appearances. Robert B. Parker often didn't read at his, thinking his voice sounded boring (and having heard him read on television, I have to agree).

If you don't want to read, you can give a short intro of the book, followed by Q & A, and finally signing. Since COUNTRY HARDBALL is a novel in short stories, though, I recommend you read a scene from your favorite story or one you feel is a good jumping-off point to the rest of the novel.

I usually rehearse readings, removing or editing anything I stammer on. Unless the audience is reading along with you, they won't notice any changes until they get home. It's important to give a smooth read, but some readers are good at recovering from mistakes. You've probably developed a style as a poet and teacher that will come in handy. Good luck.