Why You Love Your Fictional Friends

Fast and Furious Fifty-Seven came out just a little while ago and no doubt the next fifty-seven are already a lock, most likely featuring some bald grumbling spawns of Vin Diesel. Sadly, there is also no doubt at some point I will watch all one hundred fourteen tire screeching renditions of the same film in some manner or other. Perhaps cable—that’s that method old people use watch shows—or satellite—the method through which old people fed up of being screwed terrestrially by cable opt to get screwed extraterrestrially —or perhaps Hulu, Roku, F.U. or some other manner of digital information transference. I purposely omitted DVD because, I mean, c’mon? I’m not sure they even they still even make dvds anymore and if they do they certainly don’t’ deserve capitalization at this point.

Still, reeling off the myriad technical options that have stampeded their way into becoming the hub of our existence as the buffalo were to the Native Americans of the plains, brings into stark opposition the relationship shared by the native Americans and the doughty, nearsighted, quadrupedal shag rug for which every part from hoof to horn had a purpose that could be mastered in childhood and then utilized throughout a lifetime. But with our buffalos progress and technology before you have even approached master level on any new piece of tech, that item is sooooo yesterday. (Blackberry anyone?!?!? (And yes, I went there with the text punctuation because I really want you to know that was question, emphatic, question, emphatic, question, emphatic!)That is so 2010?—originally this directly followed “Blackberry?!?!?!” and made perfect sense and was sorta funny in a snarky outdated way until the parenthesis ruined it. Don’t try to construct it in your head, just trust me on this.)) Did I miss a parenthesis in there? Probably, but no worries, mate, this whole writing thing will probably be obsolete before my 11th grade grammar teacher ever sees this post. 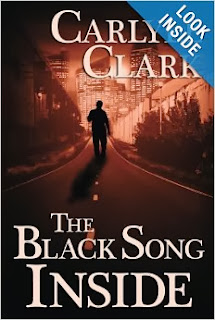 Now that you’re really wondering what I’m saying has to do with, you know, the title of this post, I will actually use that confabulation above to make my point in a metaphorical manner; it’ll help if you don’t pay attention too closely. No one likes a lookie-loo! But first some digression. Back in the day when movies first flickered to life, there were few sequels and those that were made were rightly derided as cheap knock-offs suckering chumps out of they’re chump change with the golden memories of the original. But why wasn’t the real effort invested in quality sequels when we see now they are so dumfoundiculoulsy lucrative? Not because they missed the cash boat, but because society was different then. People generallu worked for one company or employer, had one serious relationship that turned into marriage), and lived in one house all their adult lives. Even if they changed jobs or houses it was in the same community. People wanted novelty in all forms of entertainment, to be transported to a new place and time or be among some new characters.

And now to spite my own argument, there have always been wildly successful serial characters when it comes to crime, Sherlock Holmes, Hercule Poirot, Philip Marlowe to name just a few, in fact crime seems to have been their natural home whereas other genres are the literary-come-lately’s to understanding the power of recurrence. But why crime? I say because in any journey through a strange and violent landscape wouldn’t you prefer a guide you know and whom you know what to expect from? For instance, from this post, you’ll know that my choice of when to use whom instead of who is about eighty percent guess work, but I figure as long as you know what I mean, whom gives a crap? You see that? That right there? I’m referring to the who and whom nonsense. That my friends is the nature of the recurring character that carries a series encapsulated in a single sentence. If the byzantine workings of the first few paragraphs a elicited a snicker or three, what you got from “whom gives a crap?” was a snippet of the same that you already liked. If you didn’t like it you’re either gone and not reading this ( Good riddance - I never liked you anyway) or a literary masochist, either way the recurring character gives you what you need, baby. More and more of that good stuff that you know you like, a hedge against the crazy rápido thing we call life in today’s techno wonderland.

So much do we love our fictional friends that we’ll forgive virtually anything. Like say the venerable Spenser, with an ‘s’ as the PI himself always says, of the forty book series and the centerpiece of the Spenser for Hire TV show starring the late great Robert Urich. Spenser is a veteran of the Korean War. My dad is a veteran of the Korean War. My dad is eighty-one years old. So Spenser’s an ass-kicking octogenarian who box the brains out of three or four thugs at once, and you know what? I don’t care that that’s more than a wee bit far-fetched because: I. Like. Spenser. He’s reliable. I know what I’m going to get from Spenser and I don’t have master the latest Genius phone to get it.

Carlyle Clark author of The Black Song Inside published by Thomas & Mercer
Posted by Steve Weddle at 6:36 AM

Good post. I like the idea of a guide I know through strange and violent landscapes. And I think you're right, the change from the single mate-job-home to the more transient lifestyle has an effect on the content of our art and pop culture.