The following are some of my favorite collections and anthologies that were published in 2013. How about you? What are your favorite? 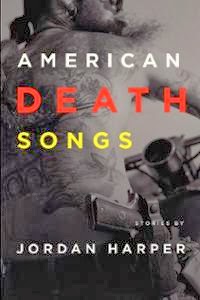 From the California high desert to a Texas prison yard, from Ozarks dive bars to the shadows of Hollywood, these stories burst with gutter grandeur and criminal mythology. Harper burns through prison-tatted flesh to expose his characters’ hardened, scarred but still beating hearts. And he does it with a virtuoso prose style that mixes pulp panache and literary flare into pure nitroglycerin. 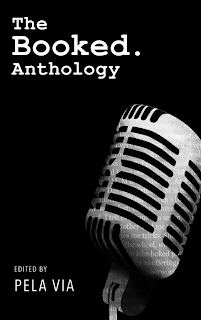 Booked. They've traveled the country tirelessly for two years, with stops in Chicago, St. Louis, Boston, Milwaukee, L.A., North Korea, The Dark Side of the Moon, and damn near every Waffle House along the way, all in order to bring you, the listener, over 150 episodes, over 75 authors. They've won awards, covered scoops, scandals, archived hours of authors acting badly. They've broken a few hearts on this journey - their voices can be like Russian Roulette in the headphones of the unsuspecting - but now they've called in their markers to leave their own stain on the literary landscape. And you're holding it in your hands, or your hook, which would probably tear the hell out of lesser books. But not this one. All original stories, multiple genres, never been seen, never been read. It's their way of giving back. Although these authors probably consider it more like theft. The Booked. Anthology. There's a period in the middle because it's that serious to say it out loud.


Beat to a Pulp: Hardboiled 2 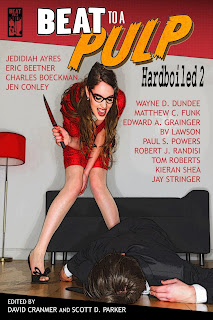 
In 2010 the online crime fiction journal All Due Respect blasted its way across the internet leaving a trail of blood and mayhem. Written by some of the best up and coming authors on the crime fiction scene, the stories inside this volume will leave you breathless. A few of them may even make you sick to your stomach and then double check all your doors and windows before you go to sleep. These pages are filled with thugs, grifters, dope dealers, and killers who make no apologies about who they are or what they do. All Due Respect is about crime, not the solving of crime, not the bemoaning of crime, just the bad things that bad people do. So pull up a chair, grab a drink, and keep an eye on that guy in the corner as you read All Due Respect. 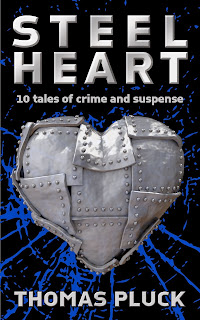 Thomas Pluck writes unflinching fiction with heart. Here are ten tales of fierce emotion from the streets, the underbelly, and the house next door.

Entire novels are often written about a single crime, detailing every gruesome, dark detail until the last drop of blood spatters across the page. Yet in this mystery anthology, renowned editor and author Otto Penzler weaves together to heart-stopping effect more than ninety tales of brutality, terror, and unexpected demise, with each story told in a swift one thousand words or less.

These crimes may be fast in both form and fallout, but none lack the dark impulses that too often guide human hands to ill ends. Prepare to be transported into the diabolical schemes of criminal masterminds…into robberies and pranks gone horribly awry…into closets crammed with skeletons…into families bound not by love but wickedness.

The Beautiful That Awaits Us All by Laird Barron 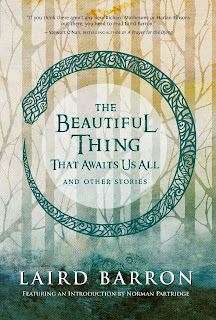 Over the course of two award-winning collections and a critically acclaimed novel, The Croning, Laird Barron has arisen as one of the strongest and most original literary voices in modern horror and the dark fantastic. Melding supernatural horror with hardboiled noir, espionage, and a scientific backbone, Barron’s stories have garnered critical acclaim and have been reprinted in numerous year’s best anthologies and nominated for multiple awards, including the Crawford, International Horror Guild, Shirley Jackson, Theodore Sturgeon, and World Fantasy awards.

Posted by Brian Lindenmuth at 7:01 AM

I liked Steel Hearts quite a bit. I haven't read any of the others yet.